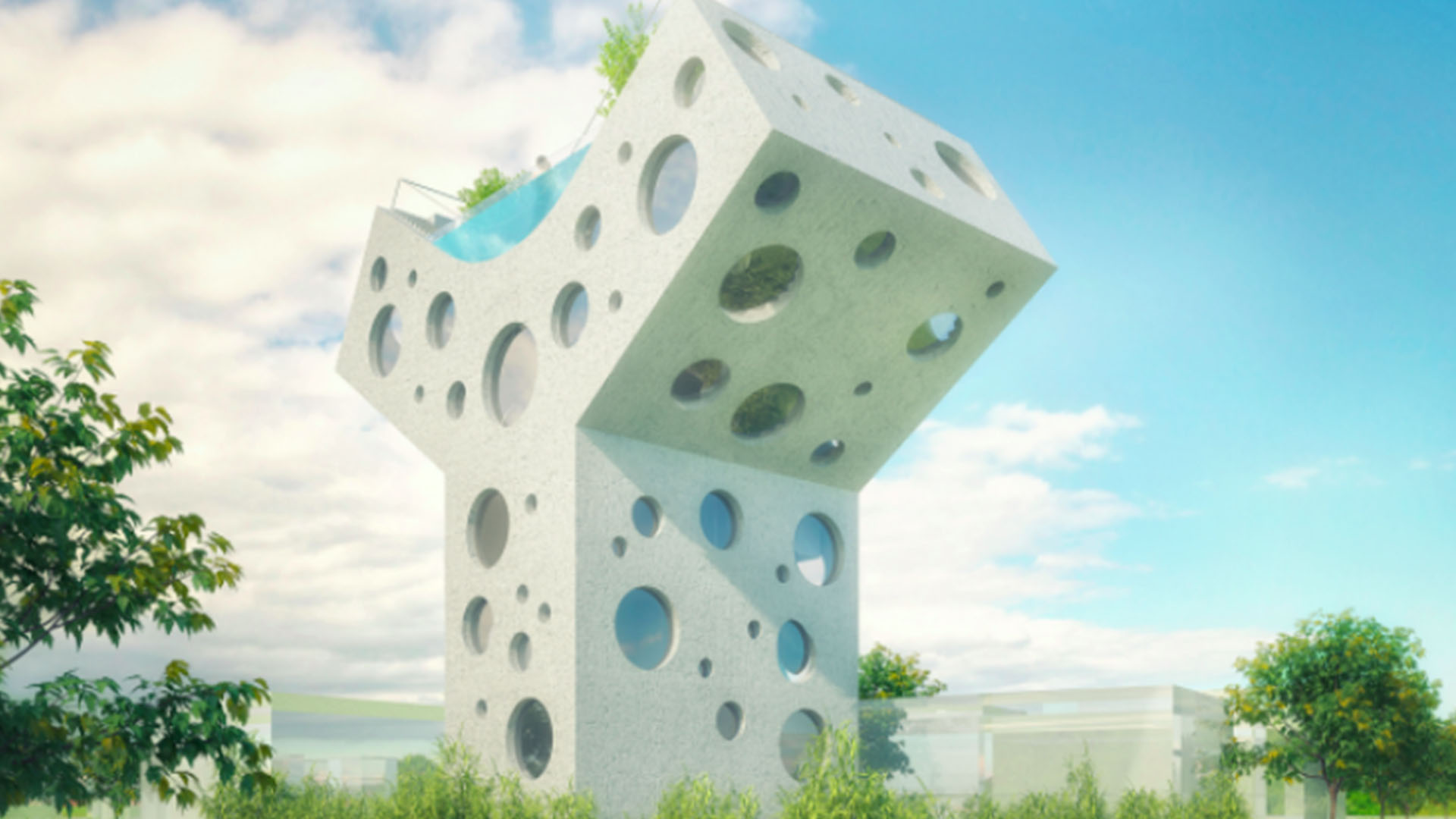 This Y-shaped house asks why not embrace unconventional architecture.

The creative proposal from Dutch architects MVRDV would also have a swimming pool suspended in the fork of the Y, not recommended for those with a fear of heights.

Dotted around the concrete exterior of the building are circular windows, designed to maximise the unusual home’s ocean views. 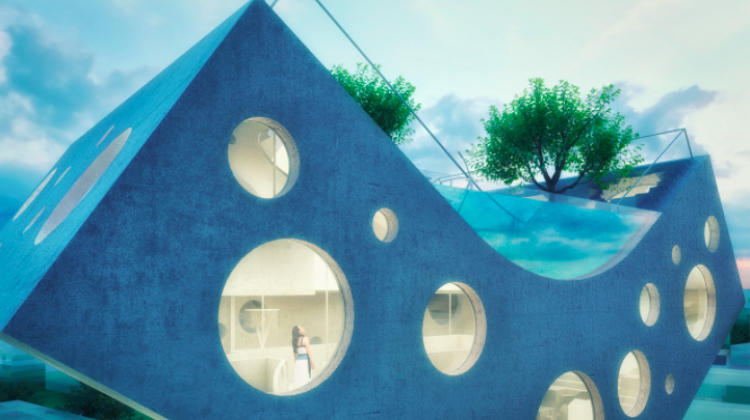 It’s being built as a holiday house for city workers, who rarely have the space for pools in their permanent houses.

Currently in planning stages, the Y-shaped house will be built on the outskirts of Tainan city, Taiwan.

The firm had the winning designs in a competition to redesign the area known as the T-axis part of Tainan. 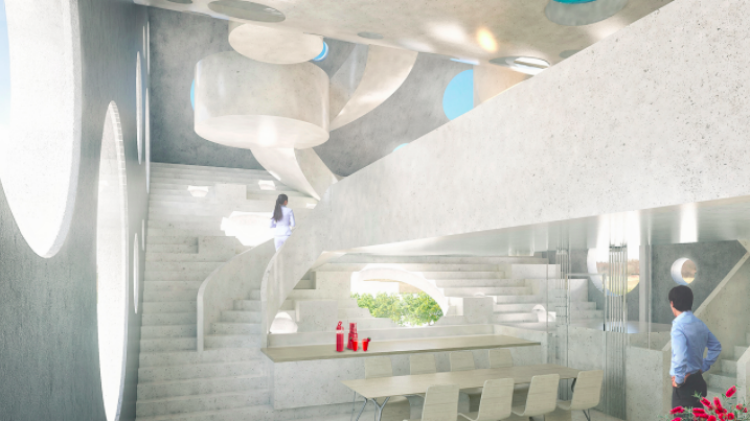 Commenting on the top-heavy shape of the design Winy Maas, MVRDV co-founder told Dezeen the Y House is a light-filled “landmark in and of itself”.

“The proposal gives an identity to an otherwise nondescript site, standing out amongst the rest, and marking the development from a distance.”

In the stem of the Y are the master bedroom and ensuite, two children’s rooms and a guest bedroom. 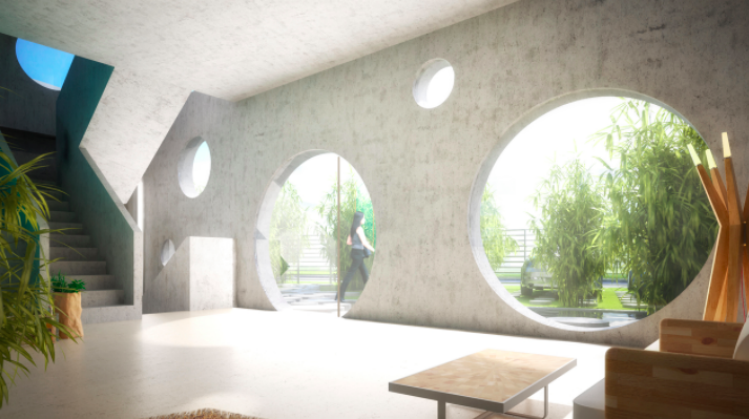 Upstairs raised above the neighbours houses is the open-plan living and dining area, with seats built into the walls and custom-built furniture to match the concrete walls.

For days when the sun isn’t shining there’s also a solarium on the rooftop deck next to the pool, and plenty of entertaining space up there.

The house is surrounded by a shallow pool with water plants and stepping stones all arranged according to the principles of Feng Shui.