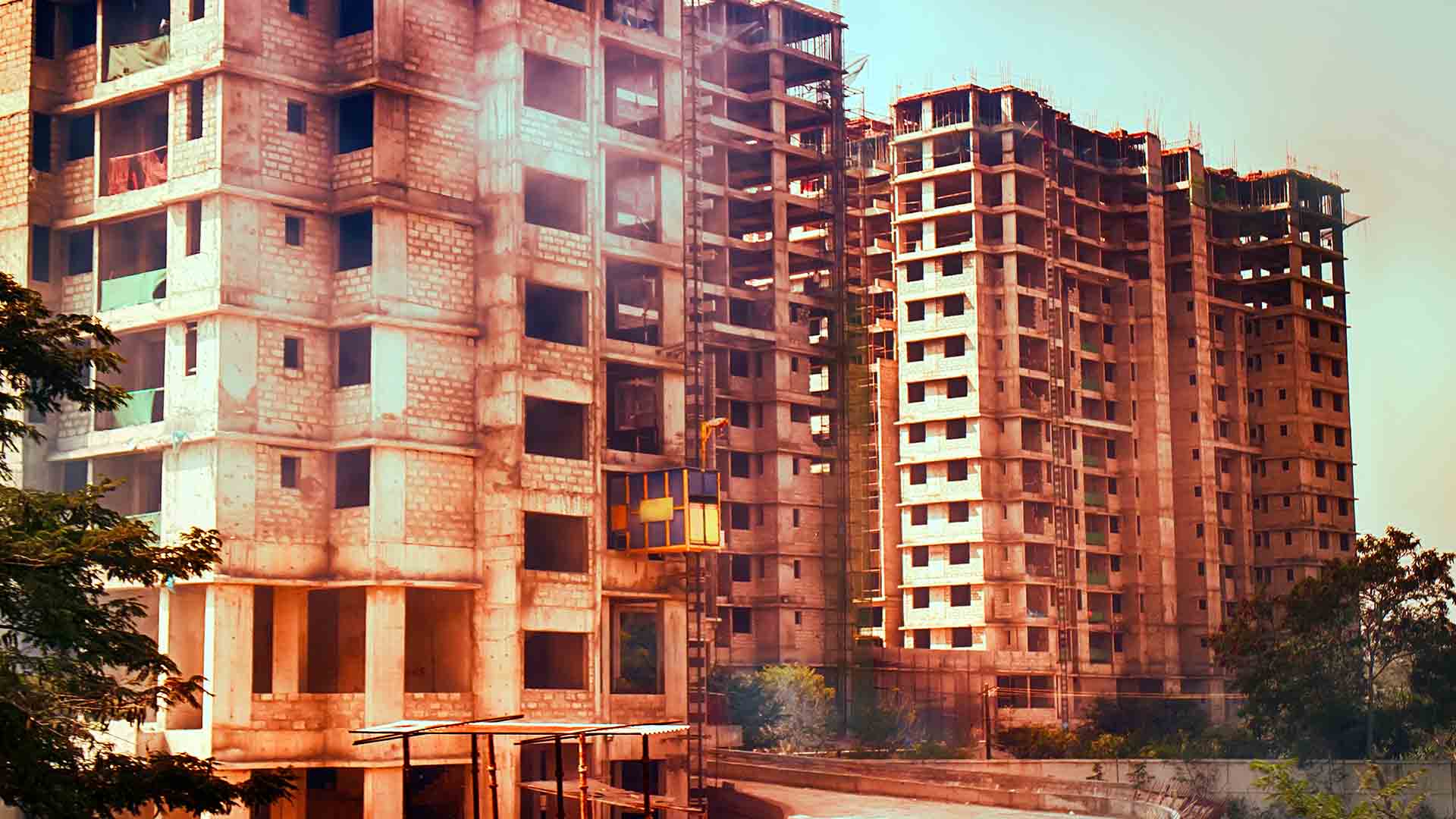 Many developers are now recalibrating their market strategies, reducing effective cost of their property and restricting new launches to reduce their inventory.

BENGALURU: For those seeking to get on to the property ladder, this may be the best time to do so after average property prices declined steeply across top eight cities in the country in 2016.

The latest report from global property consultant Cushman & Wakefield said that the ticket size of new launches across top eight cities saw an average decline of 14% year – on – year.

Further, the prices of new units may also see some changes this year, as many developers are seeking to lower effective ownership costs and enhance affordability by either offering attractive discounts or smaller units. 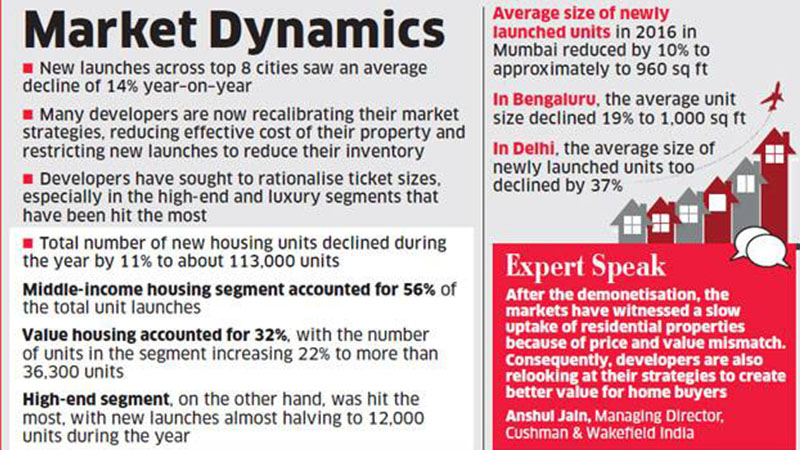 Anshul Jain, Managing Director at Cushman & Wakefield India, said: “After demonetisation, the markets have witnessed a slow uptake of residential properties because of price and value mismatch. Consequently, developers are also relooking at their strategies to create better value for home buyers.”
Many developers are now recalibrating their market strategies, reducing effective cost of their property and restricting new launches to reduce their inventory. In the majority of the cities covered by Cushman & Wakefield, developers have sought to rationalise ticket sizes, especially in the high-end and luxury segments that have been hit the most.
“We have deferred our new launches as there is a lot of uncertainty in the market with regard to the real-estate regulator,” said Bijay Agarwal, Managing Director at Salarpuria Sattva Group.
Reflecting the market dynamics, the total number of new housing units declined during the year by 11% to about 113,000 units. Of this, the middle-income housing segment accounted for 56% of the total unit launches, followed by value housing at 32%, with the number of units in the segment increasing 22% to more than 36,300 units. The high-end segment, on the other hand, was hit the most, with new launches almost halving to 12,000 units during the year.

“The residential sales market is frozen. There is nothing moving,” said another top builder, who did not wish to be quoted.
In projects that have already been launched and where units remain unsold, developers are offering discounts and other funding plans to decrease their inventory, and these plans will continue for a while until the markets finds a balance. Attractive plans, underpinned by reduced bank loan rates, are expected to lift sales by the end of the year and going into the next year.