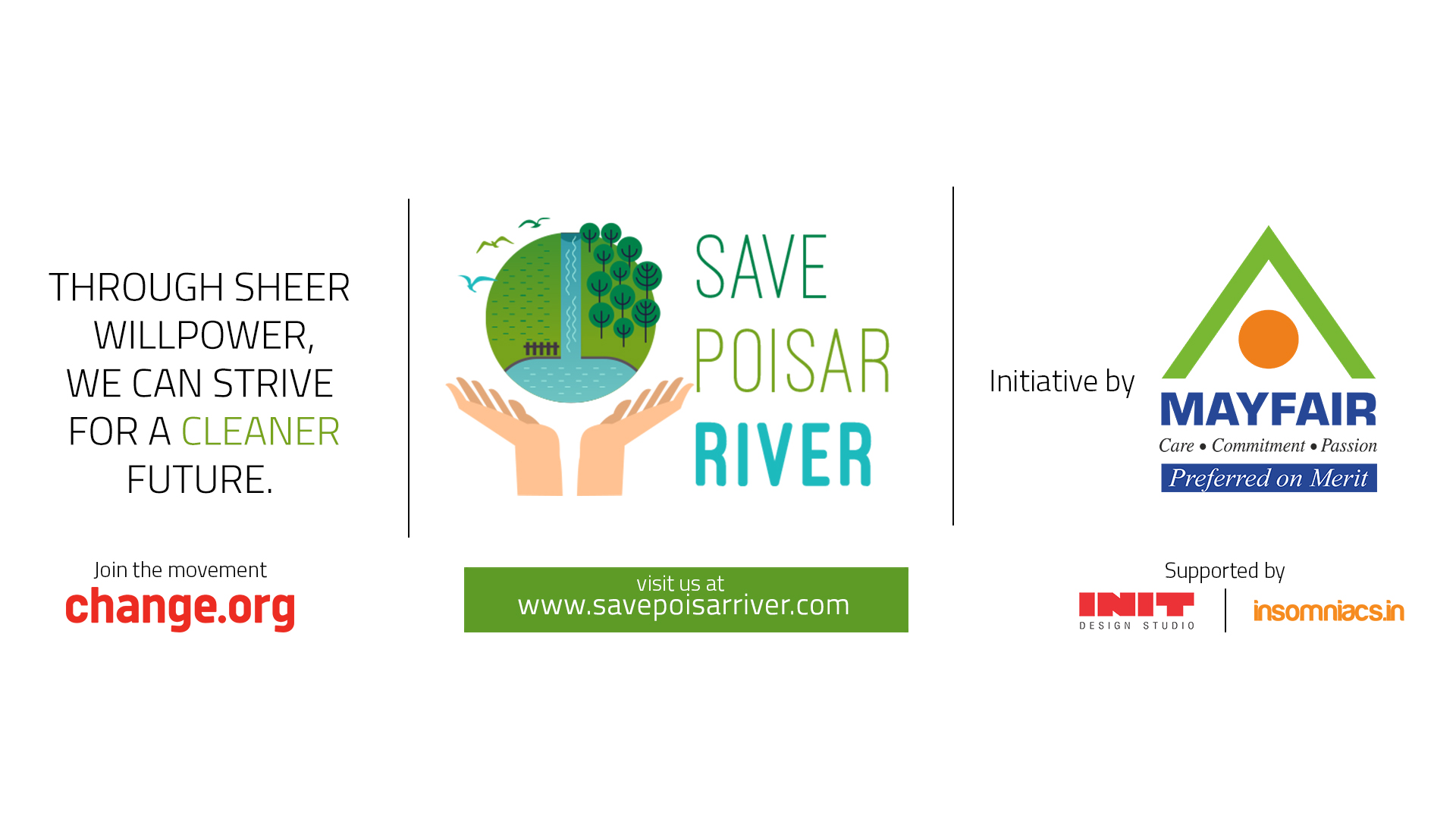 Over the last two decades, Mumbai has lost all the four rivers that used to flow through the city due to excessive river pollution. What was once considered to be beautiful as well as source of freshness and calmness is now the cradle of decay and waste. All that is left of these rivers are nothing more than garbage heaps. The once beautiful rivers are now referred to as “Nallahs” with the Poisar River included in that very list. The question now is, what can we do about it?

The Poisar River originates from Sanjay Gandhi National Park and merges with the Arabian Sea. It is one of the four rivers of Mumbai including Dahisar, Mithi and Oshiwara. The Poisar river was once a centre of attraction of the city of Mumbai where film shoots used to take place on the river premises itself. Alas, it has all but faded into old memories. These days, the river is nothing less than a pool of pollution, toxic waste and garbage, spreading disease and un-hygienic filth in the nearby localities.
In a major Initiative, premiere real estate developer Mayfair Housing has launched a nationwide campaign, termed as ‘Save Poisar River’. The campaign aims at restoring the Poisar river back to its original beauty for which it was famous. The proposed restoration plan of the river spans over five years, including the construction of box drains on both sides of the river to carry the discharge, construction of a dam at the origin and development of open spaces around the river. It also focuses on rehabilitation and resettlement of the slum areas and construction of check dams to control the velocity of the river.

Watch the following campaign video, published by Mayfair Housing on their YouTube Channel:

Mayfair Housing has already started its campaign across social media through its Facebook and Twitter page with #SavePoisarRiver. They have also launched a website, i.e. savepoisarriver.com , where you can go ahead and find out more about their initiative. You can also sign a petition to show your support for the initiative. Mayfair Housing, leading from the front, especially due to the fact that the general conception about real estate companies is only profit orientation. Mayfair Housing is not only breaking the status-quo but is also encouraging other big establishments, real estate or not, to come forward and join hands towards this noble cause.

We at Realty NXT, pledge our support towards this campaign. We urge everyone to sign the petition and spread the word so that we can make is successful.