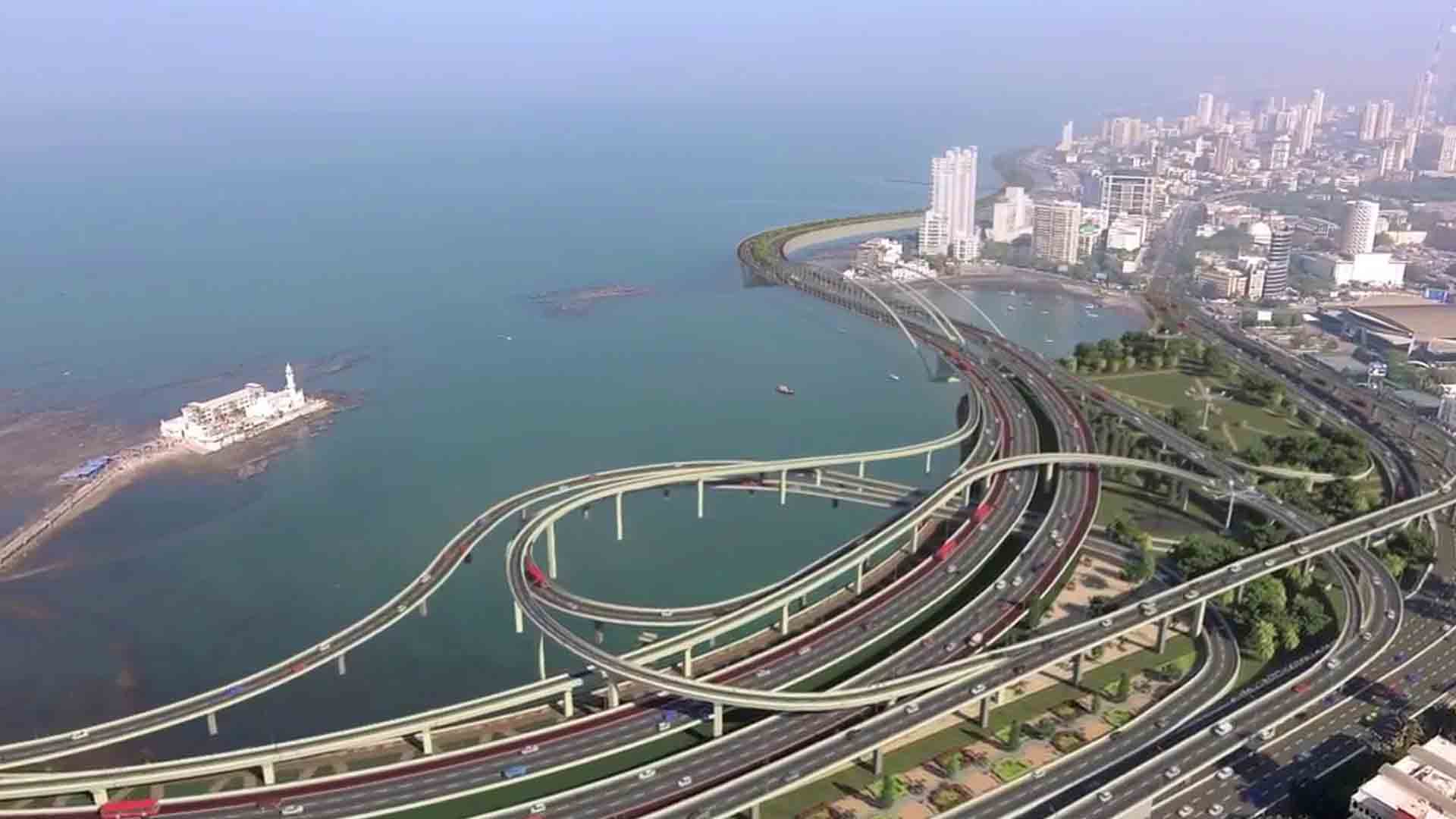 The Brihanmumbai Municipal Corporation’s (BMC) ambitious Mumbai coastal road project is now in the last stages of finalising tenders. According to Civic officials, the request for proposal (RFP) shall be issued by this week, after that qualified companies are eligible for submission of their technical and financial bids.

The civic body chief gave his approval yesterday, to invite RFPs from eligible bidders and the same was confirmed by senior civic officials. BMC has already set a deadline of November 21st, 2017, to finalize the contractor who will handle phase 1 of the Mumbai coastal road project. Once the same is final, BMC is hoping to start the construction work by early 2018.

The ₹ 15,000 crore project will be an eight lane 29 km road along Mumbai’s coast connecting Nariman Point in South Mumbai and Kandivali in the western suburbs. At the moment, it takes about three hours for commuters to travel the distance but once the Mumbai coastal road project is complete, it will cut travel time substantially. The project will consist of under-sea tunnels, elevated roads and road on reclaimed land. Phase 1 will start from Princess Street flyover to Bandra-Worli sea link for which BMC will reclaim about 90 hectares.

“As many as 17 bidders have participated in the request for qualification (RFQ) process held in November 2016, out of which, the qualified companies shall be asked to submit their proposals for the final round.” said a senior civic official. He also added that the companies disqualified in the process will be given an explanation from BMC. However, officials have refused to give out any information on the names of qualified companies.

Once the companies qualify the technical criteria, the one with the lowest bid will be selected to execute the project. The bidders for the highly ambitious Mumbai coastal road project include six international and five Indian companies. Some of the reputed companies who have participated in the bid include the likes of Reliance, HCC and L&T. Recently the project received green light from the Central government’s Ministry of Environment.