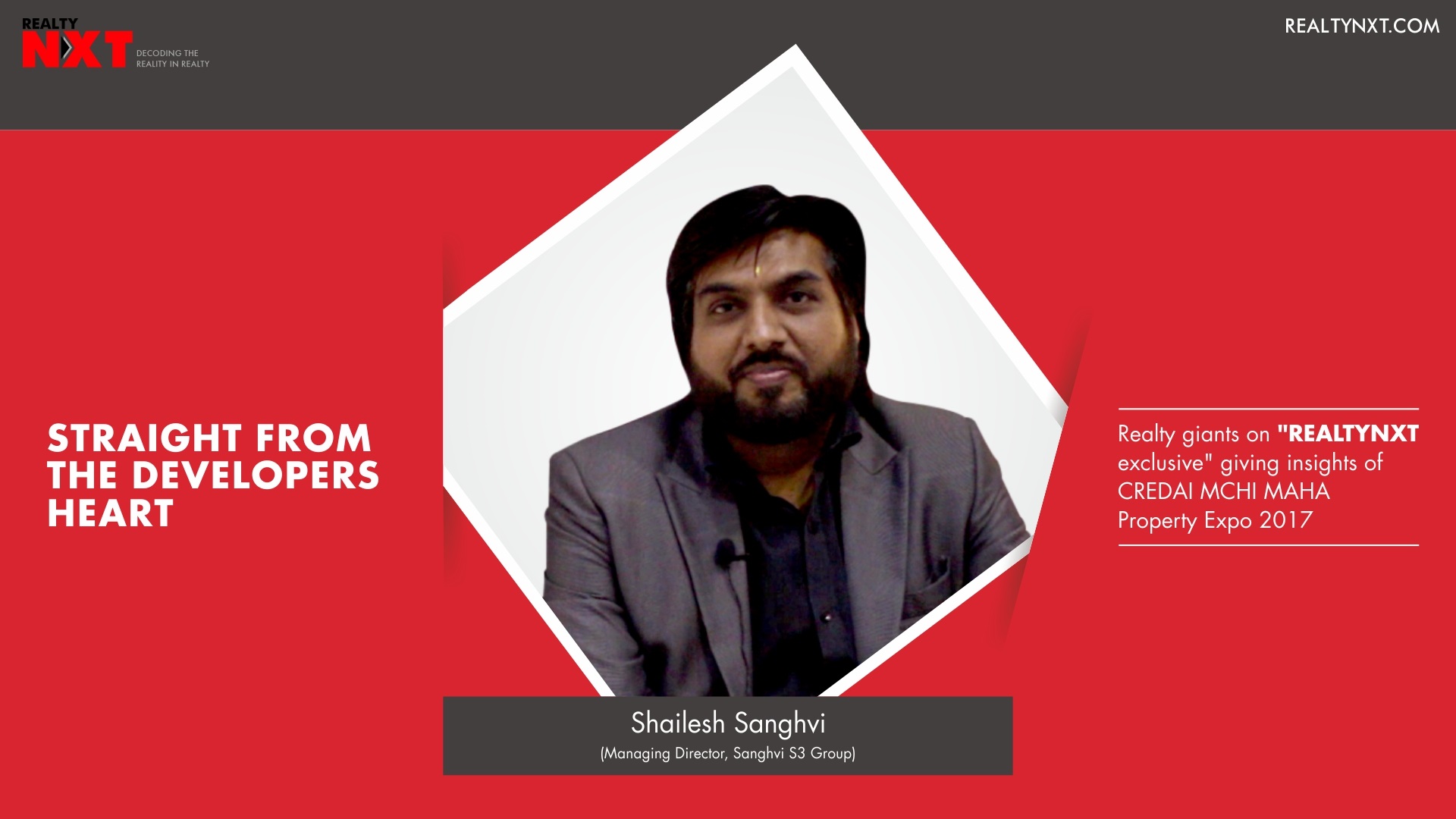 RealtyNXT brings you an exclusive interview with Mr. Shailesh Sanghvi, MD Sanghvi S3 Group, at the CREDAI-MCHI Maha Property EXPO 2017. Talking out on the new features of the latest edition of MCHI Expo, he specifically points out at Expo’s post RERA speciality. Because unlike the previous edition, this year’s Expo brings out only the filtered projects, in the terms of RERA registry. Which means the assurance comes from the government itself, bringing out the excitement in developer and the customers as well.

He expresses his excitement on the current scenario as the developers are trying to adapt to the changing phase of the market. In order to cope up with the increasing developments, they are introducing many attractive schemes. He highly recommends the customers to buy the ready flats now, as after the end of the financial year, market is supposed to be shooting up.

He praises RERA but also insists the need to bring the government under it as well. As the developers are supposed to submit their application under RERA, the government is not bound by any constraints on providing the certificates. According to him, this process needs to be swift. Hence there arises a need for a benchmark for a window clearance.