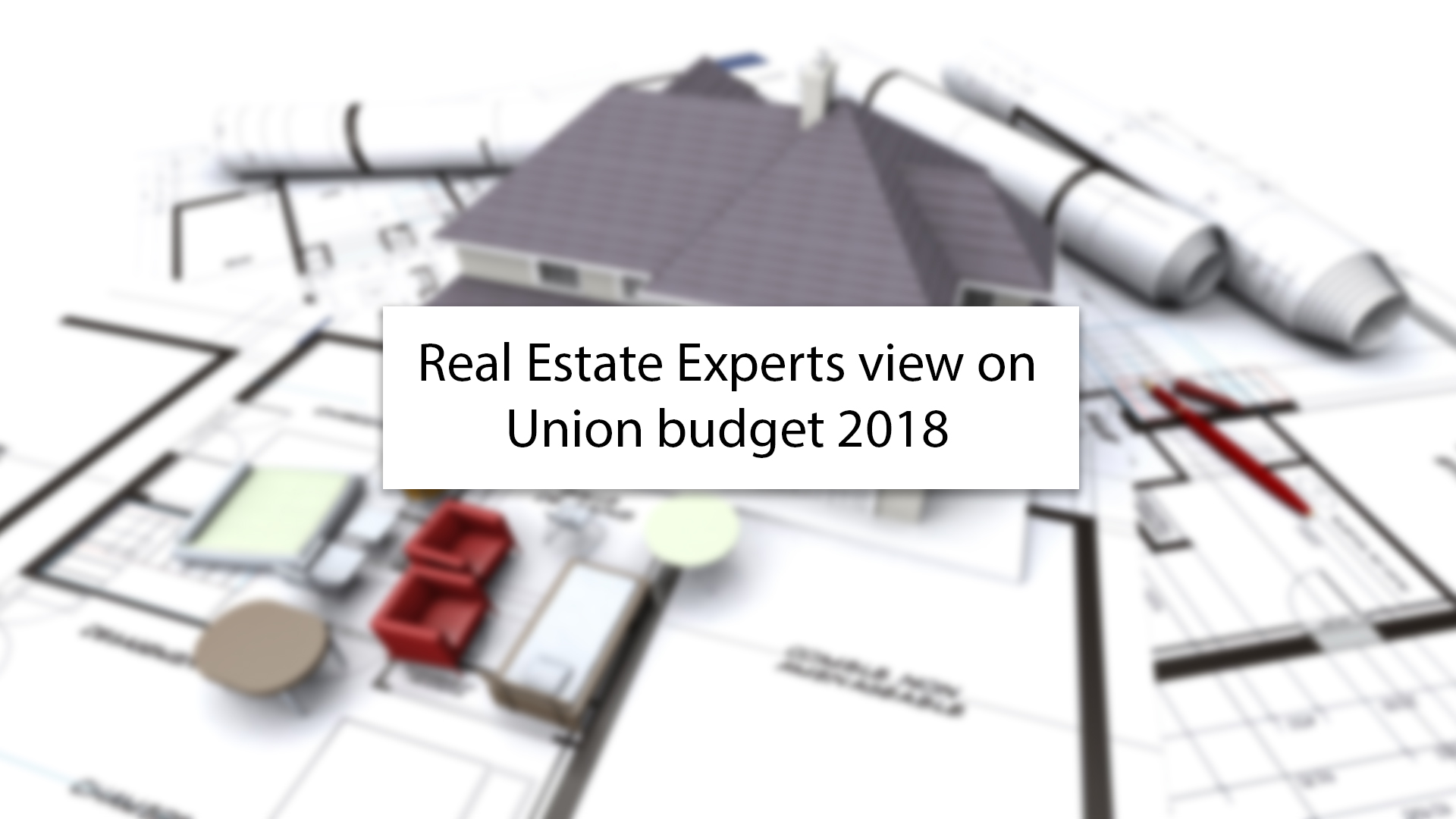 The Union Budget 2018 was presented by the Finance Minister Arun Jaitley on Thursday. Various factors such as agriculture, farmers and rural India seemed to be the focus of this year’s budget. Even though the budget did not actually cover the real estate sector, the announcements for the affordable housing sector has pleased the whole industry. According to the experts, the Union Budget 2018 will not have any direct impact on the real estate sector as the expectations of concessional GST for housing sector was not met on an overall basis. Here is what the big-shots of the industry had to say about it.

Nayan Shah, Managing Director, Mayfair Housing: According to his thoughts, the deeper logic of the budget will favour some factors of the real estate sector. Firstly, are the long term capital gains, that are subjected to capital gains tax at 10 percent. From now onwards rendering investment in real estate will be more attractive than ever before. Secondly, he agrees on the fact that the salaried employees and senior citizens should receive tax breaks by providing them money in hand for purchasing a house. There must be an emphasis on infrastructure comprising public investment in the rural areas, urban connectivity, agricultural marketing to multiply investment prospects for real estate sector.

Niranjan Hiranandani, President, NAREDCO: He warmly welcomes the initiatives proposed by the FM Arun Jaitley. He rated the budget 3 out of a possible 5 from the real estate perspective. He took the government’s move to an affordable housing fund in the National Housing Bank as positive. He also appreciated the propositions towards Suburban Railways in Mumbai by the government. He said, “Improved railway network and accessibility generally will have a positive multiplier effect on real estate.”

Ashish R. Puravankara, Managing Director, Puravankara Limited: He believes that the Union Budget 2018-19 has demonstrated an encouraging growth story for India. A notification of the GST council acted as the precursor for Union 2018 for the real estate sector, in which the concessional rate (of GST) acquired under the Credit Linked Subsidy Scheme (CLSS) will be extended for Housing for All (PMAY) effectively came into force as on 25th January 2018. Which brings down the GST for under-construction homes from 12% to 8%. He further expresses a positive impact brought upon the health of corporate India, by the extension of corporate tax rate of 25% to companies with the turnover up to Rs. 250 crores from just Rs. 50 crores till last year.

Mr. JC Sharma, VC&MD, SOBHA Ltd: He believes that the initiatives outlined in the budget will help enhance the growth of the economy. These measures taken by the government clearly indicates their focus on boosting the housing sector and meeting the requirements of the middle class. According to him, a dividend distribution tax of 10 percent applicable on equity-oriented mutual fund, will bring at par with Long Term Capital Gain (LTCG) of 10 percent. He believes that these steps will encourage the buyers to purchase home as an investment, especially if they do not already own any property.

Manoj Gaur, Vice President CREDAI-National & MD, Gaurs Group: Manoj Gaur said that heavy allocation of funds toward infrastructure upgradation will help the nation’s development as he welcomed the 2018 Union Budget. He, however, pointed to the fact that the government missed on providing the much-needed cushion to the realty sector. He has hoped for incentives for the sector as this was the first budget after the implementation of GST and RERA Act. He was pleased with the government’s commitment towards Housing for All 2022.

Deepak Kapoor, President CREDAI-Western U.HP. & Director, Gulshan Homz: Deepak Kapoor welcomes the government’s move towards MSMEs. Kapoor opined that even though the government did not make any changes to the tax structure, it did provide benefits to MSMEs. He appreciated the government’s move to extend the corporate tax rate of 25 percent for companies with annual revenue up to Rs. 250 crores. With the reduced tax burden, the industry will see new jobs and start-ups.

Gaurav Gupta, General Secretary CREDAI-Ghaziabad & Director, SG Estates: He observed that even though the real estate sector was given importance at the Union Budget 2018, the proposal to develop 4 lakh kilometers of road and upgrading rural infrastructure will greatly bring up the Tier 2 and 3 cities of India on the realty map. He added that it will boost housing demand and investment opportunities for those regions.

Abhishek Bansal, Executive Director, Pacific Group: He appreciated the government’s interest towards enhancing infrastructure with a fund of Rs. 50 lakh crore. With real estate sector, a no-show, he added that better infrastructure and connectivity will pave way for greater housing and commercial demand in the developing regions.

Parth Mehta, Managing Director, Paradigm Realty: He said that as the salaried group significantly contributes in the industry, the proposed standard deduction would be a breather for potential buyers and would empower them with a higher purchasing power, when it comes to real estate investment. As the government is planning to build one crore houses under Pradhan Mantri Awas Yojana (PMAY) and setting up a dedicated fund under the NHB the goal of Housing for All, is on track. He concluded by adding that building smart cities is another right step, that will effectively influence the demand for housing in times to come.

Digant Parekh, Forefront Group: According to him, the budget did not have any incentive for real estate sector as a whole. Although good incentive has been given to affordable housing, Mr. Parekh said that the government should have viewed real estate as a whole rather than a particular segment. In his thoughts, the biggest dampener for under construction projects has been the advent of GST and stamp duty, clubbing and bringing them down to an aggregate of 10% from the current 18% would certainly help in the revival of the sector. This would further generate additional employment by helping the government to achieve its socialist objective.