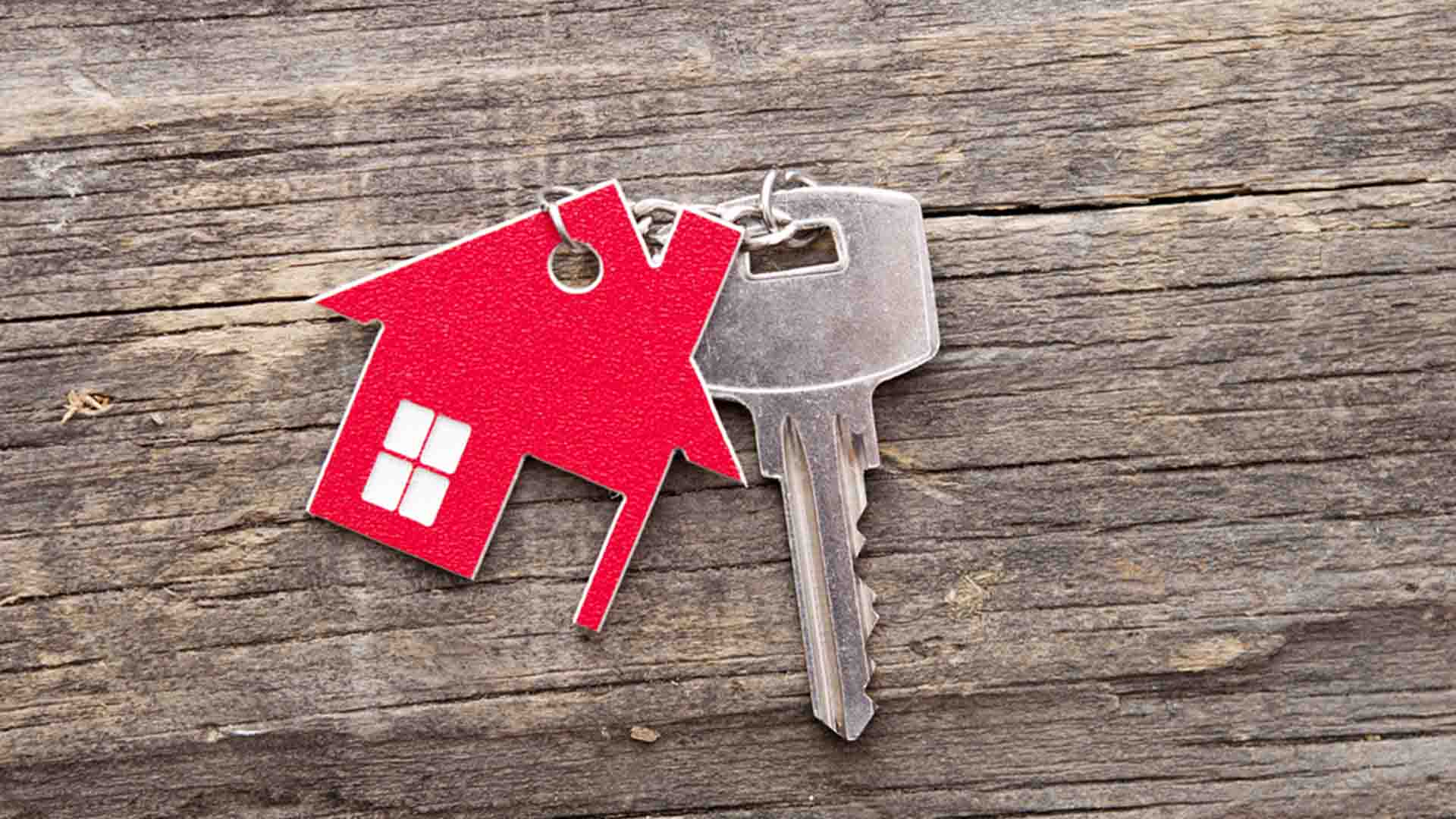 Emerging as the front-runner in the major South Indian markets in terms of new housing supply infusion, Bengaluru saw significant growth in new housing launches as well as absorption in Q1 2018. In fact, Bengaluru saw highest launches among these markets with nearly 6,800 new units supply in comparison to Hyderabad and Chennai, which saw the launch of 2,600 and 2,100 units respectively. Bengaluru also leads on the absorption front, with a total of 11,500 units sold in Q1 2018.

“Increased commercial activity, positive buyer sentiments, infrastructure upgrades and improved job opportunities in the city have given a major fillip to Bengaluru’s housing market,” says Anuj Puri, Chairman – ANAROCK Property Consultants. “This market is largely driven by the end-users who were in wait-and-watch mode so far. These buyers have now actively returned to the market on the back of the overall sentiment upsurge resulting from the Bengaluru’s rapidly improving market fundamentals.” 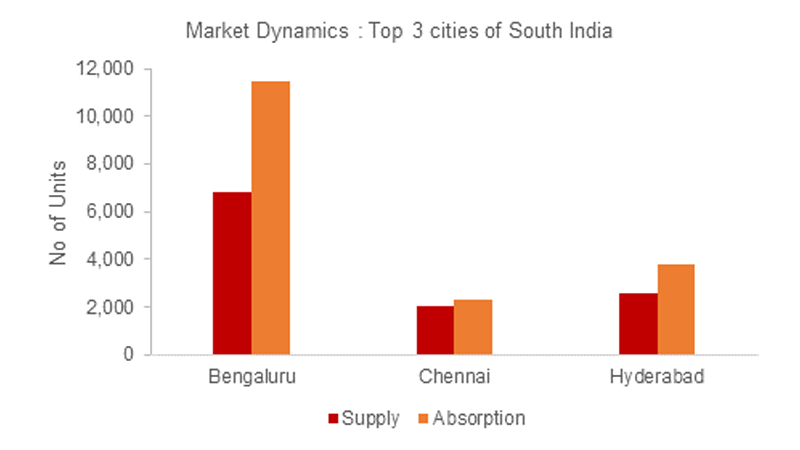 Bengaluru realty on an upswing

“Even at a pan-India level, Bengaluru’s residential market is currently only second to the Mumbai Metropolitan Region (MMR) in terms of supply and absorption for Q1 2018,” says Puri. “This enhanced market performance is primarily led by increasing demand from the IT-ITeS sector, which has belied the fears of US President Trump’s policies putting a fatal dent into India’s InfoTech story.  Other factors at play in Bengaluru are the thriving start-up ecosystem across the city, the presence of excellent education and healthcare facilities, and constantly improving physical infrastructure.” 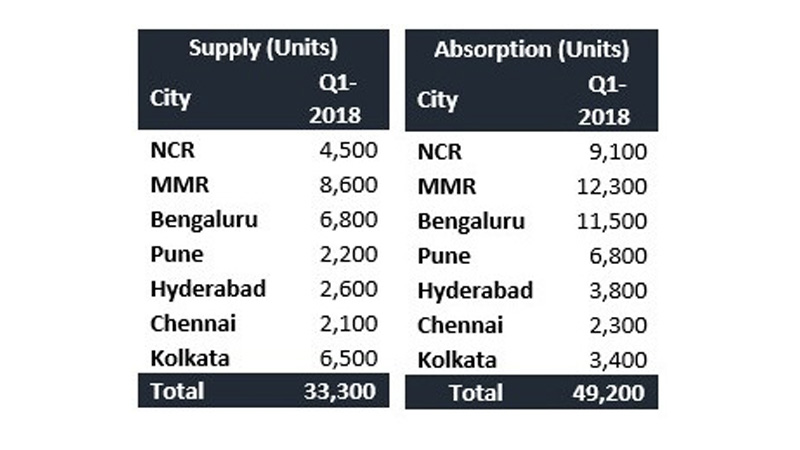 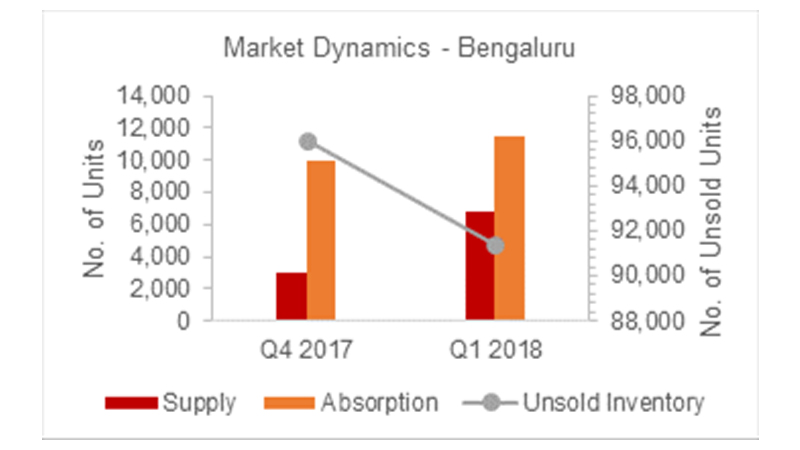 Besides housing many HNIs, the city is also home to several mid-level IT professionals who have added to the demand for mid-segment (Rs. 40 lakh – Rs. 80 lakh) housing. Micro markets that have multiple options in this segment include Whitefield, Outer Ring Road, Sarjapur Road, and Electronic City, and also a few locations in North Bengaluru. Affordable housing options (< ₹40 lakh) are also fast catching up in the suburbs of Hosur Road, Mysore Road, etc. 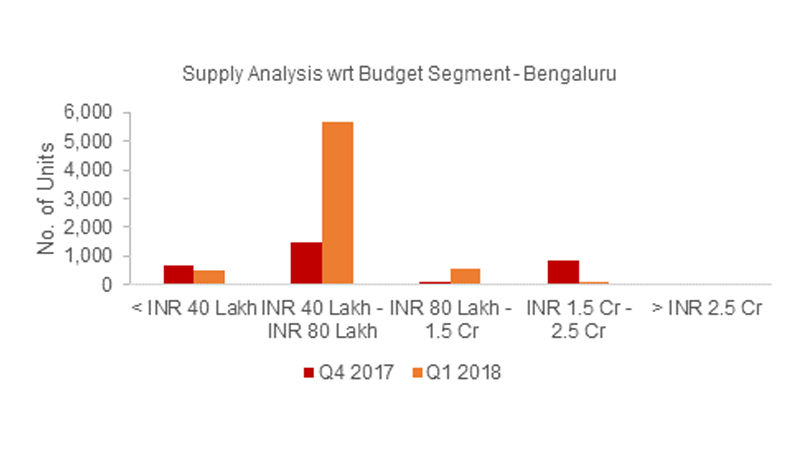 These overall market indicators showcase strong Q1 2018 growth in the Bengaluru residential real estate market. Appreciation of capital and rental values is certainly on the cards for this city in the foreseeable future.