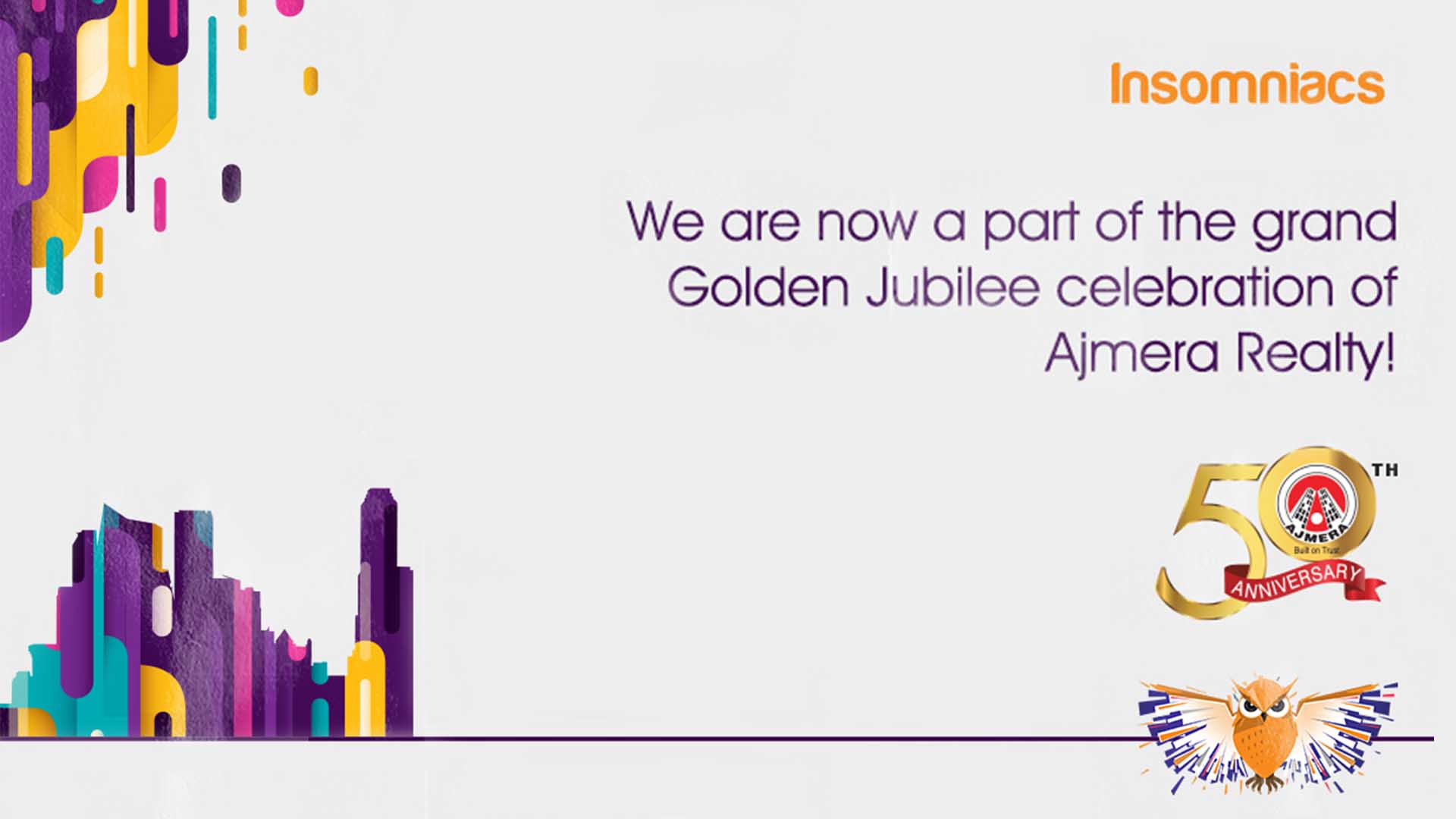 Reflecting his thought on this new association, Insomniacs co-founder Govind Rai states, “The legacy that Ajmera Realty has built over all these years is an embodiment of their values and their dedication to work. We were very impressed by their body of work and decided to give it a refined identity via the digital world. We aim to put the brand on a global pedestal, widening its reach worldwide while enhancing its popularity back home.”