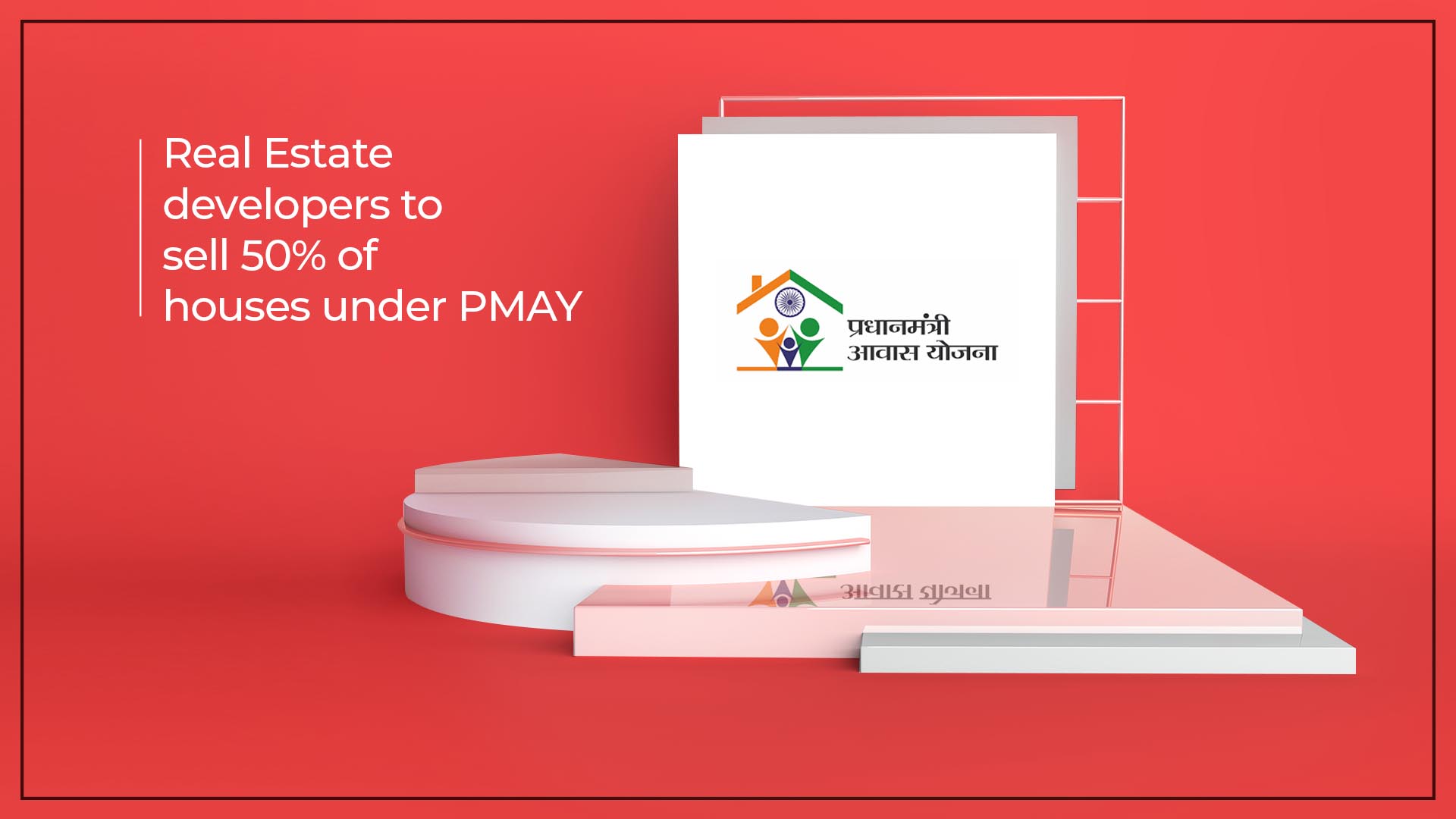 The State of Maharashtra has directed real estate developers to sell 50% of houses under PMAY (Pradhan Mantri Aawas Yojana) as per Ready Reckoner rates instead of thee set by MHADA policy.

The real estate developers working on the Pradhan Mantri Awas Yojana (PMAY) have been directed by the state to sell 50% of the developed affordable houses at the Ready Reckoner (RR) rates in place of those set by the Maharashtra Housing Area Development Authority (MHADA) policy. This will make the houses under the PMAY affordable and ensure construction of 10 lakh affordable homes in the state.

A senior housing department official said,” The Maharashtra Housing Area Development Authority (MHADA) policy is very complicated. We have asked the developers to sell the flats developed under the PMAY at RR rates. Currently, the developers sell the flats at a cost which is 20-25% more than the RR rates”.

An official said,” the rates were fixed in accordance with the MHADA policy. The rates of the PMAY houses will be based either on the RR or the proposed project cost rates, whichever are lower”.

Thirty developers from across the state have agreed to enter into the Public Private Partnership (PPP) arrangement to build affordable houses. The PPP model has been brought to help those developers owing large areas of land and not having enough financing to develop real estate projects.

Housing department officials said that the developers constructing houses under the PMAY scheme were offered a 2.5 Floor Space Index (FSI) incentive. With the 2.5 FSI incentive, developers would be able to construct and ensure the selling of housing projects.

“Keeping this in mind, they should hand over 50% of the total PMAY houses constructed to the state government. The rest can be sold at the market rate,” another official said.

Shantilal Kataria, President of the Confederation of Real Estate Developers Associations of India (CREDAI), Maharashtra said, “The policy will increase the housing stock in the state. It is a good move as the government is offering the developer up to 2.5FSI”.