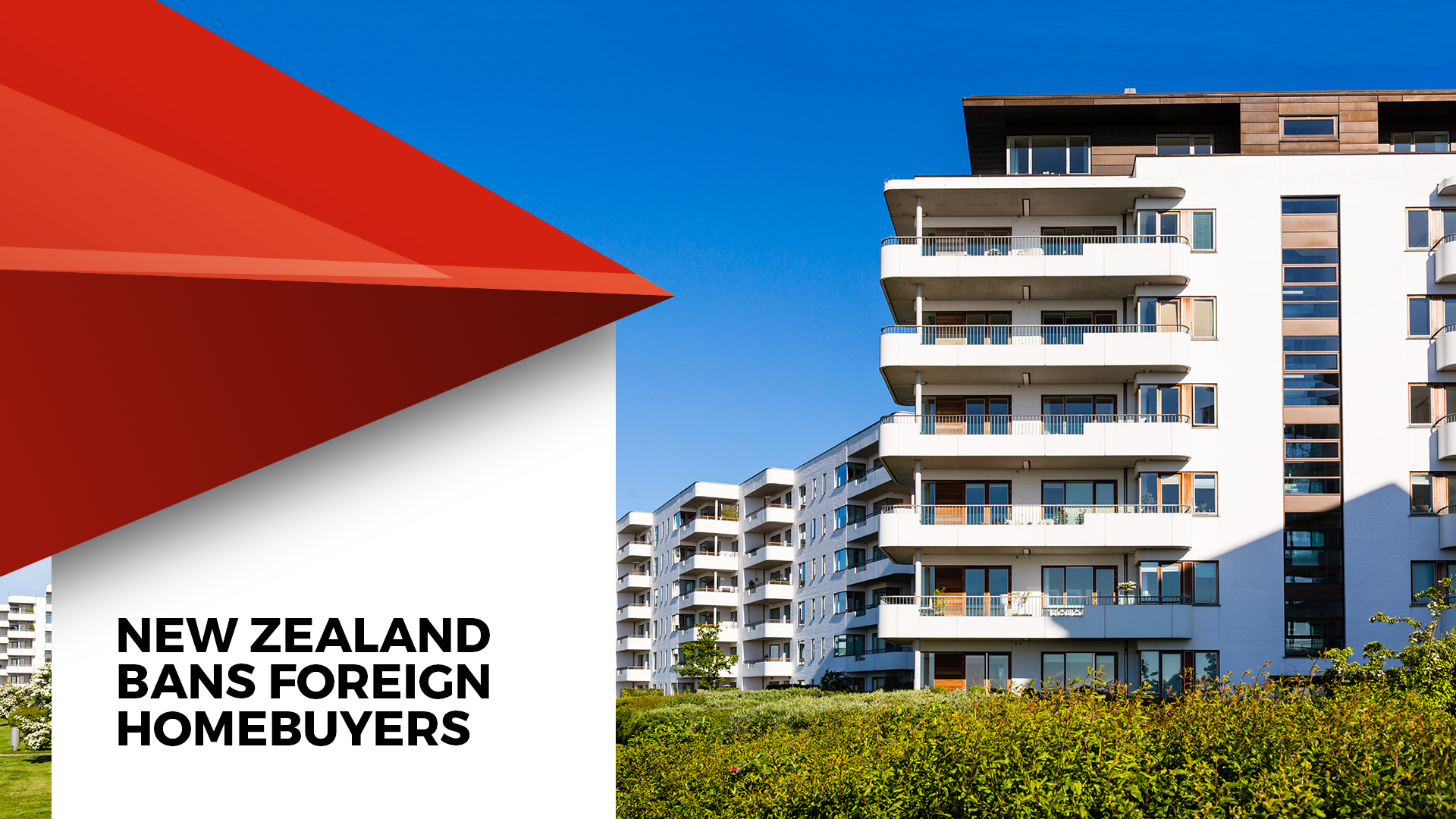 In a move to fulfill the labour-led government’s election campaign pledge, New Zealand has banned all non-residents from purchasing homes in the country.

New Zealand parliament passed the law banning all non-resident foreigners from buying homes in the country. This decision came in light of the Labour-led government completing its election campaign pledge. The foreign ownership of property had long been criticized during the last few years as New Zealand was facing a housing crunch that had faced average prices in the city of Auckland. Official figures suggested that the overall level of foreign home buying was relatively low, about 3% of property transfers nationwide.

The majority of home buyers are from China and Australia as per New Zealand statistics. This was almost double in the past decade and rise more than 60% on a national level.

The government relaxed the ban in June to allow non-residents to own 60% of housing units in newly built apartment buildings but would not be able to buy existing homes. The housing price growth has decreased in the previous year owing to restrictions imposed by the central bank, which was alert about the financial stability risk of an overheated market.

As per figures released by the Real Estate Institute of New Zealand, median house prices had dipped by 1.8% to NZ$550,000 in July from the previous month. They were still 6.2% higher than the same time as previous year. The IMF (International Monetary Fund) asked the government in July to reconsider the ban warning that it could discourage any FDI required to build new homes.

Jacinda Arden, New Zealand’s Prime Minister had campaigned prior to September election on the promise to bring down on the house price growth and reduce homelessness by banning foreign buyers.

David Parker, Associate Finance Minister said, “This is a significant milestone and demonstrates this government’s commitment to making the dream of home ownership a reality for more New Zealanders”.

Dave Platter, spokesman, Juwai.com, “Is the ban wise or useful? We think it’s neither. Foreign buying tends to be focused on new development, making clear again that foreign investment leads to the creation of new dwellings. That’s vital in a market with a housing shortage, like Auckland”.

The government has cleared that the ban would not be applicable to Australians. It has also been in negotiations with Singapore whose free trade agreement with New Zealand permits foreign ownership about whether to grant an exemption.