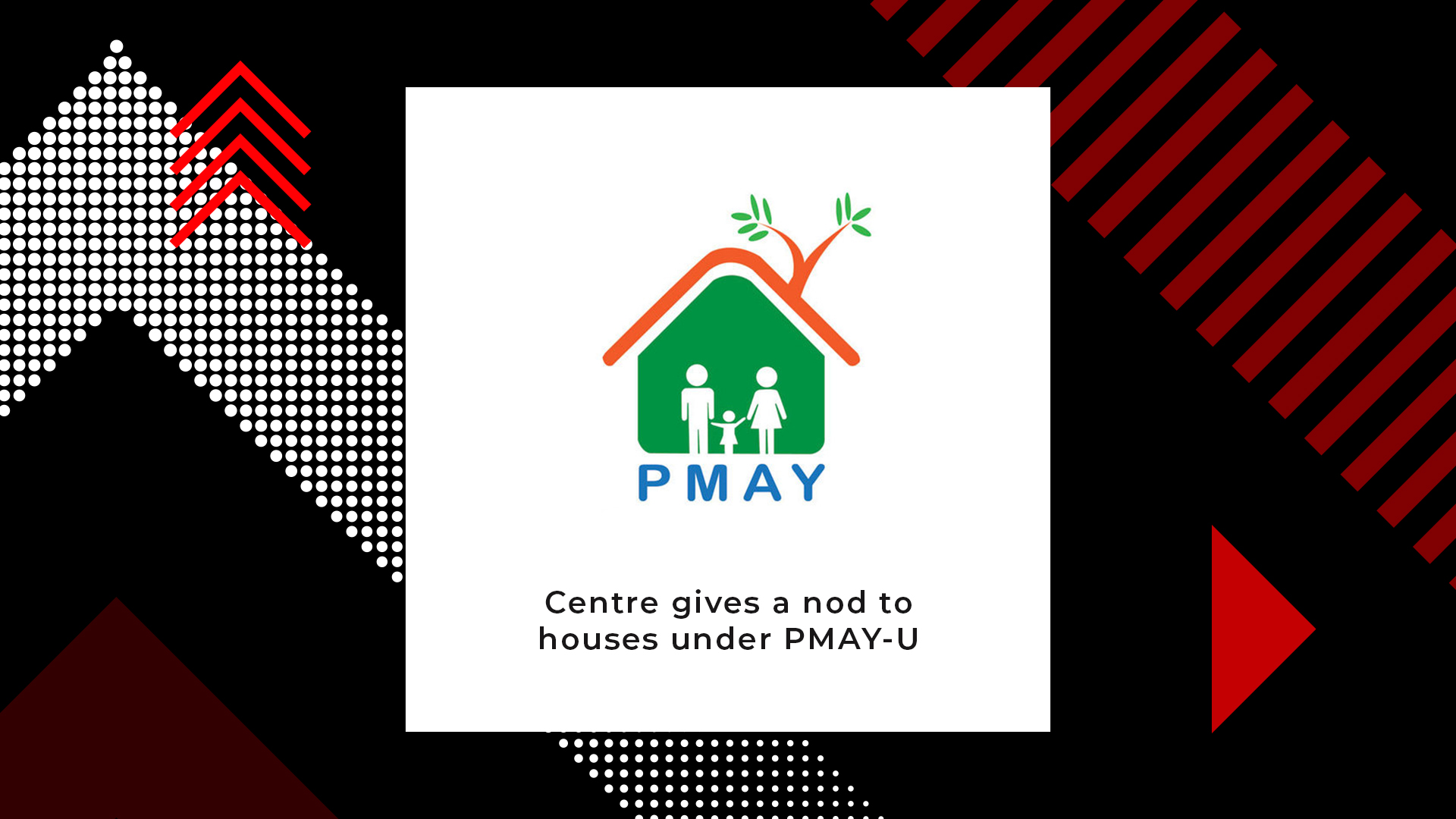 The central government approved the construction of 1.12 lakh houses under the PMAY (Pradhan Mantri Awas Yojana).

The central government approved the construction of 1.12 lakh affordable housing units for the urban poor under the PMAY (Pradhan Mantri Awas Yojana). The state of Andhra Pradesh has received the largest share, 37,000 housing units. The approval was given in a meeting of the Central Sanctioning and Monitoring Committee (CSMC) of PMAY. In the previous CSMC meeting, Madhya Pradesh was given 59,421 houses and Gujarat had 55,296 houses.

The committee also sanctioned the construction of 2.67 lakh affordable houses for the poor in 10 states in last month.

As per the Housing and Urban Affairs Ministry, the total number of houses funded under the scheme is near to 55 lakhs across the country. The sanction for Andhra Pradesh included 37,719 houses and Haryana got 19,858. The ministry also said that the central government will provide an assistance of Rs 1,683 crore for the said project.

As per a statement issued by the Ministry, it has approved the construction of 1,12,213 more affordable houses for the benefit of urban poor under Pradhan Mantri Awas Yojana (Urban). The houses sanctioned for Madhya Pradesh was 18,375, Maharashtra has 12,238, Chhattisgarh has 10,632 houses and Karnataka has 8,761 houses.

The approvals for J&K included 4,442 houses while Arunachal Pradesh has 188 houses. With the proposed houses, cumulative houses under PMAY (U) would become 54,95,443 after final approval from CSMC, the statement said.