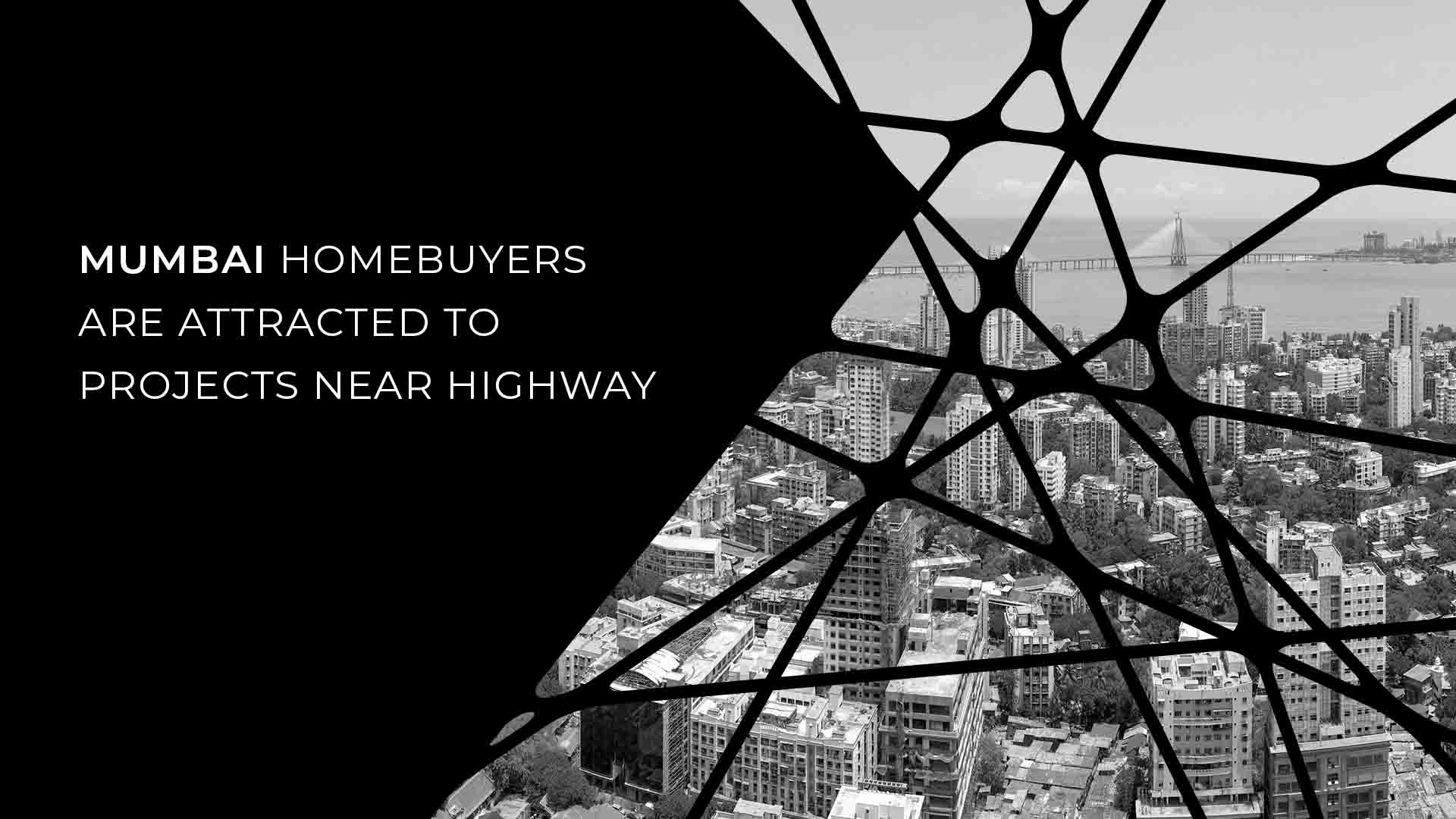 With India’s financial capital –Mumbai facing severe traffic woes resulting in time-consuming travel, housing projects located adjacent to the highways have emerged as a hot favorite among new age home buyers. In the post-RERA phase, the northern belt of Mumbai itself witnessed close to 50 odd project launches including the leading brands.

In the post-RERA phase, the northern belt of Mumbai itself witnessed close to 50 odd project launches including the leading brands.

“For Omkar Realtors connectivity has been always an important highlight of any our projects; be it BKC, Worli with Bandra sea link as important connectivity as well as Alta Monte in Malad and Omkar International District, Andheri both located WE highway which provide speed gateways to any corner of the city connecting airport, railway stations, business districts, malls etc., at 5-15 minutes driving distance,” says Devang Varma, Director, Omkar Realtors.

With connectivity on western corridor being important for the present government infrastructure projects like a bullet train, massive high speed 6 lane highways, express corridors and Mumbai metro network, the western express highway belt has seen massive real estate development in last one year. The announcement of newer infrastructure projects in last 12-18 months has resulted in the launch of 112 new residential projects with an inventory of 7827 units in all the configurations right from 1 bhk to 4 bhk in the price range from Rs 75 lakhs to up to 4 crores. With this speedy launch of 112 projects alone in the North Mumbai, developers are eyeing big from the unsold inventory.

Many projects have been launched adjacent to the highway in recent years, including Omkar Alta Monte, Oberoi Sky City, Oberoi Esquire, Joy and Sayla Realtor’s Callista and A&O Realty’s Palazzio. Amongst the biggest addition to the list is Omkar International District in Andheri East. Spread over 65 acres, adjoining Andheri east on the western express highway, the mixed redevelopment being undertaken by Omkar Realtors will see a record 10 million sq. ft development. Out of this 6 million sq.ft, is dedicated to residential development while balance 4 million sq.ft. will be retail and commercial development.

According to a JLL report, locations between Andheri and Dahisar have been active on the real estate and infrastructure fronts of late. These residential catchments, already well-known for their sound social infrastructure (health, education, recreation and entertainment facilities), have also become sought-after office destinations for mass as well as niche employment. Andheri/Jogeshwari, Goregaon and Malad are replete with New Age offices and IT Parks in addition to conventional office buildings. SEEPZ and MIDC offer IT spaces and industrial spaces, respectively, while Goregaon’s 10-acre Nirlon Knowledge Park is a buzzing hub for IT offices, BPOs, banks and others. Overall, northern Mumbai now has about 15 million sq ft of Grade A office space. Apart from IT companies and BPOs, the location caters to the BFSI sector.

Mr. Deepak Nair, Head-Marketing, JP Infra Mumbai Pvt Ltd, said, “In metropolitan cities like Mumbai, intra-city traffic congestion results in excessive consumption of time and fuel just to reach the highways. Living on the highway in a city like Mumbai is highly advantageous especially if the project is a gated community or township. Apart from enjoying the best amenities, social infrastructure, access to schools, easy commute to hospitals and entertainment center, such projects garner higher appreciation and swift ROI.”

Locations close to highway have been very active on the real estate and infrastructure fronts of late. These residential catchments, already well-known for their sound social infrastructure have also become sought-after office destinations for mass as well as niche employment.

Hiral Sheth, HOD – Marketing, Sheth Creators opines that, “Traffic congestion is a major issue in the metros especially in a city like Mumbai. Therefore connectivity plays a major role wherever you stay. Highways make it easy to get wherever you need to go, without the hassle of figuring out random streets and complicated routes to your destination. Some studies show that home value increases drastically after a highway is added, especially when it’s connected to a bigger city’s road system. Highway usually marks the rising trend of neighborhood developments, social infrastructure, and an encroaching suburban lifestyle. Highways bring a large amount of development and improvement impacting the surrounding area drastically, giving you a better ROI on your homes.”

While offtake in most of Mumbai’s residential markets has been slow, numbers show that sales have been good in projects which offer value for money and good location. The time is ripe for residential townships which can provide a much-needed work-life balance in India busiest metropolis. Living on the highway seems to be the future mantra of the chaotic metropolitan city.