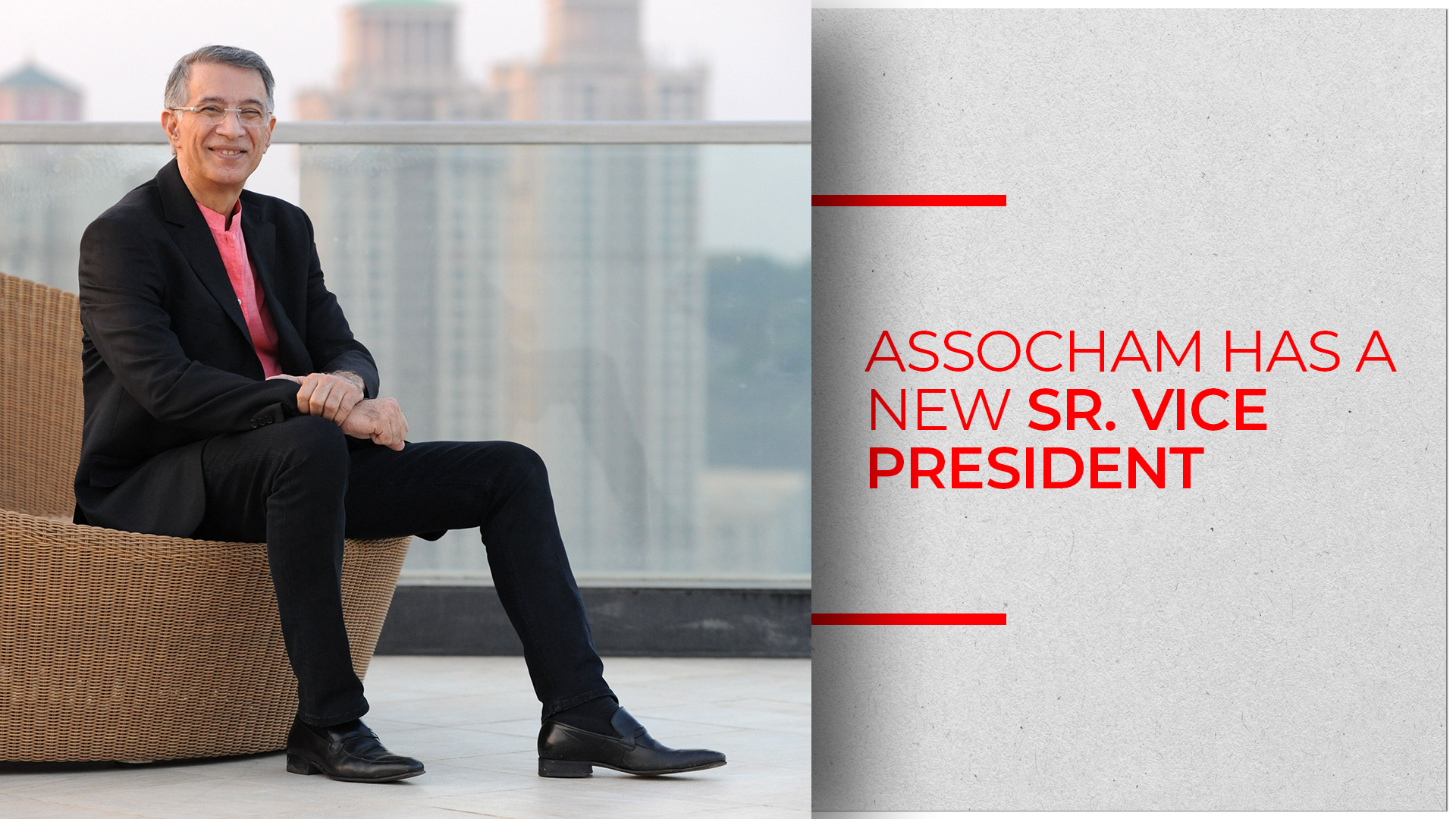 The announcement was made at the Annual Day Celebrations held in New Delhi on 16th October 2018, during which the adjourned meeting of the 97th AGM was held, a new managing committee was reconstituted and the new office bearers assumed office.

“Assocham has always played a transformational role, and it will continue to empower Indian enterprises by focusing on critical and relevant issues. I understand that the Affordable Housing will be on the priority list of the chamber, and I look forward to playing my role in giving the segment the right sort of support,” said Dr. Niranjan Hiranandani.

The National President of NAREDCO, he is known as ‘Builder Extraordinaire’ and as the Man responsible for changing the skyline of Mumbai. He has also been involved with academics, as the Trustee and Immediate Past President of the Hyderabad (Sind) National Collegiate (HSNC) Board.

Dr. Niranjan Hiranandani, the son of a Padmabhushan honored ENT specialist Dr. L H Hiranandani, is married and blessed with a son and a daughter. He holds key positions in various government bodies, private and social institutions, schools and colleges. Besides these, he runs 17 colleges, 2 hospitals, among other organizations. He believes that “With sincerity and commitment to calls with consistent effort one can achieve immense success and great height.”

His target on taking over as Senior Vice President, Assocham is to work towards ensuring that the real estate industry can hold its head high, and proclaim that, “we are the builders of this nation.”