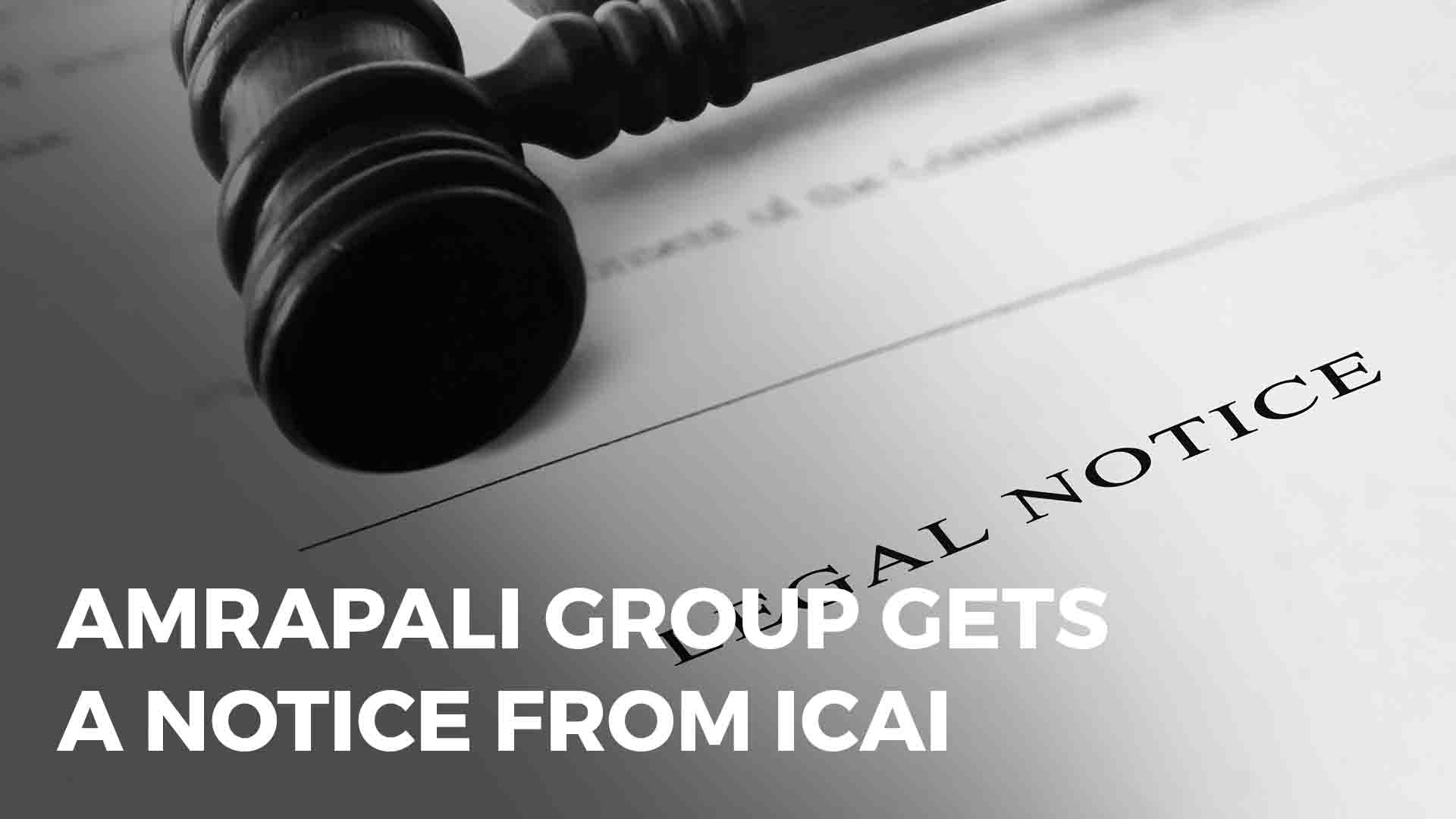 Based on a ruling of the Supreme Court, the Institute of Chartered Accountants of India (ICAI) is conducting a thorough investigation of fraud against Amrapali Group

The Supreme Court of India recently ruled that auditors of Amrapali Group have committed a massive “fraud”. This ruling was given after the court concluded that Amrapali Group had given away money collected from home buyers to other firms. The court ordered a thorough investigation of the matter. Amrapali Group is one of the top real estate companies in India. It particularly has a strong hold on the real estate market in Noida.

This ruling took place on Wednesday and on Friday, the chartered accountants’ apex body Institute of Chartered Accountants of India (ICAI) issued notices to auditors of Amrapali Group. The ICAI confirmed the news. It has issued suo motu notices to them from the years 2008-2015 and recent times as well.

The ICAI also issued a notice to address the issue. The ICAI added that it would hold a thorough investigation into the matter. It will also deal with the investigation in a fast-track mode so that the offenders don’t get a chance to get away.

Forensic auditors informed a bench of Justices Arun Mishra and U U Lalit that the documents of the group revealed the massive amount of money involved. More than Rs 100 crore was diverted to a company named GauriSuta Infrastructures Pvt Ltd. It added that there were various malfunctionings by statutory auditors and they had completely failed in their duties.

During the hearing, the group’s Chairman and Managing Director (CMD) Anil Kumar Sharma and its directors Shiv Priya and Ajay Kumar had been also found to be in contempt of court.

Further, the Justices had also ordered that the three directors of Amrapali Group would not be permitted to work from home till October 26. The trio was already under police surveillance.

The forensic auditors had 15 days to collect, collate and catalog the documents from 2008 till now. The data was for 46 companies in the group. It included the nine properties situated in Noida, Greater Noida of Delhi-NCR, Rajgir, and Buxar.

A huge batch of petitions was filed by home buyers seeking possession of around 42,000 flats booked. These petitions were seized by the court.

The Supreme Court also ordered that the entire amount has to be recovered. Once the investigation completes, those responsible will face jail time for committing fraud.