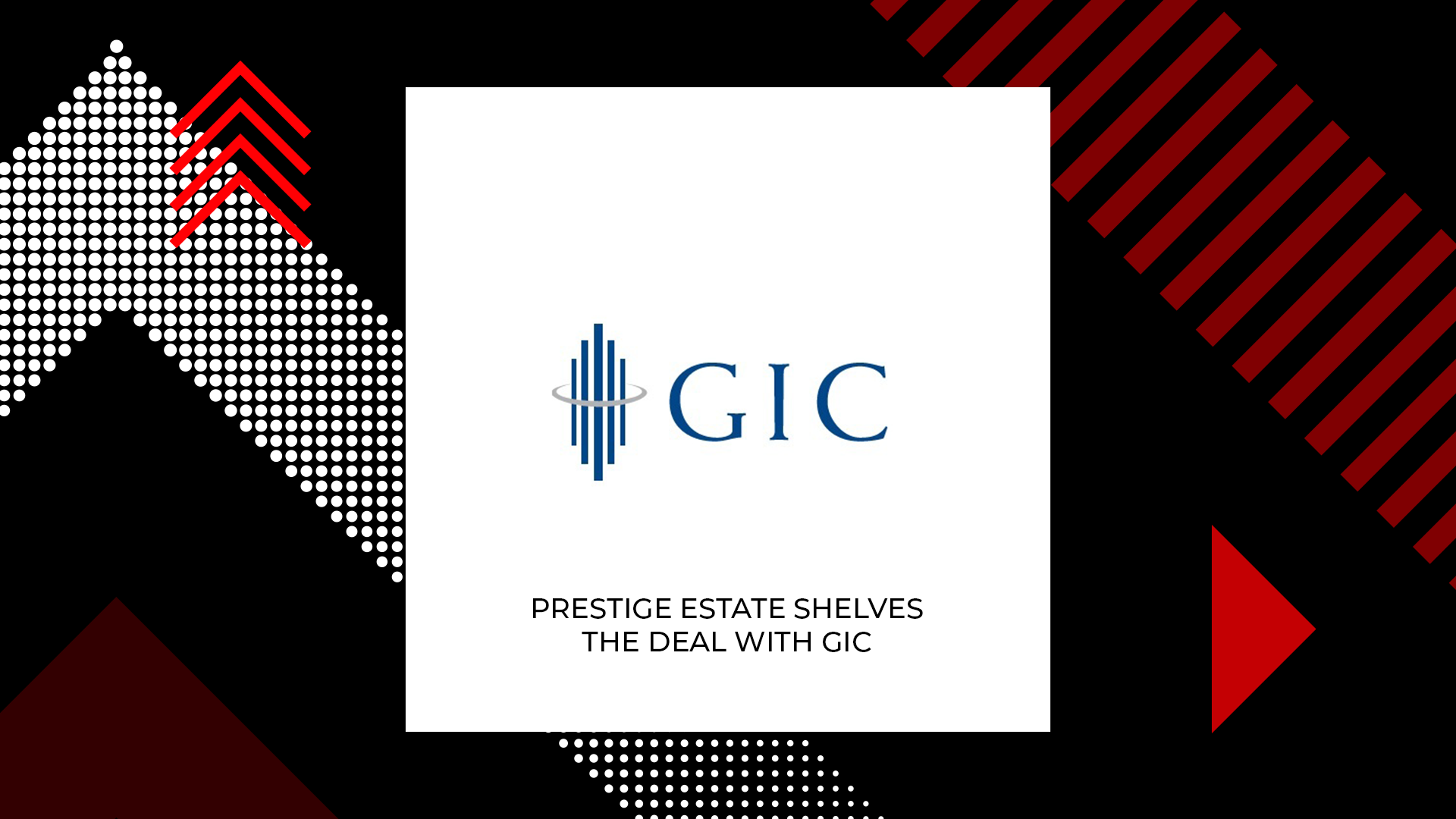 Earlier this year, South Indian real estate company Prestige Estate Projects had entered Noida with two projects. They then targeted at taking their achievements a notch higher. Prestige Estate Projects were all set to crack an international real estate deal with Singapore’s sovereign wealth fund GIC. Talks between the two companies had already begun as early as February.

The company had even signed a term sheet with GIC back then. It was basically a proposal to sell a 40% stake in a clutch of office projects for about Rs.2,000 crore. Employees of Prestige Estate were confident that they would sign the deal within two to three months.

CEO Venkat K. Narayana confirmed the news, but he didn’t reveal the exact reason for the fallout. He also added that after what happened, there have been no talks with other investors to raise money.

Prestige Estate is making a lot of progress in the real estate industry. Its upcoming projects include 25 office projects measuring over 10 million sq.ft. In the home space, they have 37 under construction projects across 41 million sq.ft.

Meanwhile, GIC had lost out another huge deal. It had bid against fellow Singaporean real estate company Mapletree Investments. It was a tough battle between the two international real estate giants. GIC had joined hands with Mumbai’s K. Raheja Corp for Chennai-based information technology park SP Infocity. Ultimately, Mapletree Investments emerged as the strongest bidder for the deal with the company which is co-owned by the Canada Pension Plan Investment Board (CPPIB) and Shapoorji Pallonji Investment Advisors.

But make no mistake, GIC is still a huge name in the Indian real estate sector. It is a highly active real estate investor in India with projects within residential, commercial office, hospitality and retail sectors. In 2017, GIC had successfully managed to crack a Rs.8,900 crore sale deal with the promoters of real estate developer DLF.

ALSO READ: GIC Of Singapore May End Up Buying 40% In Prestige Rental Unit