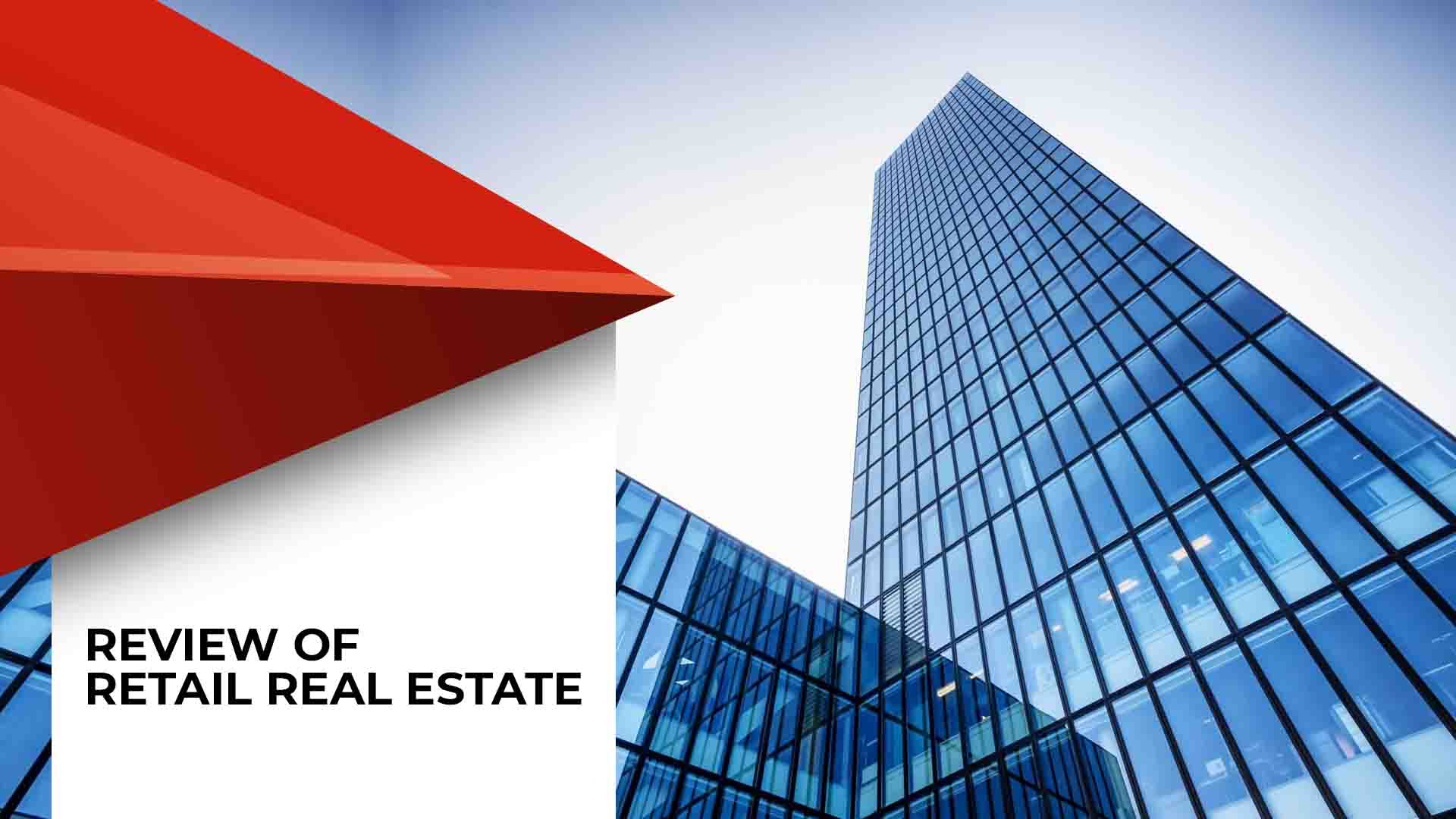 Among the major policy overhauls, the Government further liberalized FDI policies early in the year. These policy interventions repositioned the Indian retail sector on the global map of investments, attracting a large number of global retailers into India and further fuelling growth of organized retail in the country.

The Government’s decision to allow 51% FDI in multi-brand retail and 100% FDI in single-brand retail under the automatic route was a definite crowd-pleaser that attracted giants like Walmart to make forays into the country.

The Government is now mulling to further tweak norms for retail trade – similar to SEZs – and enacting a 365-days working policy to help India climb higher on the Ease of Doing Business index among 190 countries.

Besides Government policies, rapid urbanization and digitization, rising disposable incomes and lifestyle changes – particularly of the middle-class – also contributed to the growth of the Indian retail sector in 2018.

The retail sector is now projected to grow from USD 672 billion in 2017 to USD 1.3 trillion in 2020. This is definitely an attainable figure if we consider one of the clearest measures of growth – namely the increasing focus on the retail sector by private equity (PE) players who invested close to $300 million in Indian retail in the first half of 2018.

Meanwhile, online retail also witnessed exponential growth in 2018. In fact, as per estimates, e-commerce is expected to go on par with physical retail over the next 5 years, considering that e-commerce grew by as much as 23% to reach $17.8 billion in 2017. India is poised to become the world’s fastest-growing e-commerce market, driven by robust investment in the sector and rapid increase in the number of internet users in the country.

Another interesting trend witnessed in 2018 was that besides the top metros, tier 2 & 3 cities were also caught a significant part of the entire retail growth momentum. Tier 2 and tier 3 cities that continued to flourish in 2018 included Ahmedabad, Bhubaneshwar, Chandigarh, Coimbatore, Indore, Jaipur, Lucknow, Kochi, Nagpur, Thiruvananthapuram and Vadodara.

Realizing the potential of these largely untapped markets, both domestic and international brands have started penetrating here via a rapid online presence, followed by a gradual offline presence. The fact that 35% of luxury shopping sales come from tier 2 and tier 3 cities alone is urging the top brands to explore these markets.

Also, the lack of sufficient physical retail infrastructure in these cities is giving the e-tailing business an advantage – nearly 50-60% sales of e-commerce companies are generated from Indian tier 2 and tier 3 cities alone.

Out of the total new supply becoming operational in 2019, nearly 3 million sq. ft. area will be coming up in tier 2 & 3 cities. The cities that will see new malls opening in 2019 include Chandigarh, Dehradun, Lucknow, Ranchi, Rourkela, Solapur, Udaipur and Vizag.

Several factors are working in favour of tier 2 & 3 cities. While the metros face mounting challenges in the form of overall saturation due to lack of space, increasing rental values and escalating infrastructure woes, the smaller cities have been witnessing multiple infrastructure upgrades even as technological enhancements help create more awareness about brands, products and markets there.

In fact, the contemporary Indian shopper in tier 2 and tier 3 cities is more demanding and aware and has higher disposable income than ever before. A large segment of tier 2 and tier 3 city customers are globe-trotters and this has necessitated a revolutionary change in the way the retail sector must adapt to tap into their demand.

One of the radical shifts in the consumption pattern of new-age consumers in smaller towns is that these shoppers are moving beyond the basics and seek to buy products available in the larger urban areas. Therein lies a massive opportunity for retailers. Nearly 100 million people out of the 300-400 million-strong Indian middle-class currently resides in smaller towns and cities.

As per ANAROCK data, the cities that contributed most generously to the Indian retail growth story in 2018 included MMR, NCR, Bengaluru and Kolkata. Besides the top metros, tier 2 & 3 cities like Bhubaneshwar in the eastern region, Vizag, Lucknow and Gorakhpur were other contributors to Indian retail activity. Each of these cities was expected to have one major mall of areas ranging between 60,000 – 3.50,000 sq. ft. operational by end of 2018.

Going by the current trends and our future predictions, the major metros that will outshine the rest in 2019 will be NCR, MMR, Bengaluru, Kolkata, Ahmedabad and Lucknow as far as brand expansion and new mall supply is concerned. Following the underlying demand for both national and international brands in most of these cities, retail activity is likely to see a major increase.

In order to stay relevant, brands will take both the online and offline route to reach out to larger audiences given the fact that total consumption expenditure in India is projected to rise to USD 3,600 billion by 2020.

As per ANAROCK data, as many as 32 new malls spanning nearly 13.5 million sq. ft. area is slated to be operational in 2019 across the major cities and several tier 2 & 3 cities. Among the major metros, both Bengaluru and NCR are expected to see 7 operational malls in each city, followed by 5 in Hyderabad, 3 in MMR and 1 in Chennai.

Again, however, the boom in India’s smaller cities is impossible to ignore. As per industry estimates, the market size of tier 2 and tier 3 cities is expected to grow from the current USD 5.7 billion to USD 80 billion by 2026. India’s tier 2 and tier 3 cities are definitely well-set to be the growth engines of the country’s retail future, and mall developers, as well as retailers, are actively looking to expand there.

In 2019, mall developers will continue to give major emphasis to F&B, multiplexes and entertainment centres in malls as shoppers’ quest for ‘experiential’ shopping will only rise. The influx of international retailers, growth of F&B coupled with increasing entertainment offerings will continue to make malls key recreational destinations.

Besides being mixed-use businesses that incorporate social entertainment options, malls will strive harder in 2019 to provide unique appeal along with more depth in the shopping experience. Any new mall ventures in 2019 that are designed to succeed will focus on prime locations that are easily accessible by both public and private transport.

Innovative theme-based innovative marketing techniques, social kiosks, buy-online-pick-up-offline facilities – anything else that adds to the ease and enjoyment of the shopping experience – will be winning tickets for mall owners.

In fact, the key differentiator of the malls of the future vis-à-vis those of today will be the increasing integration of such technologies and multi-channel strategies in retail developments.

And Not A Few Challenges

E-commerce giants will continue their inexorable penetration of smaller towns and cities to leverage their current advantage. In fact, retailers will need to leverage e-commerce channels more to reach more customers in tier 2 and tier 3 cities and thereby save significantly on real estate.

However, physical retailers cannot afford to hand the game to e-commerce in these cities and must simultaneously strive to offer a superior shopping experience to customers there.

Both retail real estate developers and retailers will have equal roles to play in 2019, and we won’t see the year favouring either side. In fact, there will be some degree of consolidation of both the retailers and mall developers. Even though the Indian retail market is growing exponentially, some retailers will have to shut shop owing to the rising rentals in malls across metros.

Many such retailers will need to re-strategize their businesses in 2019 and probably look at other alternatives, including e-commerce.

The key for retailers to remain successful in 2019 will be to be present in the right locations, offer the right product and become unrelentingly customer-centric. Similarly, developers need to build their malls in not just the right location but also have the right mix of brands, and provide a holistic shopping and entertainment experience to ensure returning customers in sufficient numbers.

ALSO READ: The Highs And Lows Of Indian Real Estate In 2018