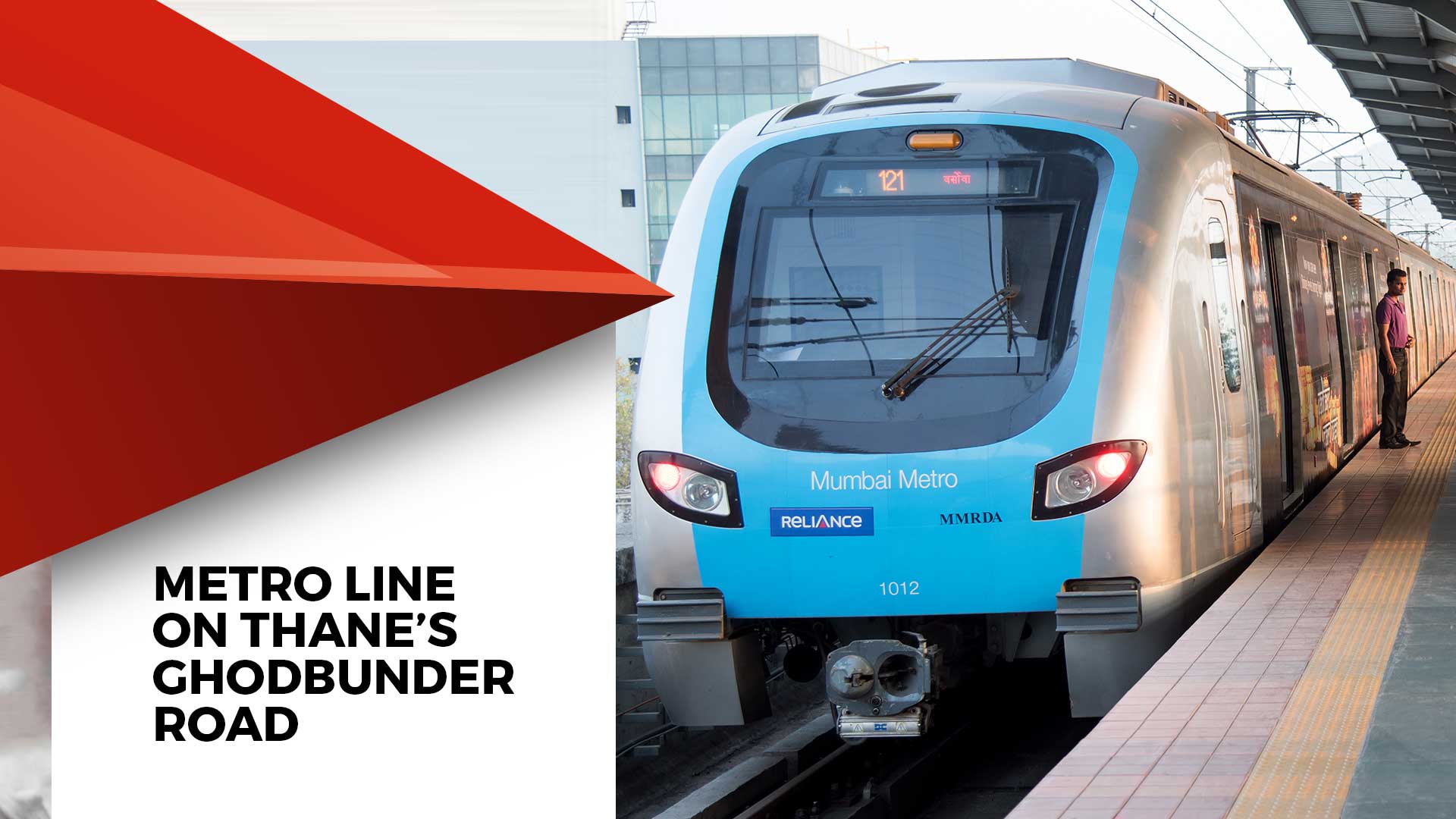 The 16th most populated city in the country with a population of 18.9 lakh as per 2011 census, Thane has experienced rapid urbanization during the past few decades.

Going into the future, the projected population is expected to be 27.34 lakh in 2025, 34.99 lakh in 2035 and 39.45 lakh by 2045. With road and rail connectivity is fast becoming crowded as the city’s population expands, and the authorities looking at ways to enhance connectivity, Metro Line 4 and 4A will definitely make a difference to those buying a home on Thane’s Ghodbunder Road.

For any micro market that is growing rapidly – like Thane’s Ghodbunder Road – connectivity with the region’s CBDs and nearby urban conglomerations is not enough – it also needs to link across directions and existing traffic lines to create linkages which enhance the ‘connectivity-plus’ status of the micro-market.

Thane’s Ghodbunder Road is fast becoming the real estate destination of choice in the MMR, be it workspaces or residential realty. For this, it will need an enhanced ‘connectivity-plus’  — which is what extension of Metro Line 4 in form of Line 4A will provide.

BACKGROUNDER: The extension on Thane’s Ghodbunder Road by two stations is expected to add about 1.5 lakh riders to the 8.7 lakh commuters which the Metro 4 Corridor is estimated to carry. The 2.7 km-long extensions which have been named as Metro-4A corridor, will add two more stations – Gowniwada and Gaimukh to the existing route map.

Connectivity empowers real estate development, and approval to Metro Line 4A has effectively ensured that development along Thane’s Ghodbunder Road (G B Road) becomes ‘future perfect’. The 2.7-km extension will ensure that the entire Ghodbunder Road in Thane city is connected by Metro, the previous alignment was till Kasarvadavli, the extension till Gaimukh effectively links it to the Metro Line from Mira-Bhayandar as also the Kalyan – Bhiwandi – Thane Metro line.

Metro Line 4A will boost connectivity along Thane’s G B Road by enhancing the quantum of daily passengers. At the southern end, the Metro Line has been extended from Wadala to GPO in the Fort area of South Mumbai, which ensures that the Metro 4 connectivity will be ‘future-proof’.

Dr. Niranjan Hiranandani is co-Founder and MD, Hiranandani Group. His newest venture is Hiranandani Communities. He is President (Nation), National Real Estate Development Council (NAREDCO), which works under the aegis of Ministry of Housing & Urban Affairs, Government of India.