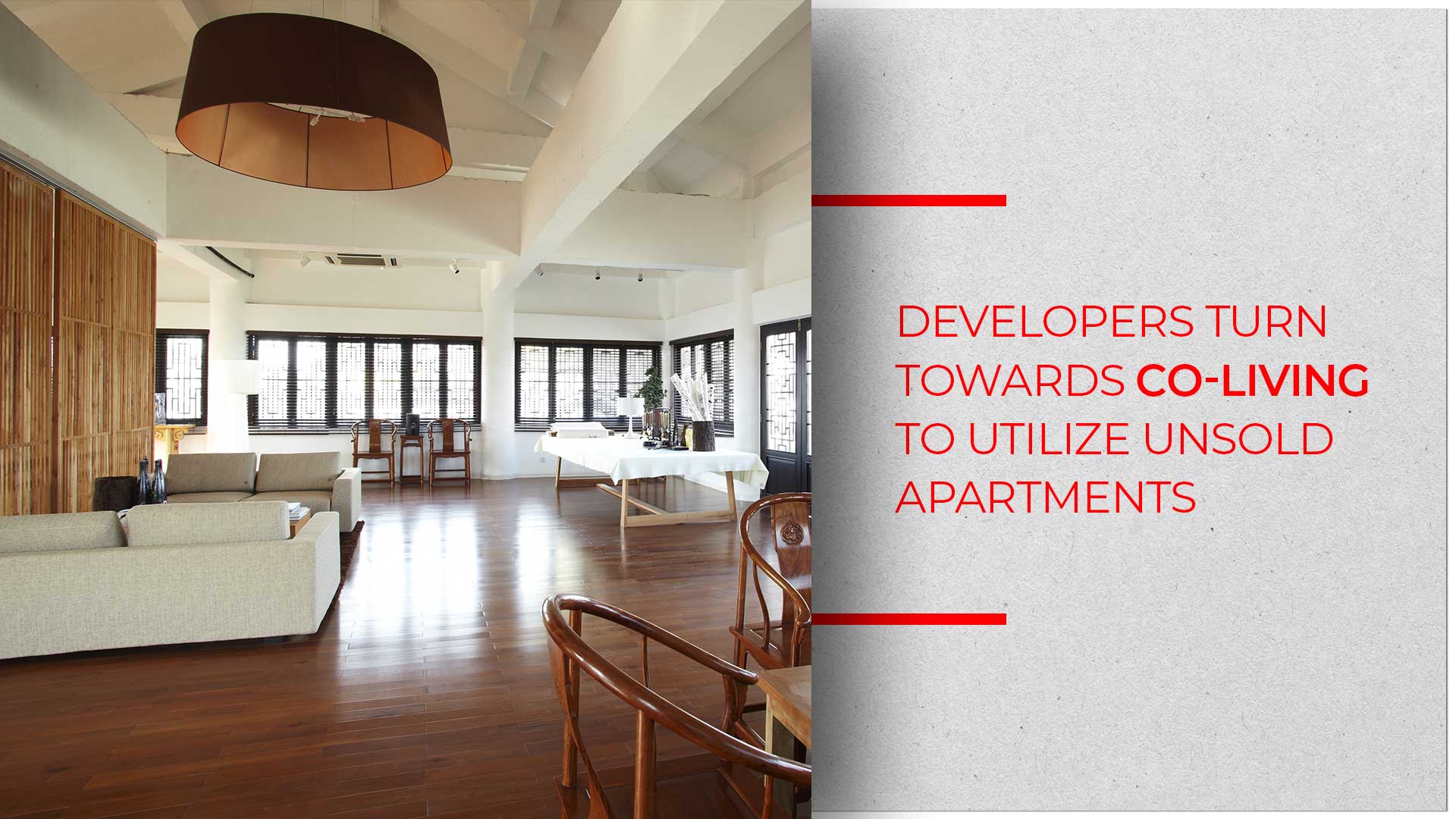 With large numbers of unsold units in their hands, developers tie-up with co-living space providers and experience success and large amounts of profits

Indian developers have found an unlikely ally to the persisting and seemingly never-ending problem of unsold inventory, co-living. In what will be seen as a game changer for the Indian real estate in the near future, quite a few real estate companies have begun to give out their empty but ready spaces for co-living.

Many developers are in talks for collaborations with co-living providers. Experts believe this is a stellar move by the builders as these kinds of tie-ups for co-living have a revenue-share arrangement. In simple terms,  developers will rake in almost double the profits than what they would have had they simply put up their unsold units on rent.

Olympia Group recently tied up with co-living startup Zolo and offered 100 of its apartments in OMR for the same. Ajit Chordia, MD, Olympia Group revealed that 90 percent of these apartments have been occupied.

South Indian real estate giant Navin’s is currently discussing the idea of putting up 15 percent of its unsold units with several co-living startups. The director of the company Viswajith Kumar confirmed the news and said the company was eyeing its residences in Porur and Medavakkam located in Chennai. Returns 100 to 150 times higher than the average rental returns are expected.

Experts at Knight Frank also stated that 72 percent of millennials between 18 to 23 years are fed up of the way traditional landlords treat them. This has helped co-living startups like CoHo, Zolo, Stanza Living, and Nestaway become successful. What also boosted their popularity was funding from IDFC, Nexus Partners and Sequoia among other investors.

Stanza Living provides co-living options only for students. It is in talks with three large developers across Bengaluru and Chennai to expand its base. Meanwhile, Zolo already enjoys popularity in Delhi NCR, Bengaluru and Chennai. It has already collaborated with 15 key builders.