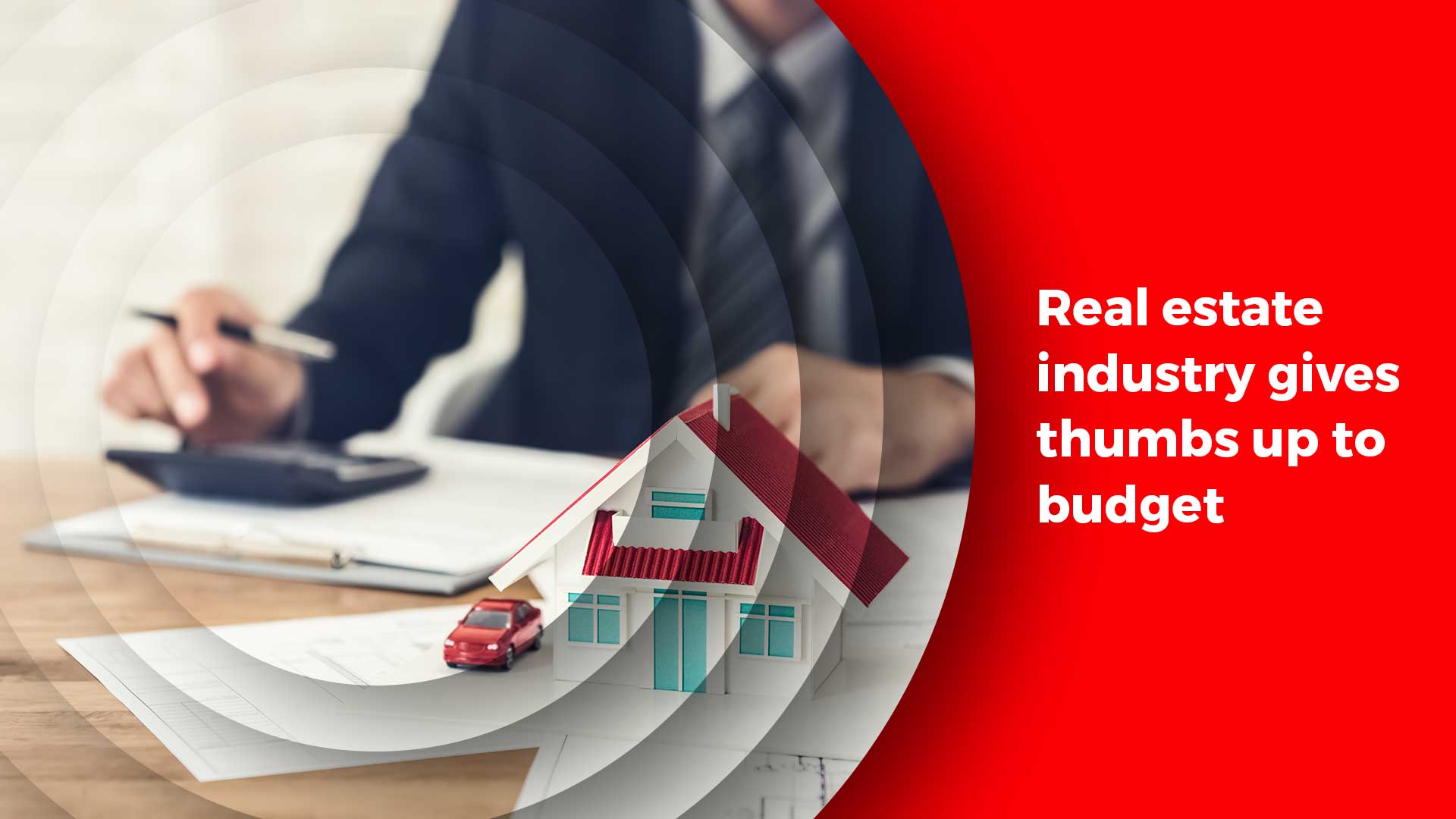 Recently when the Interim Budget was announced, builders across India heaved a sigh of relief because it was everything that they wanted it to be. The Indian real estate sector has unanimously given its thumbs up to the budget which was presented by Union finance minister Piyush Goyal on Friday. This budget seems to be the light at the end of the tunnel for the developers who had been battling a severe liquidity crisis, unsold inventory, GST as well as the effects of demonetisation.

Shrikant Paranjape, president, Confederation of Real Estate Developers Associations of India (CREDAI) Pune stated that the provisions in the budget will be a boon for the industry. “Especially, the one which encourages buying a second home and exemption of tax from the rent earned from the second home,” Shrikant said.

He went on to add that since the rentals up to Rs 20,000 Tax Deducted at Source (TDS) will not be deducted, this would in all probability spike the sale of mid-income homes.

Rajan Bandelkar, President, NAREDCO West hailed it as the best budget in the last 10 years.

Manju Yagnik, Vice Chairperson, Nahar Group found the budget to be of the right balance between the buyers and the developers. She went on to add that catering to both of their needs by giving the right kind of incentives to the buyers and sellers was the plus point of the budget. “Key focused aspects coupled with easy availability of funds, considerable tax deductions and attractive incentives for the first time home buyers is going to make the future relatively easier for the developers and buyers alike,” Manju added.

Rohit Poddar, Managing Director, Poddar Housing and Development said that the budget was an extremely positive one for the industry. He went on to add that it showed that the government remained committed to the real estate industry. “It has enhanced and consolidated the real estate sector which will further provide people with comprehensive social security,” Rohit said.

Amit B Wadhwani, Co-founder, Sai Estate Consultants said that the impact of the interim budget would be that it would usher a massive change in the demand and supply economics of the real estate industry. “Extending the benefits under Section 80-IBA of the Income Tax Act for one more year will surely lead to a rise in end-use consumption of homes. Also, with inflation at an all-time low and the announcements on the income tax rebate, schemes will provide impetus to home buying sentiment in the country,” Amit said. He welcomed the extension on a period of exemption from levy of tax on notional rent, on unsold inventory from one year to two years.

J C Sharma, Vice Chairman and Managing Director, SOBHA Limited was all praise for the budget too. He added that this was a step further in India’s development. “The proposed tax rebate of zero percent for individuals with taxable annual income up to Rs 5 lakh, people with gross income up to Rs 6.50 lakh will not be required to pay any income tax if they make investments in provident funds, specified savings and insurance etc. will help create a positive environment,” Sharma added. He felt that the budget provisions were made in a way that the middle class would end up having a lot of savings. “This will enable consumers to buy their first home and help augment the demand for housing in India,” Sharma stated.

Rohit Gera, MD of Gera Developments said that the budget speech showcased the fact that the current government was indeed in favour of the real estate sector. He further lauded the one year extension of Section 80 I B.

Surendra Hiranandani, Founder & Director, House of Hiranandani welcomed the decision of removing the tax on notional rent on the second self-occupied house. “This will prep up demand for second homes substantially. The FM has brought about substantial improvements in both personal income and capital gains. This is extremely positive as compared to the slow incremental reforms of the past,” Surendra added.

Anil Saraf, CMD, ASF Group said that the provisions of the Interim Budget had been focussed on the right areas. This would lead to removing the bulk of the stress on the real estate industry and increase sales. “The series of sops for both buyers and developers should help perk up sentiment in the sector that has been going through a sluggish phase with inventory piling up across the country. It is now expected that buyers with an investible surplus will re-enter the market to purchase houses,” Anil added.

However, Satish Magar, president-elect, CREDAI national was not that pleased with the provisions. According to him, there were huge expectations about a decision regarding the embargo on the sale of flats at rates lesser than the ready reckoner was expected. “Nothing came through about it so selling the flats at the rates that are lesser than ready reckoner is not possible now, this is a bit disappointing. However, certain provisions for housing are likely to help real estate,” Satish added.