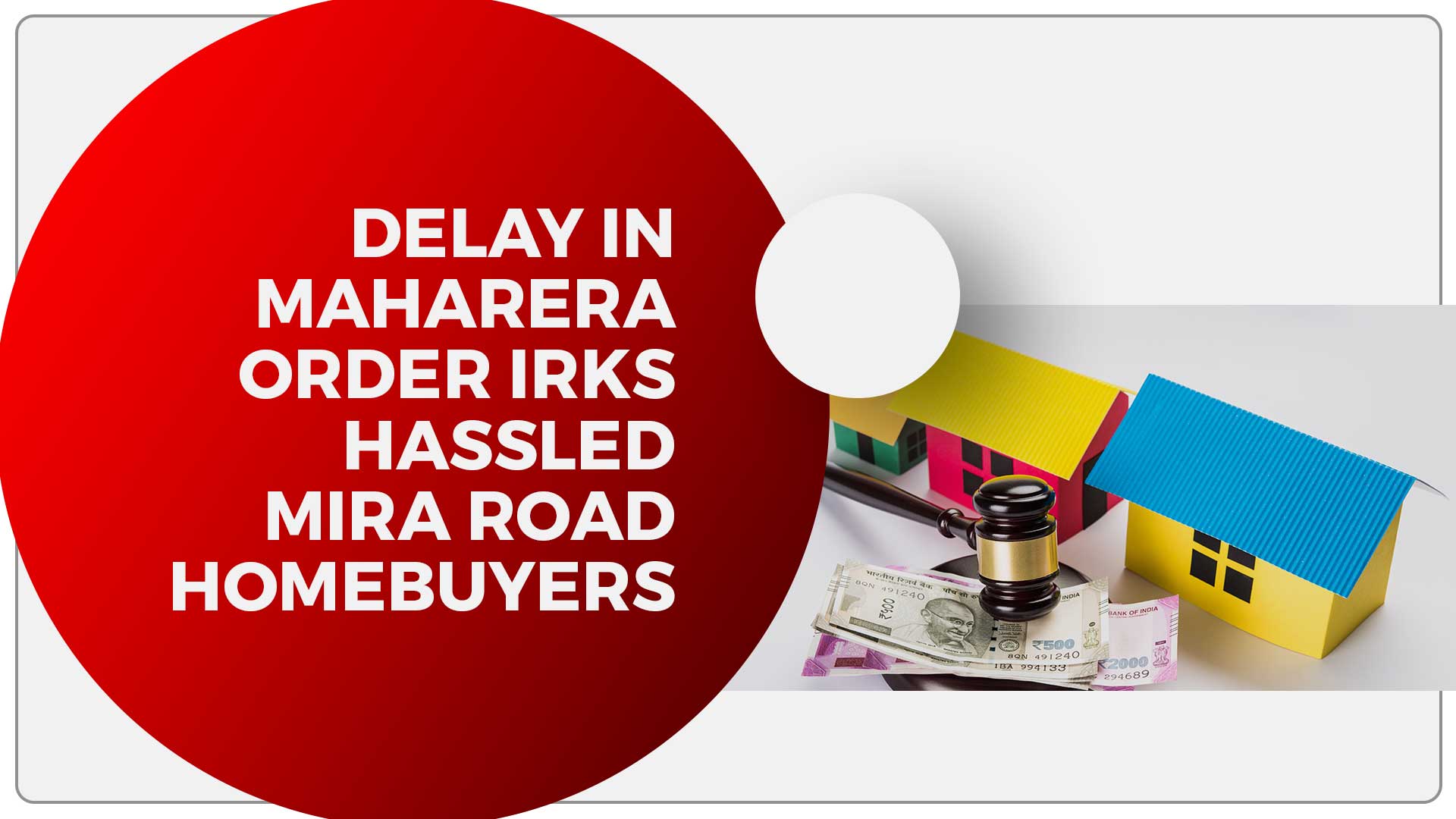 Those who had booked flats in Man Global Ltd’s Man Opus in Mira Road were in for a huge shock as a delay in MahaRERA’s order against the faulty builder has left them angry and financially dissatisfied. The homebuyers claim the authority took 445 days to issue its ruling against the builder. MahaRERA normally has 60 days to give a ruling in a delayed possession complaint filed against any developer. Buyers are miffed that the order passed has caused a huge gain to the developer as interest wasn’t levied from actual possession date. What further irked them is that despite the original possession date being December 31, 2015,  MahaRERA ordered the builder to pay interest from February 2018.

The hassled home buyers are find it almost impossible to even meet basic expenses as all their earnings are going into paying their home loan EMIs and current home rent. Because of what has happened, they will soon put their case in front of the Appellate Tribunal. They hope that the court will rectify the error by MahaRERA and extend the interest period by more than two years so that the builder will pay for the hardships he has caused them. 53 customers had filed a complaint against the developer and demanded an interest on delayed possession.

Man Opus has eight buildings in total. Two out of those eight fall under the Mumbai Metropolitan Region Development Authority’s (MMRDA) rental housing scheme. The mammoth residential project was to be completed in three phases. When the builder finally registered the project with MahaRERA in mid-2017, he changed the delivery date to December 31, 2018. Man Global Ltd’s advocate Abir Patel put the blame of the entire episode on the delayed arrival of environmental clearances and the MMRDA’s refusal to give NOC till their specifications were adhered to.

Officials are MahaRERA stated that the developer then said that in April 2018, MMRDA had ordered some additional specifications for the internal works of the two rental housing scheme buildings without which it wouldn’t issue a No Objection Certificate (NOC) for the sale component. By December last year there was no sign of the NOC, this is when MahaRERA granted an extension to the date of delivery.

MahaRERA chairman Gautam Chatterjee stated that despite the developer claiming that the delay happened because of uncontrollable reasons, the buyers should not be at the receiving end of troubles and hassles.

He further added that the reasonable time could only be six months from the date of registration, he directed the developer to pay interest on the delay from February 1, 2018 for phase I buildings, and from April 1, 2018 for Phase II building till he offers possession. In case the builder does not meet the new extended deadline of April 2019, buyers will have the power to make sure the developer’s registration gets cancelled.