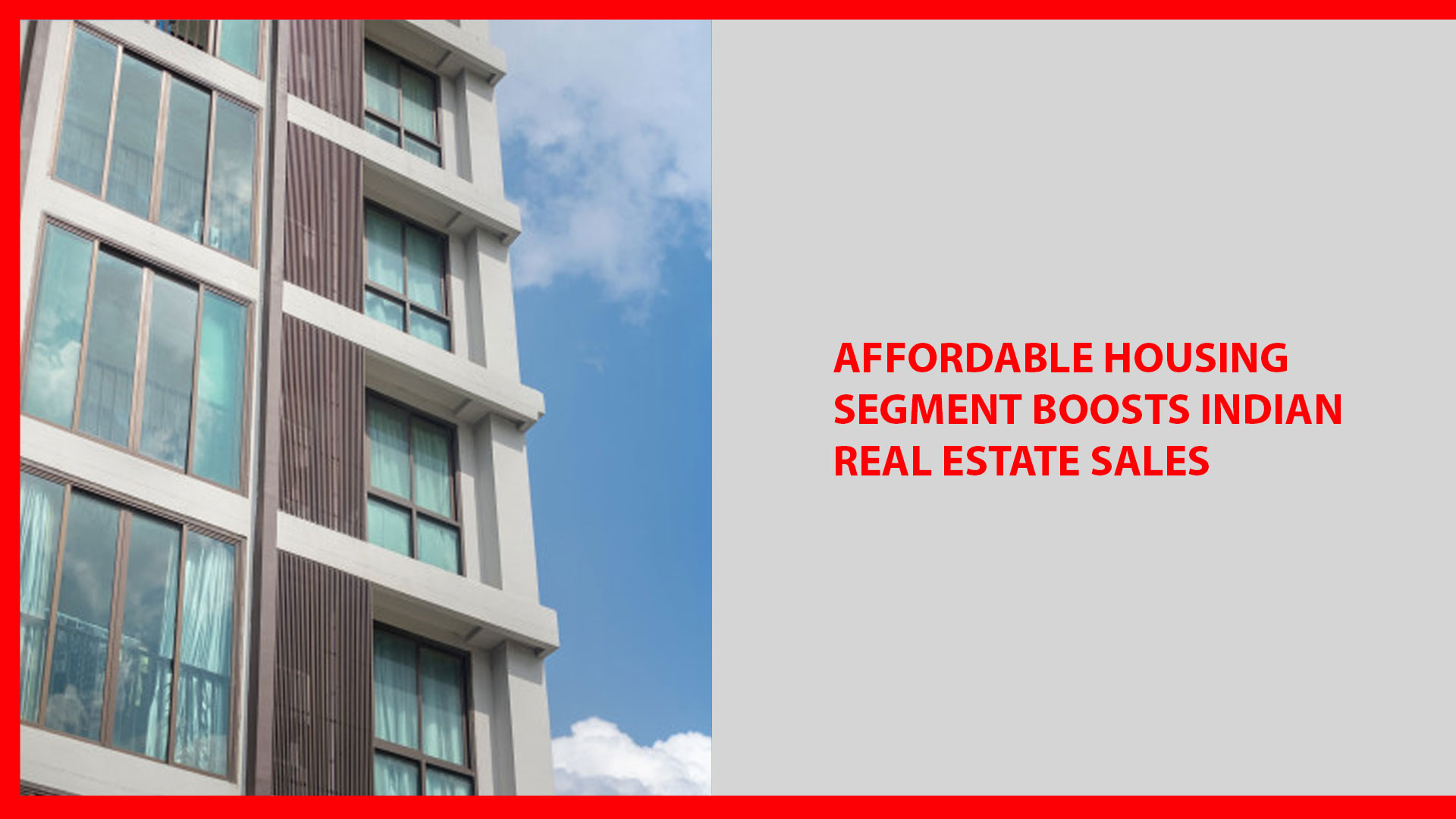 The real estate industry is gradually recovering from slumber, thanks to the government policies aimed at the affordable housing segment. The data from real estate consultancy Liases Foras indicated that one in two houses sold in the December quarter was under the Rs 50 lakh bracket. While the sales in the affordable housing segment increased in December FY16 quarter, 32 percent of the total sales were from the affordable category. But it has been found that sales in the Rs 1 crore to Rs 2 crore category have decreased considerably from 29 percent to 12 percent in the third fiscal quarter.

Pankaj Kapoor, Founder, and MD of Liases Foras said that maximum affordability lies in the sub-50 lakh segment. Moreover, the government is giving sops for affordable housing which is a big incentive for buyers as well as developers.

The Pradhan Mantri Awas Yojna (PMAY) allows 2.3 lakh upfront subsidy on home for households with an annual income of up to Rs 18 lakh. The government’s initiative to ensure housing for all has encouraged the sale of houses in the affordable segment.

Dr. Niranjan Hiranandani, CMD of Hiranandani Communities and National President, NAREDCO, believes that the ‘Housing for All by 2022’ initiative of government has created a housing revolution.  India has ramped up massively on the affordable housing segment. The next couple of years will witness the affordable segment dominating Indian real estate.

Not just the buyers, the developers also enjoy certain incentives and concessions. Under section 80-IAB, developers are entitled to get a 100 percent deduction on profits incurred from an affordable housing project for flats up to 30 square metres in four metro cities and 60 square metres in other cities.

Considering the demand for affordable housing, 51 percent of the new launches were under Rs 50 lakh in the December quarter. There has been a major shift in the supply of houses. Three years ago, the supply of houses in the premium segment costing more than Rs 50 lakh was the major focus of builders. But today, builders are targeting their supply to the affordable housing segment to cater to the demands of a larger audience.

Hiranandani said that that the recent budget proposals shall give the required thrust to the affordable segment along with the tax benefits. He said that it is essential to have the availability of cheap funds at feasible rates in view of the current economic scenario and volatility in the real estate sector post-economic reforms. He also suggested that land must be given by the government at a cheaper rate to create mass housing projects to attract more developers into the segment.