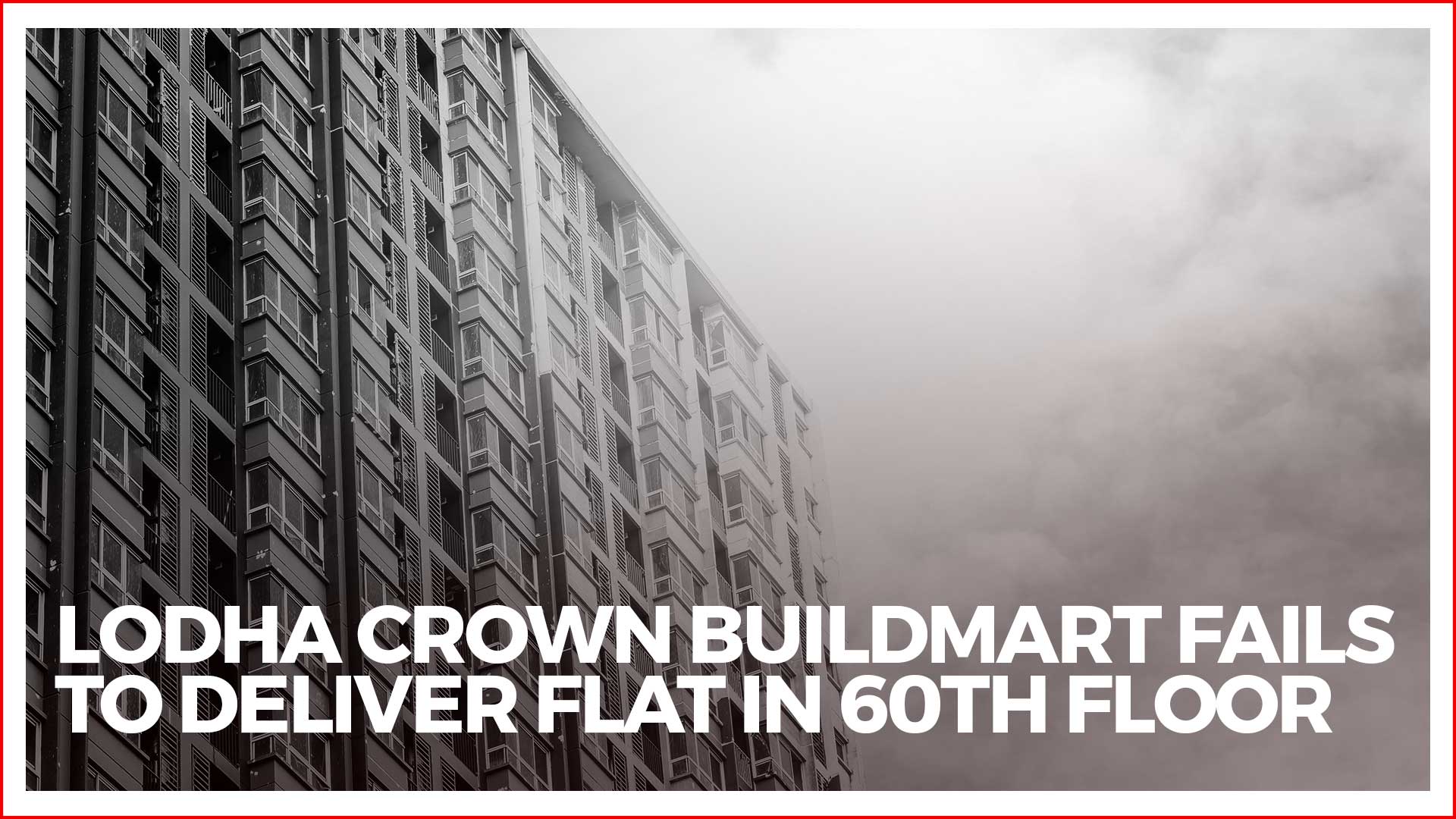 As buyers’ desire to own a flat on the 60th floor remains unfulfilled, Lodha Crown Buildmart Pvt Ltd ordered to pay damages by NCDRC

Booking a flat on the 60th floor proved to be a disaster for Jagannath and Baby Hiray. When the duo aspired to own a flat in Lodha, little did they know that their wish was going to remain unfulfilled.

Lodha Crown Buildmart Pvt. Ltd and its directors Ramandas Pandey and Pranav Goel have finally received an order from the National Consumer Disputes Redressal Commission (NCDRC) to refund the homebuyer over Rs 2.5 crore with interest, including deposit and other expenses. The flat booked by the buyer was a part of the Lodha Dioro project. It is located at New Cuffe Parade in Wadala, Mumbai and is a luxury project.

Surprisingly, even after knowing that they would not get MHADA’s permission to construct beyond 55 floors, Lodha demanded payments from the buyers.

Prem Narain, the presiding member of NCDRC, stated that Lodha should not have agreed to sell a flat on the 60th floor when it had not received adequate permission from the authorities.

Lodha started the construction work in 2013 and informed the buyer on July 19, 2013, that the structure would have only 55 floors so as to ensure delivery of flats by the end of 2015.

The MMRDA granted commencement certificate to Lodha on February 20, 2013, for ground-plus-53 floors. But this didn’t stop them from demanding additional payment from the complainants.

Again, in 2014, Lodha revealed to the buyers that they failed to get consent from authorities for constructing beyond 55 floors.

Much to the agony of the buyers, they received a cancellation letter in 2015. Without further delay, Hiray filed a consumer complaint to seek compensation for the damages that the developers had caused. He demanded Rs 2,81,45,918 along with 18 percent interest if the flat could not be given and damages of over Rs 1 crore.

Lodha argued that they were willing to return deposits and could not deliver due to some unpredictable circumstances.

Lodha also claimed that the complainant is not a consumer under the Act. However, the NCDRC declared its claim invalid.

The developer also expressed a willingness to offer a new flat in the same building with the same carpet area without any additional charges. The buyer, however, did not accept this offer.

Lodha was also willing to refund the deposit, which according to them was Rs 2.23 crore with simple interest at 9 percent.

The most searched builder online in India is making all efforts to make up for the losses that the buyers have incurred but the complainants are not ready to accept any of the offers.

However, the fact is that Lodha got permission to build only up to the 45th floor which justifies the disappointment of the buyers who booked a flat on the 60th floor.

The commission stated that though the opposite parties claim that they are ready to allot some other flat, no specific proposal has been received by the complainants or been indicated before the commission. In such a situation, when the booked flat cannot be delivered by Lodha as they failed to get consent to build the flat, Lodha is held guilty for deficiency in service.

ALSO READ: Homebuyers Pay Money To Builders And Get Cheated In Return