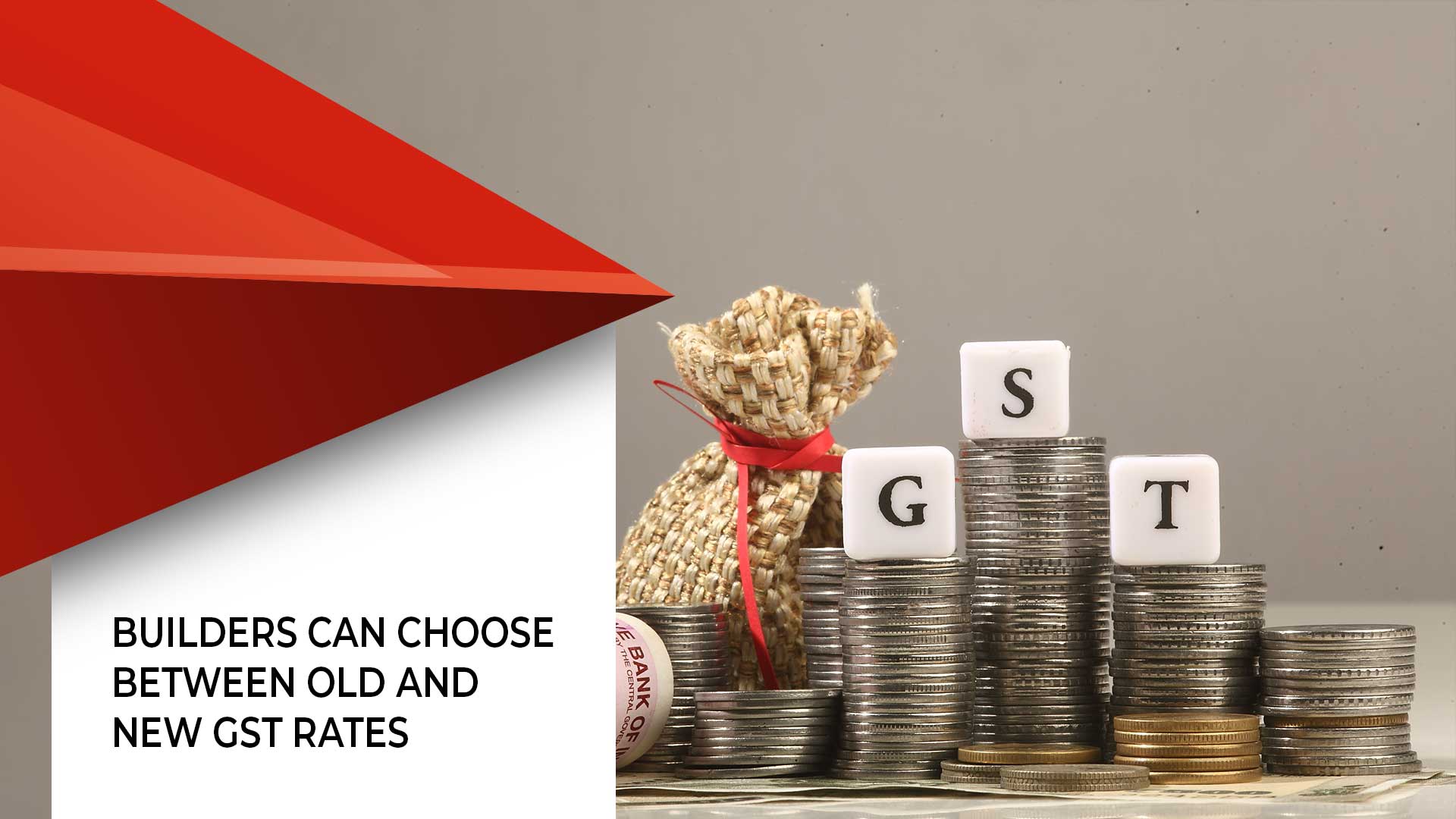 But now real estate developers can choose whether to opt for an old rate or new rate. The liberty to choose tax rate lies with the real estate developers. The consumers do not have a say in this. Developers would get a reasonable time in the transition in consultation with the states. The GST Council has also made it mandatory for the builders to purchase 80 percent of inputs and input services from registered persons to avail of the new taxes. Some of the fraudulent builders were not passing on the benefits of tax reduction to homebuyers and hence the council withdrew the input tax credits.

According to a statement issued after the meeting of the GST Council, builders are required to pay at the rate of 18 percent on RCM basis (reverse charge mechanism) on a shortfall of purchases from 80 percent. Different buildings in the same project can be eligible for different tax rates depending on the commencement of the construction. Project with up to 15 percent commercial space will also be treated as residential property. An anti-profiteering mechanism is implemented to monitor if the builders are passing on the benefits of the input tax credit to homebuyers.

Parth Mehta, Managing Director, Paradigm Realty, said that the council’s decision would result in developers pricing the new launches at a higher rate to protect the margins.

Ashok Mohnani, Chairman, EKTA World, Vice President, NAREDCO, said, “After passing the decision to reduce GST rates for the housing sector last month, was met with mixed reviews. The new rates which will be implemented by April 1st, 2019, would be accompanied with the end of input tax credits. It will not be a viable proposition to operate on erstwhile GST rates it won’t be absorbed by consumers. Moreover, there will be a marginal price increase for the under construction and upcoming launches to offset the loss of tax benefits in the new financial year. Albeit there is over all positive outlook and sales is expected to see a rise.”

National Real Estate Development Council’s (NAREDCO) National President, Niranjan Hiranandani, said that the real estate developers who choose the new GST rates will have to proportionately reverse their input credit. The reduced rate of GST would enhance the customer’s confidence and develop a positive scenario to further gain momentum in sales.