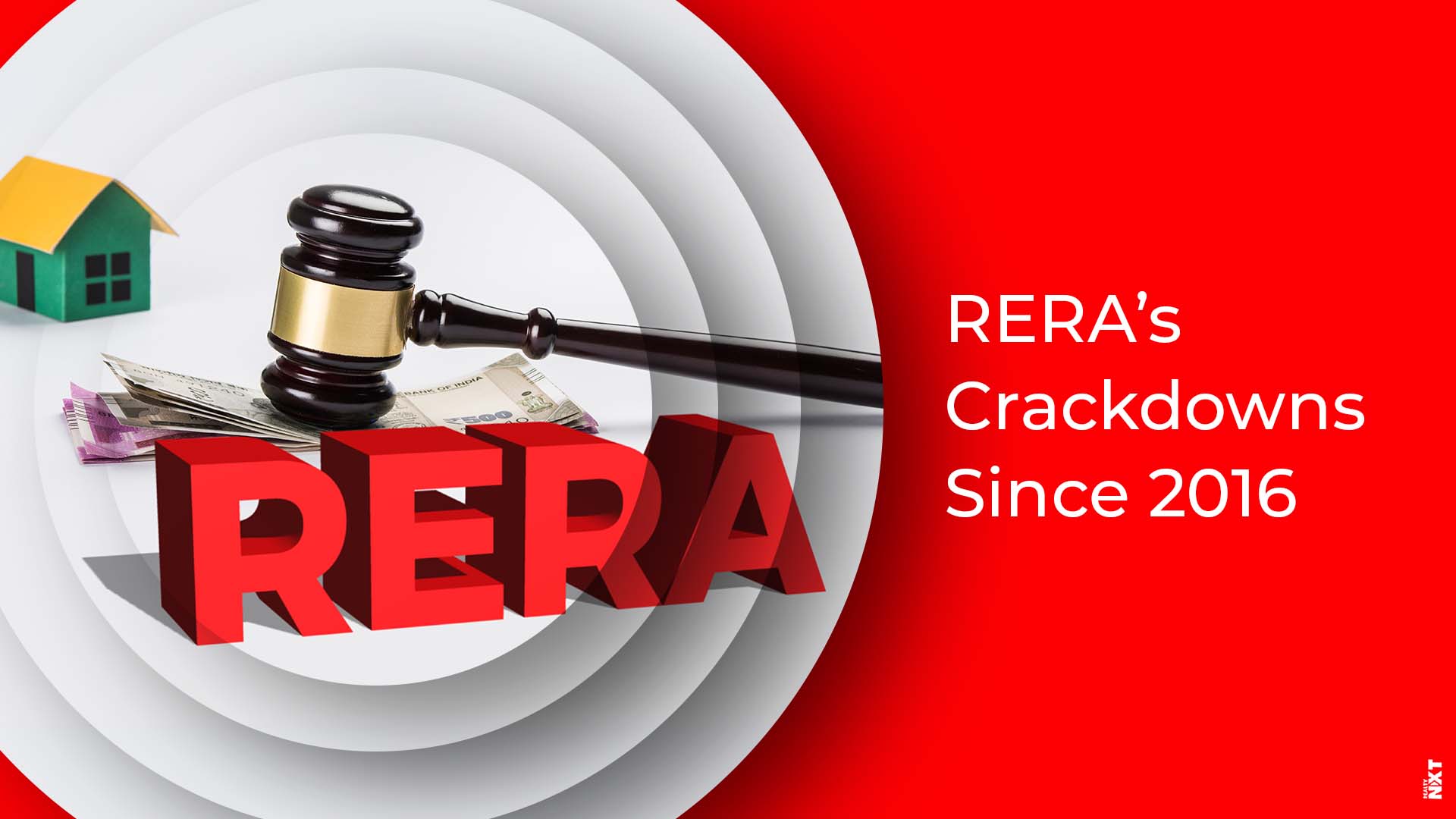 As RERA completes 2 years, here is a glimpse of how RERA played an important role in penalising unscrupulous builders while protecting the interest of homebuyers

RERA has completed two years since it came into existence. With property registrations rising and buyers lodging complaints against developers, RERA has played an important role in alleviating the worries of hassled buyers. From slapping fines on builders for causing mental agony to cancelling registrations of projects, RERA has ensured that it protects homebuyers’ interests and increases transparency across the sector. Maharashtra has reported record high property registrations with 20,718 projects registered till now. Gujarat stands second with 5,317 RERA-registered projects.

RealtyNXT presents the top 5 cases that give you a glimpse of RERA’s achievements so far.

MahaRERA imposed Rs 50 lakh on Piramal Realty. The real estate giant had failed to mention MahaRERA’s website address in an advertisement published in a national daily. Furthermore, crucial information like the project’s registration number was printed in small font size on the second page of the print advertisement. As per section 11 (2) of the RERA, any advertisement material published should compulsorily contain registration number, the website address of the authority and other details of the project. While the real estate player claimed that the violations of the Act were purely unintentional, MahaRERA imposed a fine and warned the company to be careful in future.

MahaRERA slapped a fine of Rs 2 lakh for causing mental agony to a homebuyer. The buyer who was a senior citizen had booked a flat in Crescent Bay’s Tower 6 in Parel. He had booked a carpet area of 119.69 square meters. However, the buyer didn’t receive the sale agreement despite paying 90 percent of the amount. Plus, the carpet area mentioned in the L&T’s MahaRERA website registration page was much less than what the buyer had booked earlier. MahaRERA instructed L&T to either offer the said carpet area or reduce the cost of the apartment. If the company wants to refund the entire amount to the buyer, it will have to do so by adding 10.5 percent interest. Irrespective of the compensation method chosen by L&T, a fine of Rs 2 lakh was instructed by MahaRERA to be paid to the buyer on January 2019.

Nirmal Co-operative society was penalised with a hefty amount of Rs 6 crores. The amount declared by MahaRERA as fine came as a huge surprise as this was the first time that MahaRERA imposed such a hefty amount. The developer Pramod Manmode attracted a fine as a result of failure to register his project called Nirmal Nagari located at Mouza Harpur on Ring Road. The developer was given a deadline of 21 days to register the project. The pending registration of the project which is spread over 17.4 acres was brought to notice by one of the residents of the project. As soon as MahaRERA came to know about this, it ordered its team to look into the matter and verify.

Ravi Group is a real estate developer and builder in Mumbai. Arun Parusharam Veer lodged a complaint against the delayed possession of flat booked in Gaurav Woods II. Gaurav Woods II is located in Mira Road East and the homebuyer was promised possession in May 2015. But the developer, however, failed to deliver the flat on the promised time. As soon as MahaRERA received the buyer’s complaint, Ravi Group was ordered to pay a refund amount of Rs 65.66 lakh plus 10 percent interest which adds up to Rs 94.89 lakhs. The developer however ignored this order. As a result of this, MahaRERA instructed the tehsildar to check the movable and immovable properties of the group and recover the amount.

5. UP RERA cancels the registration of projects

UP RERA cancelled the registration of as many as 32 residential projects. Expiry of date of the approved map and sanctioned letter, failure to upload a valid sanction letter and layout plans by the promoters were among the reasons why UP RERA denied registration of projects. Vaishno Enclave project and Paramount Floraville (C and F Towers) Jaipuria Sunrise Greens are some of the projects that were denied registrations.

ALSO READ: Property Registrations Under RERA Rise Across The Country