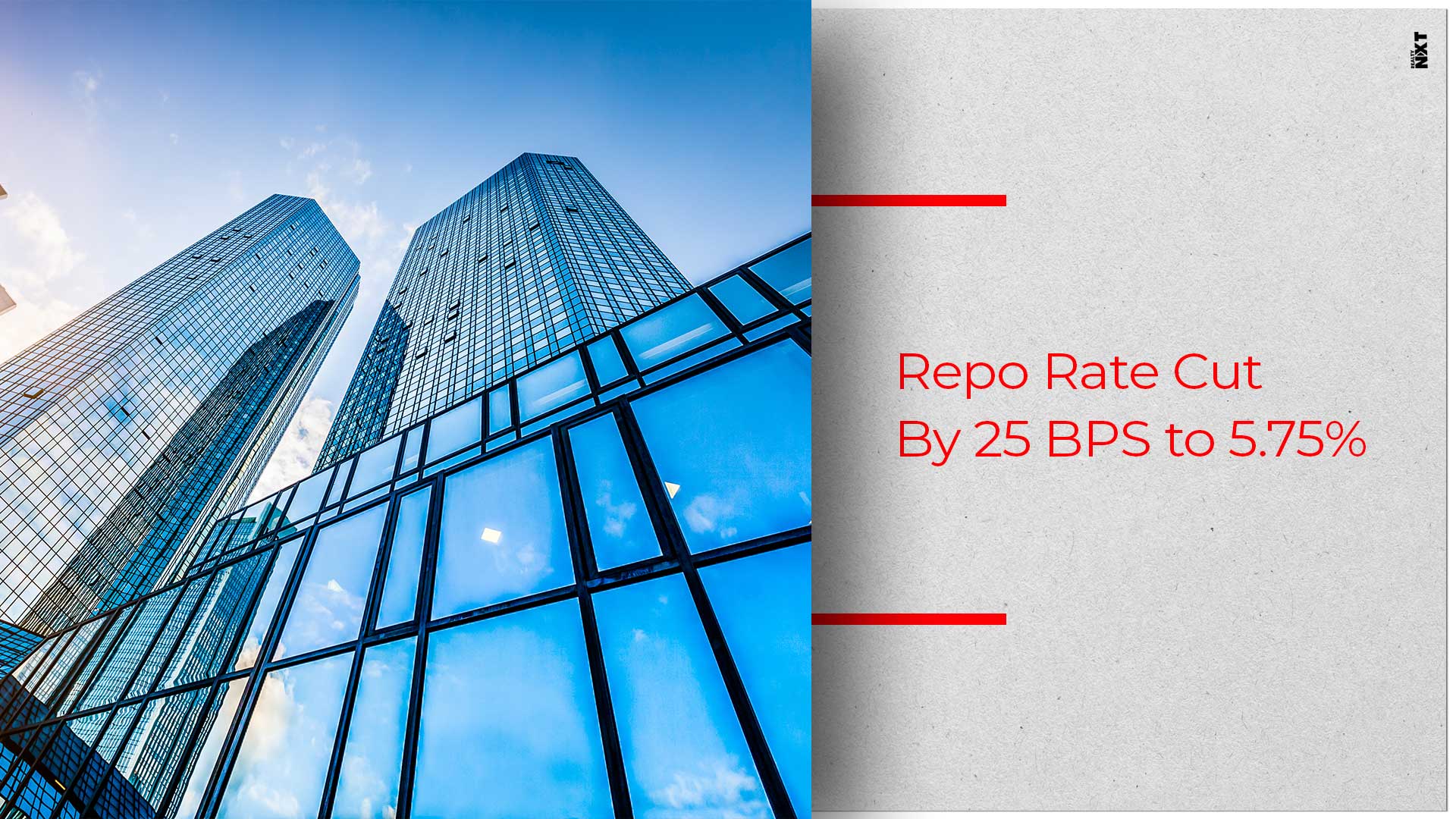 The Governor of the Reserve Bank of India (RBI) Shaktikanta Das announced on June 6 that the repo rate has been slashed by 25 basis points. The new repo rate is now 5.75 percent, previously it was 6 percent. The Indian real estate industry has welcomed the move. Real estate experts believe that this decision will bring ease to homebuyers as it will decrease the burden of their hefty EMIs and in turn boost sales of housing projects.

Rajan Bandelkar, President, NAREDCO Maharashtra said, “The third consecutive 25 basis point cut by the RBI is highly appreciated by the real estate fraternity as well as the homebuyers. The previous rate cuts by RBI has not emanated into the transfer of benefits on the expected lines by the financial institutions. RBI has changed its stance from ‘neutral’ to ‘accommodative’ which also possibly provide banks with the required contextual setting and cushioning to provide funds to NBFCs and thereby, have a capital influx in the entire financial system, arresting the liquidity crunch. A good monsoon will lay the context for further rate cuts during the year. The recently revised GST rates coupled with 5.75 percent and stable government look potentially rewarding with a promising future for home sales in the coming second half of the year.”

Manju Yagnik, Vice Chairperson, Nahar Group said, “The year 2019 has brought in the required intervention and announcements that are expected to bring in the required equilibrium from demand-supply mechanism and price functionality in the home market in India. The astounding win of the NDA government has strengthened the market hopes in India. The considerable increase in the Nifty figures from 11,100 to 12,100 within the period of just two weeks is a clear sign of strong market revival considering both long term and short term effects. As the monetary policy committee today announces a cut down on the interest rates by 25 basis points, this movement has set in motion the ever awaited change in the real estate sector. The following rate cut will certainly lead to a reduction in interest rates charged by banks on home loans which will furthermore reduce EMI on housing. The stance change from neutral to accommodative by RBI will boost consumption and assist in regular cash flow in the market. This is a positive encouragement to all those seeking homes and brings relief to us developers as well since after a dry spell, we see a potential rise in the real estate sector.”

Rohit Poddar, Managing Director, Poddar Housing and Development said, “The reduction in the repo rate is essentially driven by the broad-based deceleration in the economy in recent months. This shows the commitment of the RBI to ensure the transmission of rate cuts to the end consumers. Slashing down the rates by 25 bps along with a changed stance will create a positive ecosystem and stimulate the growth dynamics and investment cycle in the real estate sector. It will consolidate the buying sentiments with lower EMI. There is a slight reform in liquidity issues in the sector after two back to back rate reductions, and a cut-down for the straight third time will definitely undertake the liquidity shortfall in the sector at large. We expect more such actions by RBI on the liquidity front.”

Ashok Mohanani, Chairman, Ekta World stated, “It will definitely spur growth for the real estate sector specifically. The revised repo rate brings it below 6 percent in the first time since September 2010. There have been many meaningful interventions by the government and regulators which provided a positive boost to the buying sentiment among the homebuyers. Rate cuts will ensure affordability in terms of home loans and hence, dropped EMI, lesser GST, tax rebate for income up to Rs 6.5 lakhs for the middle class. All these shall give some sales impetus to real estate.”

Chintan Sheth, Director of Ashwin Sheth Group said, “This is a positive step for the Indian economy. Such consistent initiatives play a significant role in not only bringing down the home loan rates but also ease the liquidity crunch thereby reviving the overall health of the sector. We hope that banks pass on the benefit to consumers. Most importantly, we anticipate that the announcement will encourage buyers to buy their dream home.”

Sarojini Ahuja the VP, Sales and Marketing of Transcon Triumph said, “This will definitely make home loans cheaper and also increase liquidity in the banking system. RBI has given positive signs showing that the market is improving and finally the financial institutions can now start on to pass the benefits to the end-users. A stable government, cheaper loans for homebuyers and rising demand will create renewed interest in residential property purchase from end users.”

Rajat Rastogi the Executive Director of Runwal Group said, “It will have a positive impact on the Indian economy. Presuming that the banks will extend the benefits to the customers which will lead to lower EMI and higher purchasing power capacity of the home buyers. A stable government at the centre, declining interest rates along with new reduced GST rates collectively will encourage the buyers to buy their dream home.”

Hiral Sheth HOD, Marketing of Sheth Creators said, “It is a welcome move. This will definitely help in bringing down the home loan interest rates and will also bring some amount of cheer to the homebuyers. As EMIs are likely to fall due to a drop in interest rates, the demand for housing should rise and propel the growth of the industry.”