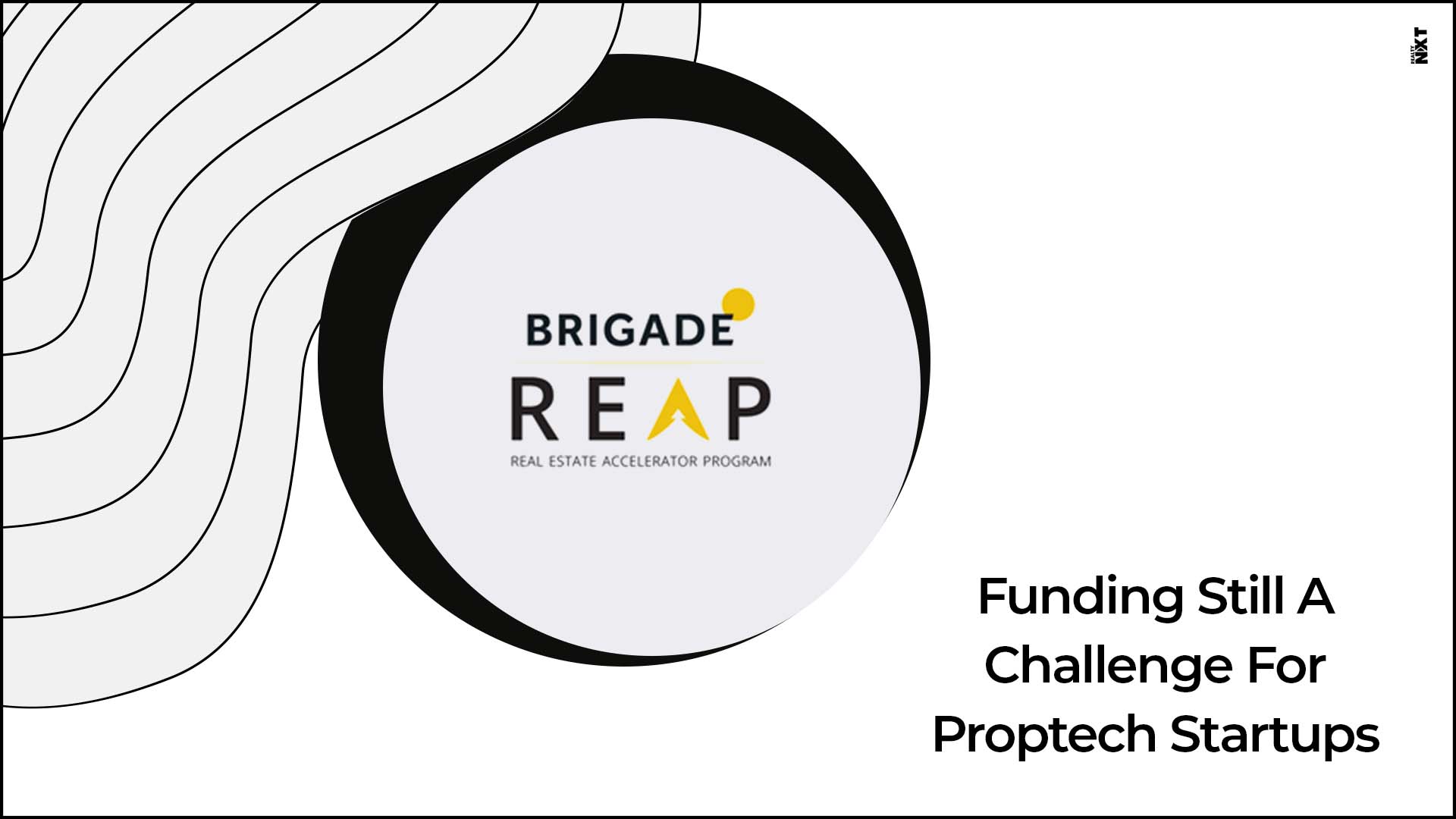 Ankur Nandi, Sr Investment Analyst at Brigade REAP, observed that the real estate industry has lagged behind when it comes to adopting innovative and disruptive technologies. REAP has mentored 24 startups since it was launched in 2016. Having interacted with different kinds of startups, REAP realised that there is a wide gap between what the industry expects and what the startups are offering. In order to eliminate this gap, REAP studied what the startups are expecting in turn from the industry. The survey covered 100 startups in different stages right from those with just a prototype to those that successfully raised additional funding. The study revealed that fundraising was the top challenge for the majority of startups.

Nandi said that they identified five key factors that will help startups stuck with lack of funds.

A truly innovative solution to address a grave issue, an equally balanced and competent team, enough clarity on the business model and product, a large addressable market, a well-planned pricing model and some traction with clients are the essential factors that will solve the funding issues for clients.

The next big challenge that needs to be addressed is sales closure. 59 percent of startups rated sales closure as the second biggest challenge and 55 percent voted for customer connect as another major challenge. While conducting the study, REAP found that one of the major reasons why startups could not close deals was the lack of clarity about their customers. Startups are not clear about whom to approach and are not armed with enough knowledge. They are unaware of who the decision -makers are and face the problem of lack of credibility.

Established real estate players are not really drawn towards the early-stage startups mainly because they don’t have the right business and pricing models. And even if the pricing fits, the failure rates of startups demotivates the clients. According to a report by the IBM Institute for Business Value and Oxford Economics, close to 90 percent of startups fail within the first five years.

Ankur added that once the startups address all the problems, they will certainly attract the right kind of investment. Brand building, resource planning and mentorship are the other pressing problems that startups need to solve. Startups are of the opinion that the real estate industry is rather slow in implementing technology which has led to the birth of a relatively large potential customer pool and an underutilised market. 80 percent of the proptech startups covered under the survey is targeting the B2B and B2B2C segment. Nandi said that the survey has reinforced the belief that the proptech industry is healthy and growing. Proptech startups have compelled the real estate industry to examine and rectify the traditional wastage, expenditure, and inefficiency.