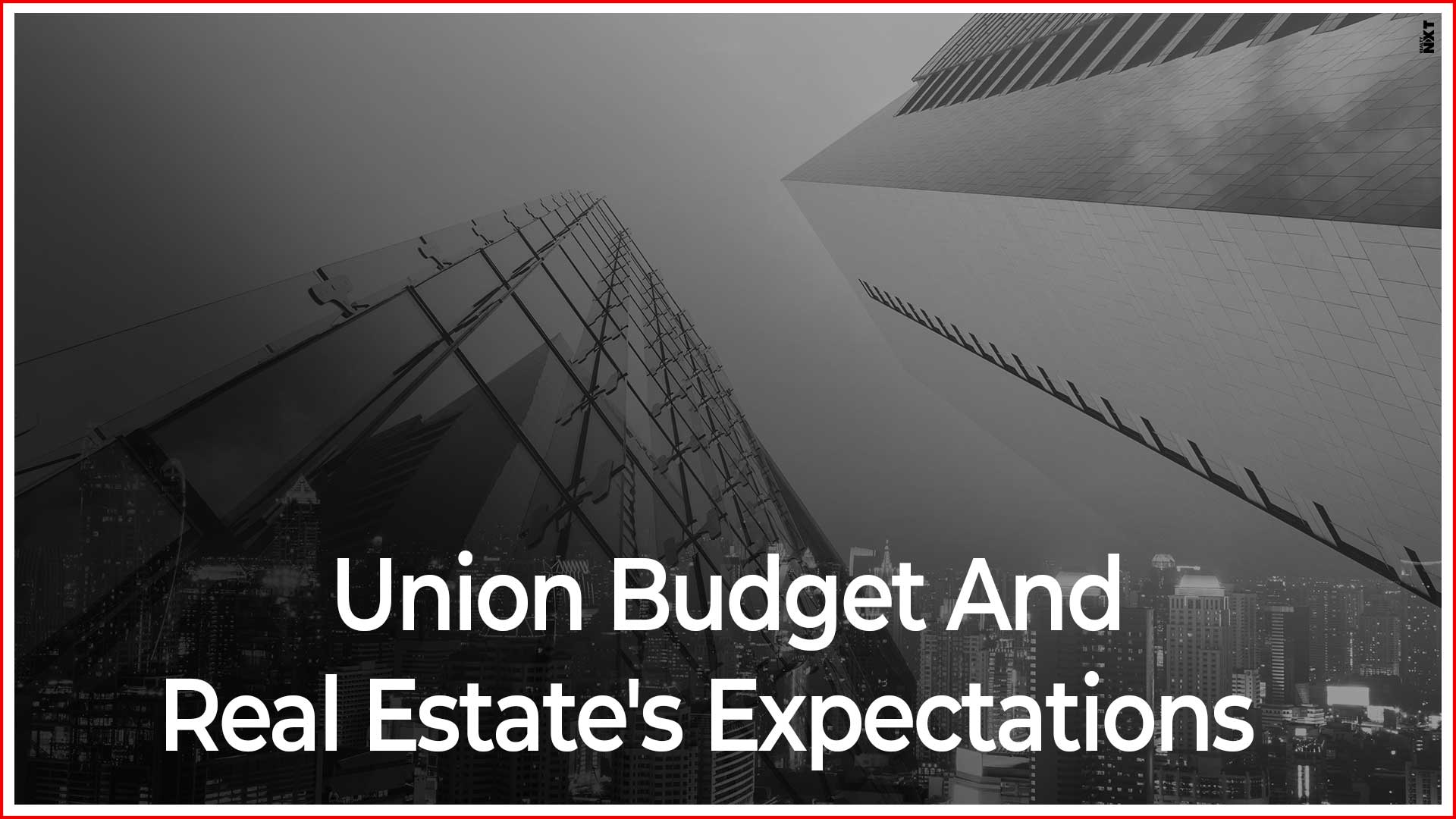 As the newly elected government is set to present the Union Budget, the developer community has certain expectations

Nirmala Sitharaman is the first lady finance minister of India who is going to present the budget on July 5. This is the first budget of the newly elected government Modi-led National Democratic Alliance (NDA) government. While all the sectors operating in the economy are eager to know what the Union Budget has in store for them, the real estate industry is one among them that has openly expressed its hopes and expectations from the budget.

Some of the noteworthy real estate players in the country have expressed their views, opinions and expectations from the Union Budget.

“The economy needs urgent stimulus and revival of the real estate sector, which so many other sectors depend upon. A paramount reduction in interest rates will spur a drastic improvement in the existing liquidity crisis and will ensure the money flow in banks and NBFC’s. A clear road map for regulations is needed and further corrective measures should be taken to rationalise the GST. Job creation will take place with increased consumption and economic revival.”

Shishir Baijal, Chairman & Managing Director, Knight Frank India, said that in the last few budgets many steps were taken to stimulate affordable housing demand. However, despite the efforts, conversion of latent demand to actual sales have remained slow. Some urgent steps are therefore required under the ambit of the Union Budget to provide a fillip to the sector.

“The government should consider providing industry status to real estate which would enable developers to raise funds at lower rates and augment their execution capabilities. Alongside, under the ambit of affordable housing, the government can enhance the eligibility for CLSS and GST rate benefits to benefit a larger section of consumers in urban centres,” Baijal said.

“Besides real estate, another prominent area of intervention is urban mobility. On this account, the government should accelerate its initiatives on infrastructure development which will open up cheaper land for housing and ensure better affordability. Further to meet urban housing requirements, the government should consider promoting the development of an institutional rental market.”

“Lastly, while the government has taken measures to provide fiscal incentives in earlier budgets, we have seen only one REIT listing so far. The government can further push the REIT agenda by reducing the timelines of investment from 3 years to 1 year for capital gains taxation thereby ensuring larger retail investor participation,” he concluded.

“As the interim budget is ensuing in the coming days we expect the realty sector to see a complete revival. To maintain its position as one of the fastest growing economies, the budget needs to be a healthy mixture of everything and assure economic and financial growth. Solving the liquidity crisis over NBFC’s by increasing the financial limits is necessary for benefitting the developers at large.”

“Also, to attract more foreign investments it is crucial to building a stronger infrastructure for profitable incentives to be bought into the sector. If the housing loan rates are reduced, it will provide major tax relief and benefits to homebuyers and investors alike. Real Estate sector, being a significant contributor to the economy, needs a multiplier effect for efficient economic growth.”

“With banks not being permitted to fund land purchases, there is a heavy dependence on NBFCs, despite the high cost of funds. The NBFC crisis, forecasted to take a whole year to settle, has led to stalling and delays in payments due, to developers. There is also mounting pressure on developers to clear debts. With both these factors at play, deliveries are impacted. This, besides having its own financial implications under RERA is a dampener to demand, as is the upward price pressure due to high input costs.”

“The government must, first and foremost, take steps to revive demand by providing short-term benefits by way of enhanced tax relief on purchases made before the cutoff date. Another demand booster would be measures to enhance benefits for rental housing, making investments in rental property more lucrative for buyers. These combined, will enable shifts in buyer sentiment and consequently demand. Eliminating the ITC (input tax credit) has reversed all the gains made in bringing the smaller service providers into the formal tax system, incentivising black money transactions. It must be something that the government must reconsider. Also, a hard look at revising GST on cement which, at 28 percent is equivalent to other “sin” goods, will be appreciated,” he said.

“The real estate industry is looking forward to a major boost in terms of funding right now due to the industry requiring the same after many of the NBFCs’ downfall. For this, a commitment from the government is imperative and the Union Budget would play a key role in this.”

“The reality of realty sector is amidst trinity of worst three facts including increasing input cost due to the abolishment of ITC and exorbitant development premiums, excruciating liquidity crisis due to NBFC defaults and rising NPAs of banking sector and piling up of unsold inventory due to weak consumer sentiment on back of high unemployment. It is one of the worst phases for real estate as an asset class underperforming by leaps and bounds vis-à-vis others.”

“Hence the wish list of the sector is long which was left ignored in the interim budget due to government’s focus of populist budget ahead of the election. The NBFC fiasco and overall credit crunch of the banking system had a domino effect on the viability of real estate with access to construction finance largely paused and exorbitant rates of borrowing making project viabilities questionable.”

“The budget majorly requires discussing the key issue of high unemployment rate, financial sector challenges like the NBFCs crisis, agrarian crisis etc. as this has cumulative pressure on people and the economy. With the looming slowdown in the economy, and Govt searching for ways to give a fresh impetus – credit should consider moving an application to Govt to open ECB in real estate. This will see significant funds flow into our industry. This will help us tide over the current NBFC slow down as well.

“Schemes like 80 I B, permitting ITC in GST, removing deemed rent on unsold inventory and removing the 45-lac cap for affordable housing at least in Metros will stimulate growth. According to the previous budget the government decided to emphasise more on enhancing overall infrastructure, connectivity, and transportation which reflects the government’s proclivity towards providing a sustainable developed environment. Also, there is certainly a need to relook at the tax structure. There must be reconsideration to reduce the percentage for the 5 lakhs to 10 lakh slabs as that will reduce burden and increase disposable income which will aid liquidity.”

From solving the liquidity crisis to granting industry status to the sector, the developer community expects some major initiatives from the government. With the presentation of Union Budget scheduled on July 5, economists, corporates and, especially, the real estate sector are expecting that the budget will prove beneficial for them.