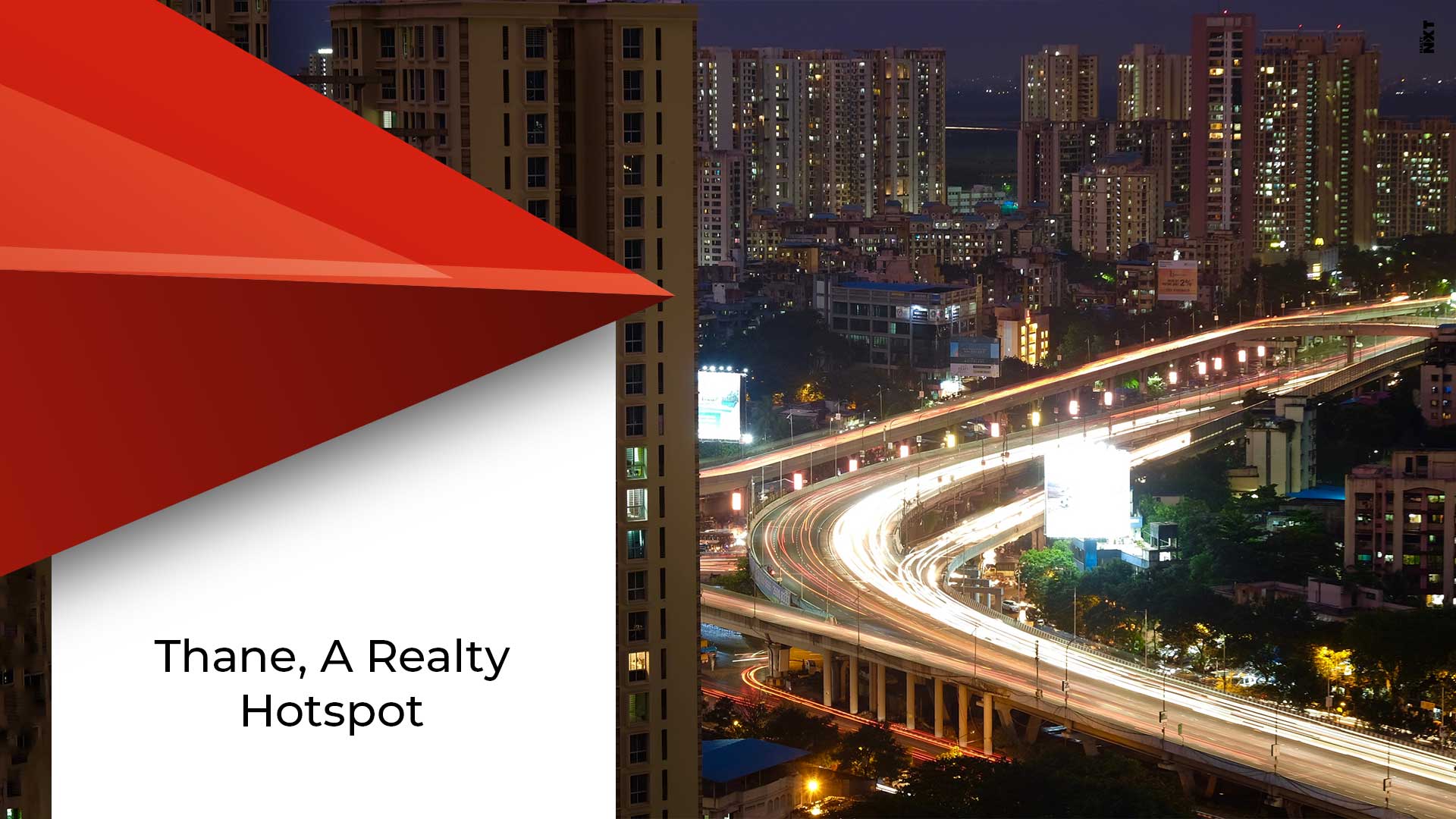 Thane, once regarded as a major industrial belt has now transformed into a preferred real estate destination. Strategically located in the heart of Mumbai’s MMR region, Thane is regarded as a rapidly growing city, but the town’s history dates back to more than 2,000 years.

Once a factory land, Thane fell prey to industrial turbulence which compelled factory landowners to relocate to other states and sell their plots to real estate developers who changed its landscape by developing prime townships and standalone buildings. It has slowly emerged from the shadows of Mumbai and has created its own identity.

Amidst the concrete jungle of Mumbai, Thane stands apart in its offering of the lush green forests of Yeoor Hills; serenity personified and a rejuvenating experience. Earlier known as the city of lakes, it has now become one of the most urbanised districts in Mumbai.

The government’s colossal investment in developing Thane’s infrastructure has resulted in better connectivity via roads, railways, and even the metro. Some of the major developments have taken place across the Eastern Express Highway.

Thane offers excellent location advantage because of its seamless connectivity to different parts of the city, and the proposed Navi Mumbai airport will only enhance this further. This, coupled with affordability makes it a viable option for buyers and developers alike. The entire stretch of the Eastern Express Highway, once an empty plot, is now dotted with some of Mumbai’s prime residences, educational and healthcare institutions and commercial malls.

Amongst the many creative and entertainment offerings, Thane city is a fine medley of art, culture, literature, sports and a host of other surprises. Thane is also in proximity to the Sanjay Gandhi National Park in Borivali. It is home to diverse communities who live in perfect harmony in this city which continues to attract investors and homebuyers. Many sport and art personalities who have their roots in this suburb have made this city proud with their glorious achievements. Communal harmony is explicit in the grand celebration of the numerous festivals which every ‘Thanekar’ partakes with much enthusiasm.

A city that was once predominantly Maharashtrian in culture now boasts of a cosmopolitan ambience second to none. The city continues to thrive on the goodwill it has earned through its residents and the many tourists and visitors who stop by to enjoy its rich culture and heritage!

The commercial and residential development has changed the landscape of the suburb making it one of the 16th most populated cities in India. The growth potential for realty in Thane is enormous, and property prices are expected to appreciate significantly in the coming years.

Recognising the growth potential of Thane, developers are striving to offer homebuyers a perfect opportunity to stay in one of the envious suburbs of Mumbai. This locale welcomes investors and homebuyers interested in the purchase of second homes.

Among the several benefits, quick connectivity to the Eastern Express Highway, the presence of Viviana Mall in Thane’s Platinum Belt and mesmerising view of the Yeoor Hills are some exclusive privileges for the chosen few. Thane serves as the upscale address for homebuyers.

ALSO READ: What Makes Malad A Hotspot For Homebuyers In Mumbai?