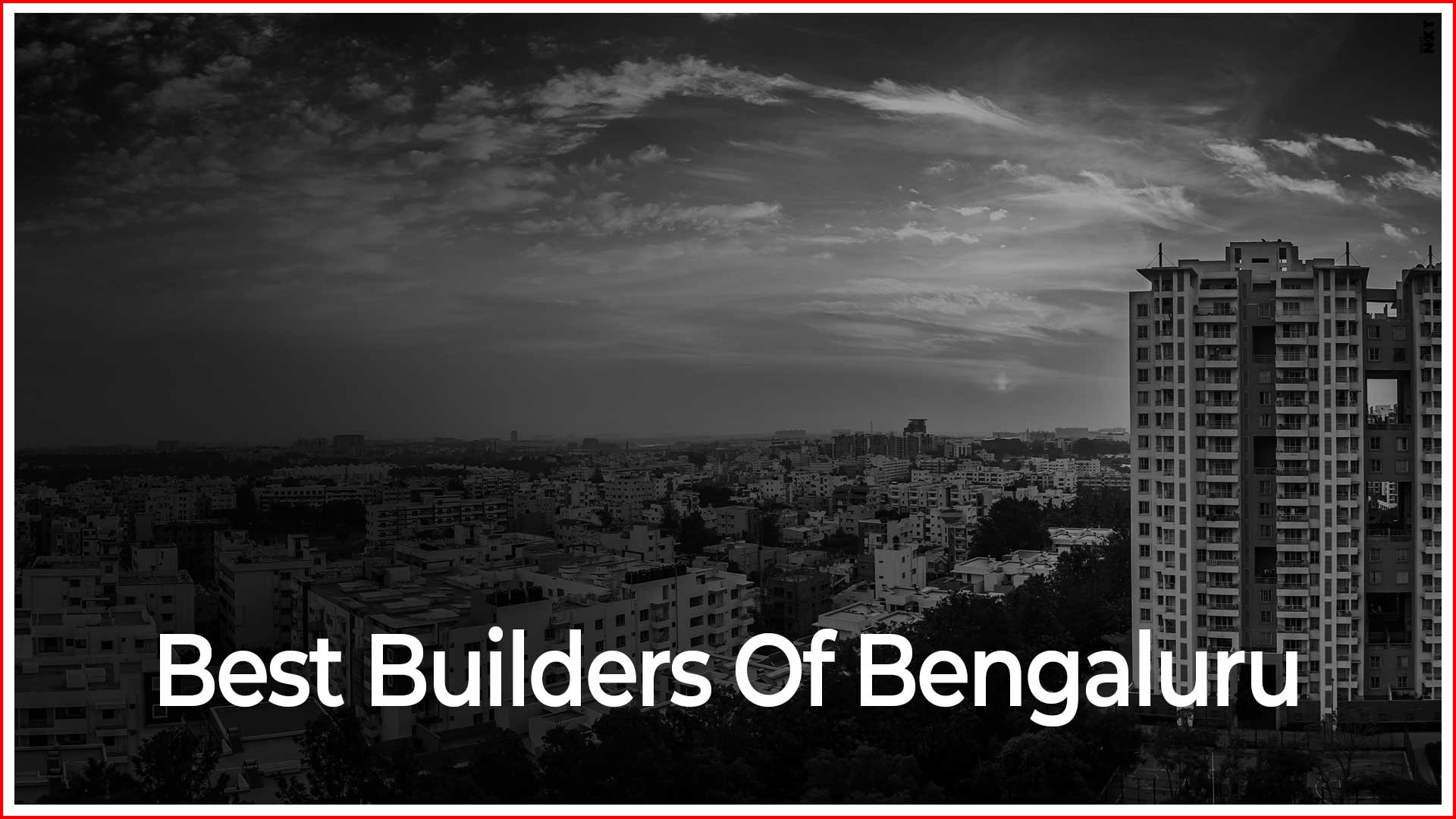 Bengaluru, the IT hub of India, has a plethora of real estate high rises enveloping its skyline. The city boasts of great infrastructure and has always attracted the best of real estate development. Builders of Bengaluru are known for their professionalism and timely completion of projects. Every ‘all India top builders’ list has quite a few heavyweights from the ‘garden city’.

Number of residential projects till date: 118

Known as one of the top builders in India, Sobha Limited has an unmatched legacy. They specialise in building the best residential apartments, villas, row houses, luxury, and super luxury apartments, plotted development and aspirational homes. What makes them numero uno is that all their projects are planned with flawless precision and world-class amenities.

The real estate giant is known to adopt eco-friendly measures for the construction of its projects. It has a model of backward integration. It is the only Indian developer to have all the competencies and resources in-house to deliver a project from conceptualisation to completion.

Number of residential projects till date: 25

Embassy Group is an exemplary real estate company. It is known for dabbing in commercial, residential, retail, hospitality, services and educational sectors of real estate. As of now, it owns a gigantic land bank of 1,000+ acres across India. It specialises in leasing office space and developing integrated office parks. It has created more than 41 million sq. ft. of office spaces and it working on an additional 72 million sq. ft. of commercial realty.

Number of projects till date: 210

The sheer number of prestigious awards won by Prestige Group alone speaks volumes of its popularity. In Bengaluru alone, it has a staggering 205 landmark developments. It gave the city its maiden premium residential project named Prestige Acropolis. It also gave Bengaluru one of its very first gated communities named Prestige Ozone.

Number of projects till date: 250

Brigade Group is one of Bengaluru’s most famous real estate companies. They are known for their villas, penthouses, premium residences, luxury apartments, value homes, urban studios, independent living for seniors and mixed-use projects and townships. They are one of the few in the business to build Grade A commercial projects. They are the license owners of the World Trade Center for all South Indian states.

This year, Brigade Group entered the co-working space with by launching BuzzWorks. Its co-working operations have already kickstarted with 2.5 lakh sq. ft. of space with a capacity of 2,500 seats. The company aims to expand its coworking space to approximately one million sq. ft. by 2022.

Number of projects till date: 120

Long before the IT boom in Bengaluru, Salarpuria Sattva pioneered the construction of software parks with G R Tech Park in Whitefield. At the moment it is developing 40 million sq. ft. out of which more than 60 percent falls under commercial realty. Salarpuria Sattva began its real estate journey with a project merely measuring 20,000 sq. ft. In Bengaluru alone, it is developing 8 million sq. ft. of IT tech parks.

It is all set for a grand entry into the affordable housing segment with 6 new projects in the city.

Number of residential projects till date: 24

Mantri Developers has grown from strength to strength in its glorious 20-year-long journey. It has set fantastic benchmarks for the real estate industry with its innovative ways. It has developed residential, retail, office, hospitality, and township projects which are highly sophisticated in every right. It is famous for its stunning villas, gorgeous row houses, super luxury apartments, luxury apartments and semi-luxury apartments.

The company makes sure that each real estate project is built keeping in mind the highest standards of safety along with eco-friendly practices. It was one of the first developers in the city to incorporate home automation technology for its residential projects. Even in the commercial real estate sector, it is known to build premium and ultra-modern spaces.

Number of residential projects till date: 19

Nitesh Estates is synonymous with luxury real estate projects. It is famous for infusing its projects with superior designs, cutting-edge facades, classy interiors, sophisticated landscaping and excellent attention to detail. It has made a mark with its offerings in stunning office buildings, hotels, homes and retail projects. It has successfully developed one of India largest corporate housing projects for ITC Limited.

Nitesh Estates is famous for developing and owning India’s first Ritz Carlton in Bengaluru. It even pioneered foreign direct investment (FDI) in India’s real estate industry with garnering investors like Och Ziff and Goldman Sachs Inc. Currently, it is working towards increasing its A-grade office space by 5 million sq. ft.

Number of residential projects till date: 48

Keeping the motto of success at its core, Purvankara has emerged as one of the most respected real estate brands in the country. Back in 1998, it received the prestigious ISO 9001 certification by DNV. It also has a DA2+ rating by CRISIL. These two of its achievements alone are the biggest testimony of its unblemished reputation of being a developer par excellence.

Among its multiple achievements is winning the Finaliste, International Prix d’ Excellence in 1998 for Purva Park in Bengaluru. Currently, it is in the process of beginning 13 new housing projects with a total budget of Rs 3,000 crore. Six out of them will be constructed in Bengaluru.

Number of residential projects till date: 25

Shriram Properties is one of the many companies by its parent company Shriram Group. It excels in real estate and believes in giving utmost importance to the desires and dreams of its customers. It advocates and strictly adheres to complete transparency. At the moment it is working on developing 31 projects which will add another 54.87 million sq. ft. to its portfolio.

Number of projects till date: 35+

With humble beginnings and helping out a friend to build his house, real estate company Sowparnika stepped into the business. After the completion of a 4 unit apartment named Sai Kuteer, it developed a 5 unit home named Sai Poornima.

Due to its mantra of offering affordable homes on time, in its very first year of inception, Sowparnika’s first-year turnover was Rs 4.5 crores. Today, the real estate company offers easy payment plans and aims to construct at least five projects every year.

ALSO READ: The Top 10 Prominent Builders In The City Of Kolkata