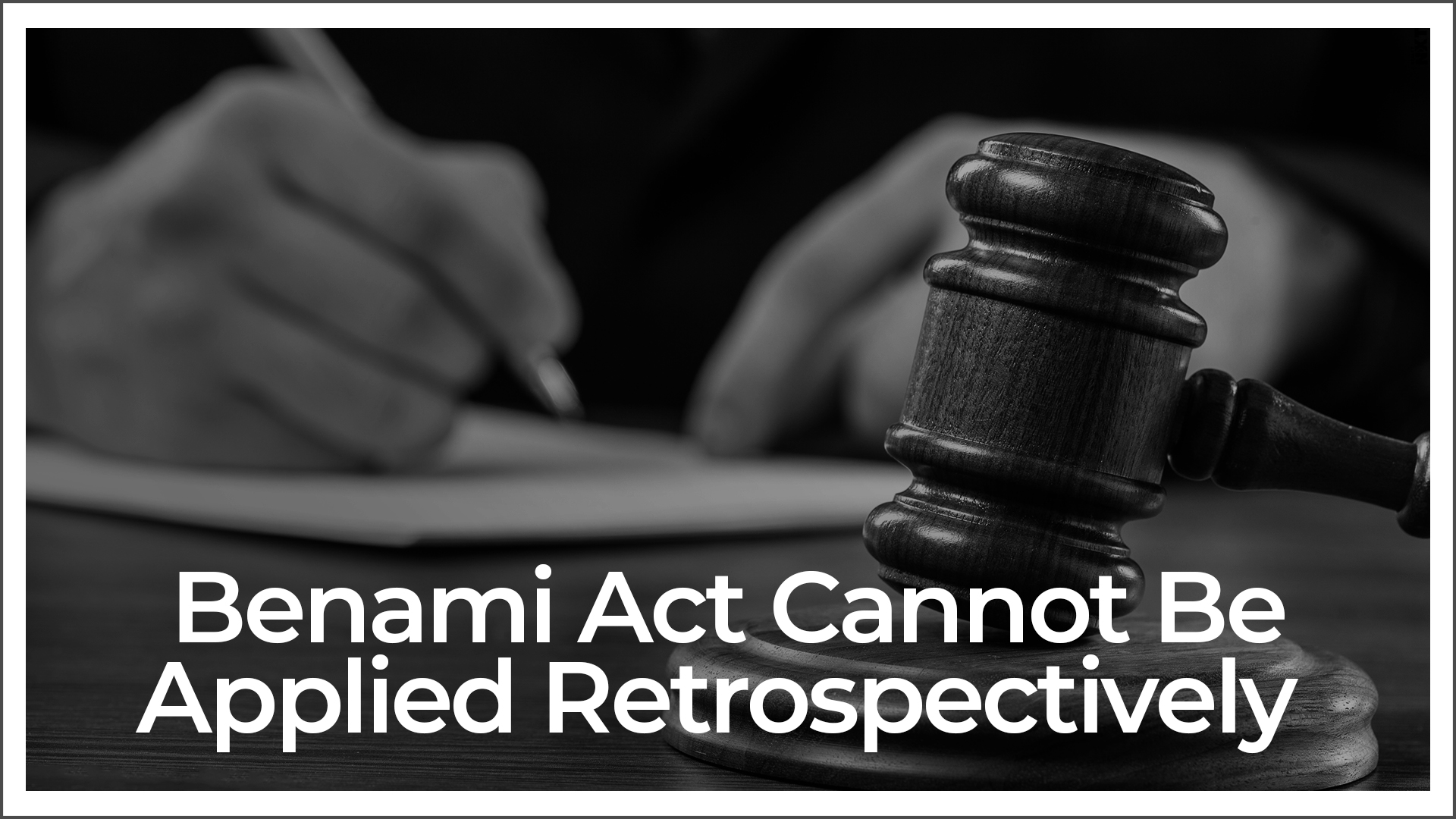 The Rajasthan High Court’s ruling on the discrepancies in the Benami Property Act Amendment 2016 has brought much-needed relief to property owners. The ruling has also paved the way for real estate joint ventures.

Abhilash Pillai, Partner at Cyril Amarchand Mangaldas, said that it is a fair and reasonable judgement that has come out from the Rajasthan High Court in Niharika Jain’s matter. It says that the 2016 Benami Amendment cannot be applied retrospectively. This judgement will bring relief to a lot of people who are being prosecuted under the 2016 Act for the offences allegedly committed before August 11, 2016.

The law was introduced to prevent individuals from resorting to property investments as a means to hide unaccounted cash. The act has significantly introduced Benami transactions owing to the increased penalties, punishments and strict implementation. But simultaneously, the real estate sector also experienced a slowdown.

Anuj Puri, Chairman of ANAROCK Property Consultants, said that it was widely anticipated that post the amendment of the Benami Act, most land dealings will begin to have clear titles. He clarified that it will also pave the way for developers to carry out more joint developments with less litigation.

The main issue was the tax authorities taking advantage of the amended act in cases filed before the new act came into force. This implied that the government will not have to pay to seize disputed properties even before the court concluded the transaction as a Benami property.

Ramesh Nair, CEO and Country Head at JLL India, said that the court ruling has clarified that authorities concerned will need to examine each instance of property attachment on its own merits and keeping in view that Act is applicable prospectively. Properties with clear titles and have not been transacted through Benami ways will be transacted in the usual manner.

However, some in the industry fear that this ruling could have adverse impacts. Anuj Puri said that the court needs to make sure that such rulings don’t defeat the entire purpose of the amended Benami Property Transaction (Prohibition) Act, 2016. It is imperative that all rulings are in sync with the real intentions of the Act. Such rulings should not send out a wrong signal to those who have actually been using real estate to hide unaccounted funds.

“Stringent provisions under the new act can have an adverse impact on the real estate industry. Developers who used to buy land earlier in multiple ownership, due to land ceiling issues, are now encountering the possibility of taxman seizing such properties under the new Benami laws,” he said.

Pillai said that the industry leaders are expected to seek exemption from the ceiling limits on the land which are meant for development projects. Otherwise, it will slow down the cash strapped industry further.

ALSO READ: What Measures Do The Union Budget Need To Include?