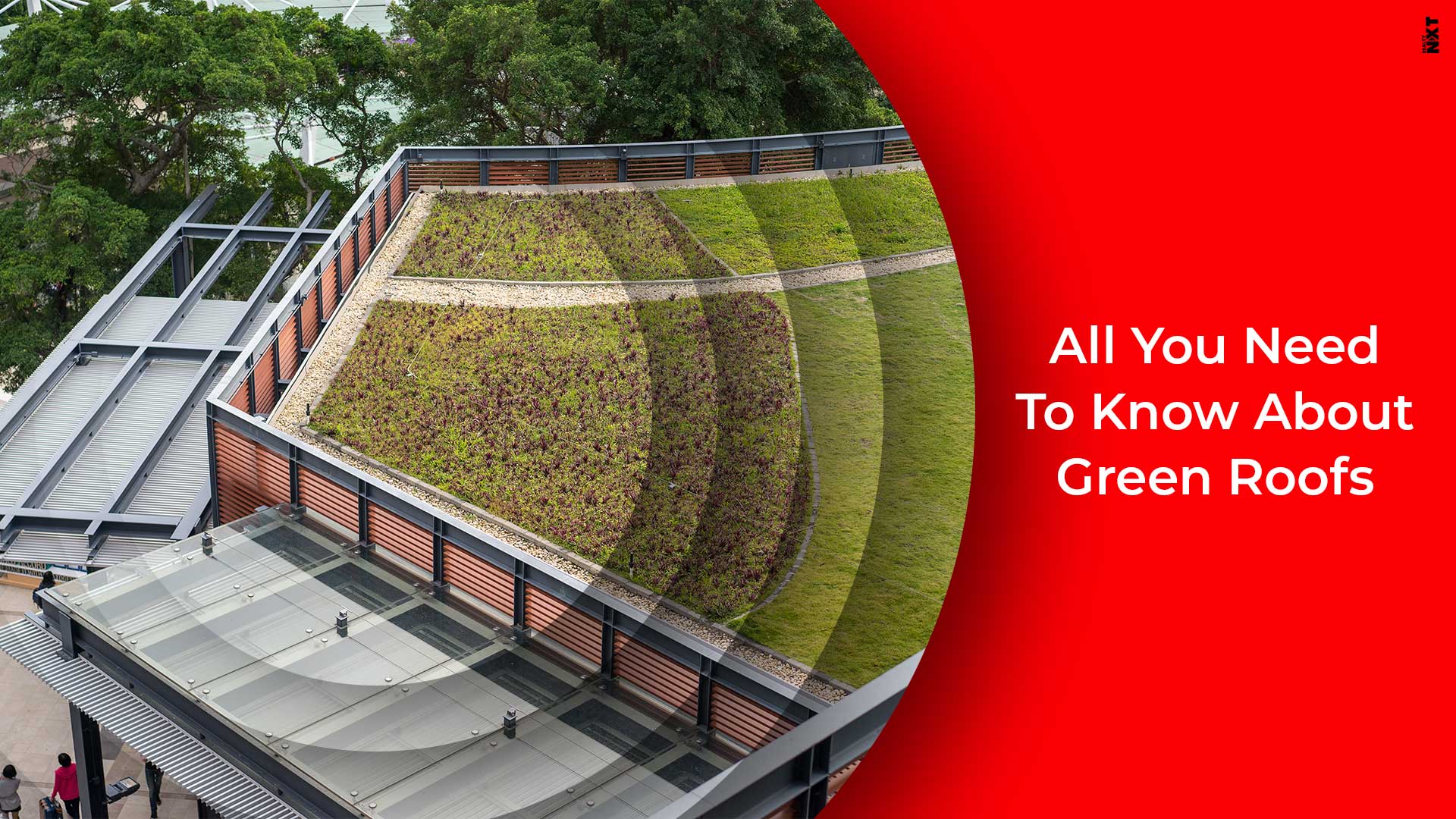 With ecological imbalance, green roofs are an excellent method to get better temperature control and tackle the scorching heat.

Globalization and rapid urbanization sprawl have become a salient feature of the Indian metro cities. It has changed the cities drastically for the good over the past few decades and has marked their presence on the globe. Indian cities are slowly striding towards a broad-based infrastructural development, which is unfavourably affecting the ecological balance of these cities. As the green spaces are being replaced by impervious spaces rapidly, there’s a dire need to look for a viable option to lessen the adverse effects of the construction and rapid urbanization.

The fast lifestyle of urban cities has fortified the situation of greenhouse gases in the environment, these gases not only increase the surface temperature of the land but it is also creating a path for an unlivable environment in coming time. Cities that were relatively cool in the past have started to grapple with buildings that weren’t built for heat. Hot temperatures get even hotter as pavement and roofs of the buildings soak up and release radiation from the sun. Green roofs can be an excellent method to get better temperature control and tackle-down the scorching heat.

What is a green roof?

Green roofs or living roofs are roofs that are covered entirely or partially with vegetation growing over a waterproof membrane. It can also include supplementary layers such as a root barrier and drainage and irrigation systems. A roof with plants growing in containers or a bucket is not a green roof. There are two types of green roofs: extensive (soil layer of six inches or less) and intensive (soil layer of more than six inches).

Although Green roofs are not a popular phenomenon in India but it is widely considered as an excellent approach towards saving the environment. Green roofs work as a natural coolant and have many hydrological benefits. There are various techniques and systems such as Hydroponics, Aeroponics and container gardening etc to install green roofs in residential and commercial buildings.

Installing green roofs in residential and commercial buildings will help in reducing the negative impact of development providing numerous environmental, economic, and social benefits. Green roof systems hold on to 60%-100% of the storm-water they receive which prevents the surface of the roof from getting deteriorated.

Similarly, green roofs have a longer life-span than regular roofs. They protect the surface from ultraviolet radiation and extreme flux in the temperature that causes roof membranes to depreciate and results in leakage during the rainy season. The vegetation of the plants maintains the coolness of the roof during the summer and it allows the building to retain the heat during the winter, as the plants act as an insulation layer and they shade the roof from the extreme weather conditions.

Things to consider before installing:

The most important step before considering the installation of green roofs is calculating the bearable weight for the roof surface. Taking due diligence of the strength is important; the common depth for the soil layer of a green roof without any special structural design is four to six inches. As the soil layer depth increases it exerts more pressure on the roofs.

Roofs should be strong enough to sustain that pressure and there should be no shuddering or wobble. If the roof structure is in doubt, consult trusted structural experts to suggest options for reinforcement. Special consideration for extra bracing may be necessary for seismic zones depending on the height of the roof.

Choosing an ideal location for a green roof is an important aspect before proceeding with the installations. Green roofs are easier to install and maintain on a flat roof surface. They can be installed on low-sloping roofs surfaces without the need for stabilization. Surfaces with a steep slope require an additional reinforcing system such as a tray planting or terracing system to hold soil in place.

How to install a green roof:

Green roofs can be installed using a series of planting trays or by creating an edged rooftop landscape area or there is another method to install green roofs is to purchase vegetated mats. These mats come with succulents or other plants and are grown on the ground in the same manner that some nurseries grow sod.

Here are a few steps to install the layers on a flat surface using a protective, multi-layered waterproof barrier between the soil and the roof surface:

1. Install a waterproof membrane it can be a monolithic membrane (rubber or plastic).

2. Place a sheet of plastic on the waterproof membrane (this will serve as a root barrier).

3. Place one more thin insulation layer on top of the first two layers.

4. Set a drainage mat with capillary spaces on top of the insulation.

Mesh gutter guards can be installed with wood or other edgings that will permit drainage to hold soil in place. Devising and organizing supports is advised so they don’t penetrate the waterproof membrane surface to prevent leaks.

Although green roof is a fairly new concept in India but a pro-active adoption of the concept is visible across the country. This has resulted in a progressive increase in the number of green roofs across urban cities. Eco-conscious and organic-friendly urbanites are conceding the importance of sustainable living as it is the need of the hour to sustain in the changing ecological conditions.

As more people are moving and migrating around the urban areas, green roofs are looked upon as a sustainable way to produce and efficiently supply locally-grown fresh crops and vegetables to cities. Roofs can be used as a viable option for urban agriculture on the account of decreasing agricultural land, especially in Indian cities. It can play a significant role in urban environmental management and enhance the continuously deteriorating quality of air while offering organic, fertilizer-free produce.

ALSO READ: What You Need To Know About Green Buildings