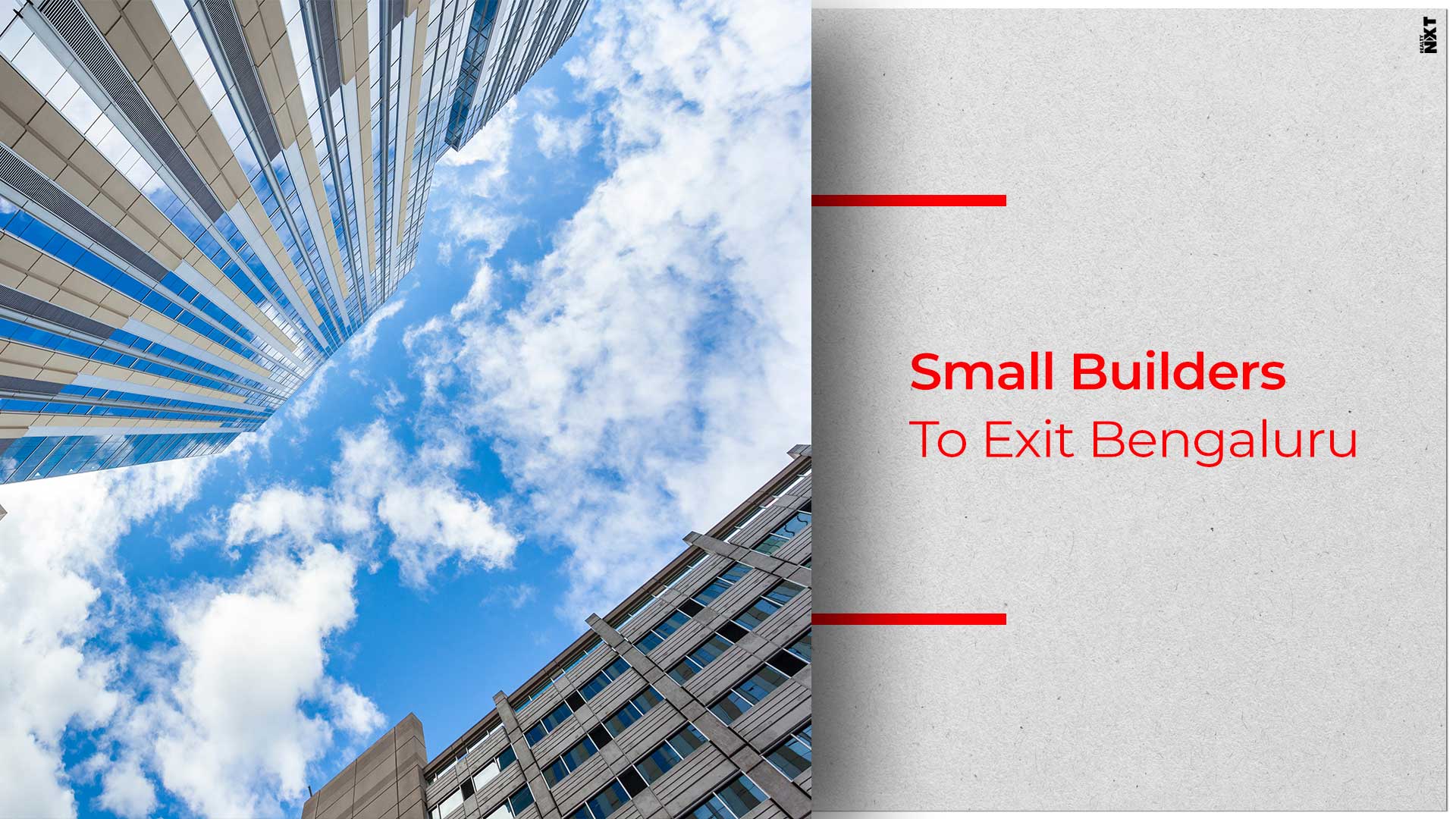 It is estimated that about 30 to 40 percent of small and medium builders would leave the real estate market. The builders are struggling to cope with the complexity and compliance levels required to sustain in the industry.

MR Jaishankar, Chairman and Managing Director, Brigade Enterprises Ltd, said that the complexity and compliance levels in the business have increased tremendously since the past two years. It does not make sense in the real estate business.

According to him, the small and medium-sized developers form about 25 percent of the Bengaluru’s residential market. These developers have one or two projects and the segment is expected to be around 60 million sq. ft.

Shobit Agarwal, MD and CEO, ANAROCK Capital said that while consolidation has been happening for some time, recent mergers, acquisitions and joint developments are emphasising this trend like never before.

The residential sector underwent a series of disruptions in the last 2 to 3 years. Reforms such as demonetisation, RERA and GST are bringing transforming the way real estate business is conducted.

According to Agarwal, a natural by-product of this upheaval is consolidation. Fly-by-night developers are gradually vanishing and the small players are merging with big ones. After the small and medium-sized companies leave the industry, market share is likely to change for few companies.

“I think there are quite a few in that 5-6 per cent range. And while 15 per cent may happen after few years, at least we are trying to increase our market share substantially in the next two years though I may not want to put an exact figure,” said Jaishankar.

However, he added that there are many brownfield projects available for which they are a bit sceptical because they come with a lot of issues. They are currently focussed on their own projects which are ongoing and ready to launch.

However, he added that greenfield projects, if available at the right valuation, would be considered.

ALSO READ: Home Construction To Be Banned In Bengaluru till 2025?