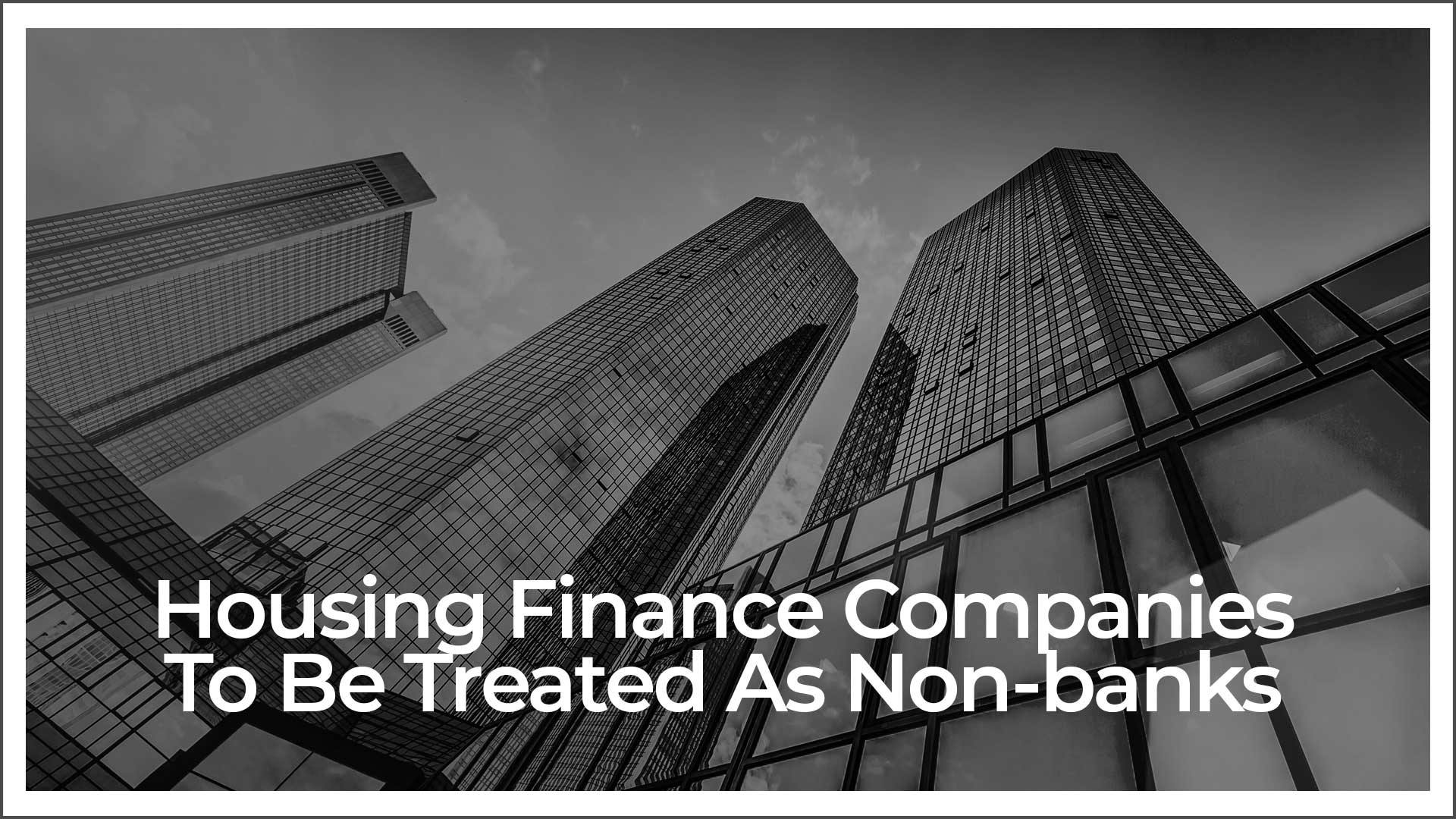 The Reserve Bank of India (RBI) said that housing finance companies (HFCs) will be treated as a category of non-banks. The RBI will futher release a revised regulatory framework for these entities.

The Finance Act 2019 had amended the National Housing Bank Act, 1987 and conferred certain powers for regulation of HFCs with the Reserve Bank Of India.

The central bank clarified that the HFCs will be treated as one of the categories of non-banking financial companies (NBFCs) keeping regulatory purposes in mind. The Reserve Bank of India will review the existing regulatory framework imposed on HFCs and will come out with revised regulations in due course.

Till the time RBI issues a revised framework, HFCs will comply with the directions issued by the National Housing Bank (NHB). the national Housing bank will monitor the functions of HFCs and they will submit various returns to NHB. The grievance redressal mechanism with regard to HFCs will contine to be with the NHB.

RBI announced that a housing finance institution which is a company desirous of making an application for registration under sub-section 2 of section 29A of the National Housing Bank Act, 1987 (as amended by Act 23 of 2019) may approach the Department of Non-Banking Regulation, Reserve Bank of India.

While presenting her maiden budget speech on 5 July, Finance Minister Nirmala Sitharaman had proposed an amendment to Section 45-IA of the RBI Act 1934 in the Finance Bill.

The amended Act gives power to the central bank to replace the board of NBFCs (other than those owned by the government). This will enable resolution of financially troubled NBFCs either through merger or splitting them into viable and non-viable units called bridtge institutions.

The central bank also has the power to remove auditors, audit any group company of an NBFC and also have a say over the compensation of the senior management.