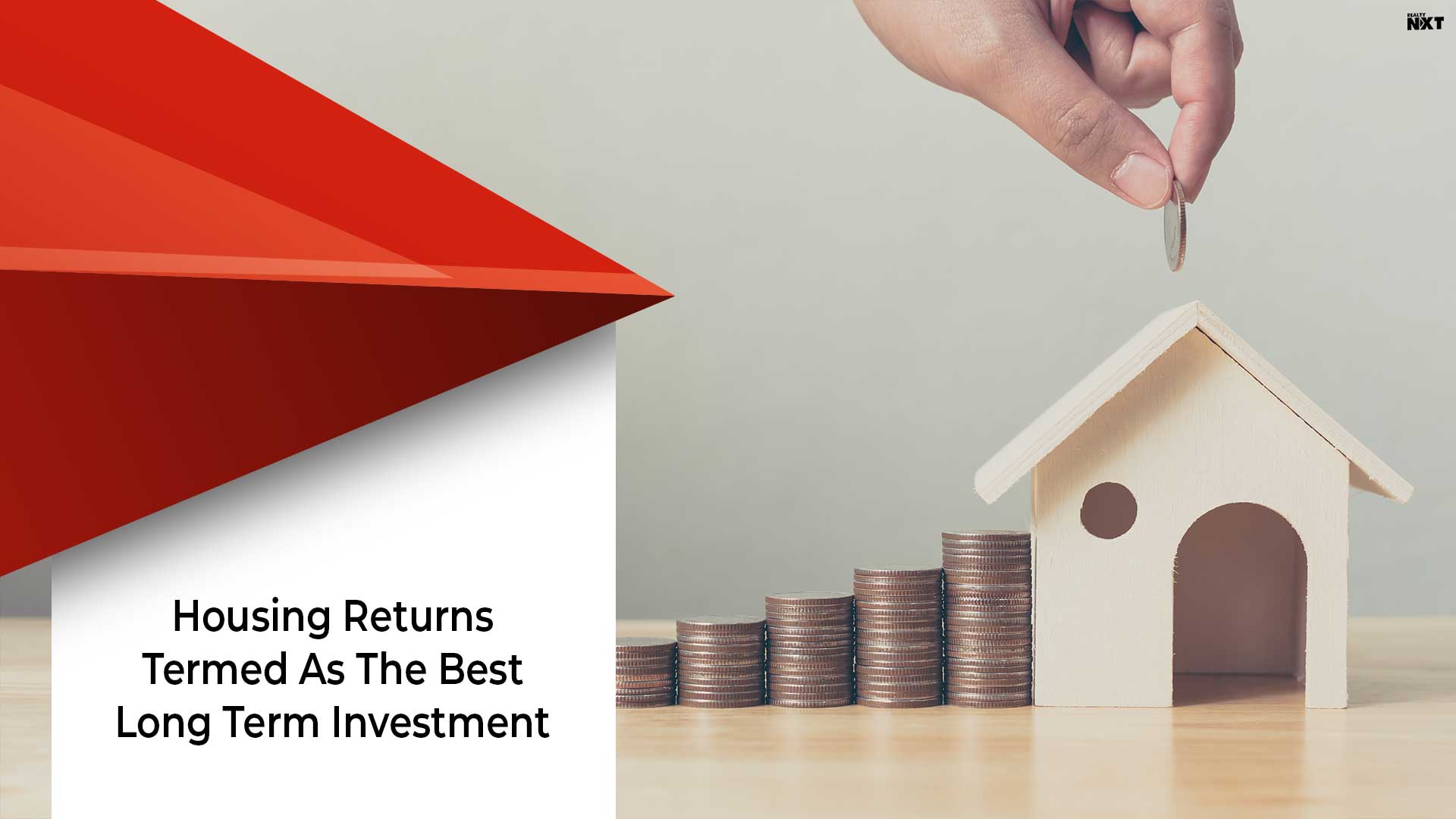 If there is one piece of advice that most financial planners strongly recommend, it is – ‘Stay away from real estate and invest in financial assets.’ This inclination towards stocks and bonds can be mainly attributed to a body of research which suggests that equities typically outperform most asset classes across markets.

However, a new study indicates that ‘residential real estate, not equity has been the best long-run investment over the course of modern history”. The study is based on the new database of asset prices – Jorda-Schularick-Taylor Ma Macrohistory Database funded by the Institute for New Economic Thinking (INET).

Returns include both price changes and the rental income or dividend earned on the investment. The researchers conducted a study of 16 advanced economies and housing returns outperformed equities in all the economies.

Sharpe ratio determines the appropriate measure to compare returns from housing investment and equities. The Sharpe ratio is calculated by dividing the excess return earned over the risk-free rate by volatility.

The housing sector is also vulnerable to devaluation mainly due to the overall slowdown in lending in the economy. The database prepared by economists Óscar Jordá, Katharina Knoll, Dmitry Kuvshinov, Moritz Schularick and Alan M. Taylor, some of whom are affiliated with US and German central banks suggests that housing price movements have a strong correlation with overall credit growth in the economy.

Whenever there is an increase in credit flow in the economy, a huge chunk of money is diverted to real estate, thereby boosting house prices. This phenomenon particularly caught the attention of the economists at the Bank for International Settlements (BIS) when they made a hypothesis based, popularly known as the financial cycle drag (FCD) hypothesis. It was concluded that credit booms in any economy tend to fund relatively low-productivity sectors such as real estate.

The outcome is a debt overhang which does not adequately increase the productivity or potential output in the economy. As the credit boom fades away from the market, it results in a prolonged economic slowdown.

BIS scientists believe that when business cycles coincide with financial cycles – i.e. credit booms and credit busts – recessions could be deeper and longer. The new database has no data on India due to the unavailability of reliable data on house prices in the long-run.

Considering the data available from around 2010, housing price movements have been less volatile than equities. Residential real estate is undoubtedly a preferred option to invest wealth and reap returns. A 2016 research paper by Ishan Anand and Anjana Thampi suggests that more than 90 percent of the wealth of Indian households is blocked in land or in buildings.

However, compared to the rise in prices during the credit boom of the 2010-2012 period, the prices in Indian cities have not witnessed much growth.

Compared to the other emerging market economies, India’s housing market was less volatile. Developments in the real estate markets of East Asian economies are deemed to have contributed significantly to the 1997 Asian crisis, while excessive state-led investment in real estate has created a new class of ‘ghost towns’ in China.

While real estate in India is still grappling with liquidity issues, investors have not yet abandoned the idea of staking their money in real estate. Some economists also claim that people’s inclination towards real estate is also driven by psychological factors. The new data makes it quite clear that buying houses rather than stocks is definitely a wise decision.