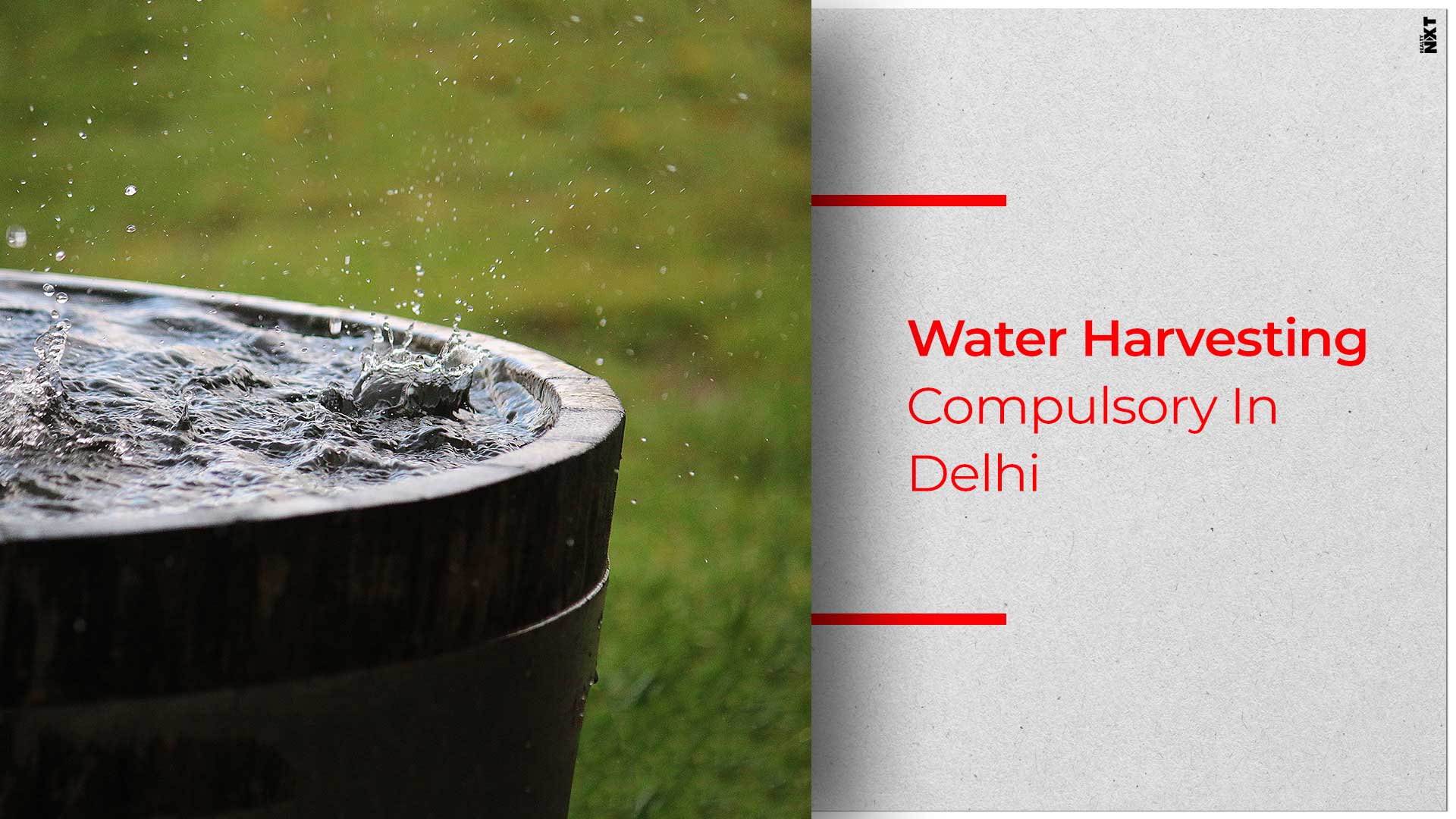 The Delhi Jal Board (DJB) on Thursday made it mandatory for all the properties with an area of 100 square metres and above to have functional rainwater harvesting systems. The board has also announced strong penal provisions for defaulters. DJB, which amended the water and sewer (tariff and metering) regulations 2012 to include this provision, also made wastewater recycling mandatory for bulk users in new properties.

Properties built after the cut-off date of July 28, 2001, have to make provision for the water-harvesting system by March 31, 2020. Older houses, on the other hand, will be given one year from the date of the public notice to comply. Those who defaulted are liable to pay 1.5 times their water bill amounts. An official, explaining the reason behind the cut-off date of July 28, 2001, said that in July 2001, the rainwater harvesting (RWH) provisions were incorporated in master plans of Delhi. But these were ignored by both corporations and consumers.

The previous regulation regime levied a penalty of 1.5 times the water bill amount for properties built on plots of 500 sq m and above without functional RWH systems. Houses on 100 sq m plots with RWH systems were getting a 10 percent rebate on their bills.

“In case of non-compliance of the new norms after the two deadlines, we have also kept a strong punitive action of water supply disconnection,” an official said.

The amended regulations for plots with an area of 500 sq m and above state that no new water connection and sewer connection will be sanctioned to such plots without installation of a functional RWH system.

Delhi receives 617-670 mm of average annual rainfall. This rainwater can be used to recharge the depleting groundwater resources. But in the absence of proper rainwater harvesting provisions, most of the water is wasted every monsoon. To make the idea of rainwater harvesting systems popular, DJB had opened 3 rain centres. The city’s response has been disappointing.

Data from DJB reveals that 1,550 consumers had availed the rebate for installing RWH. But a huge number of consumers, precisely 11,958 (in 500sq m and above category) were penalised for defaulting. An official confirmed that a penalty amount of Rs 56.71 crore has been imposed since July 1, 2017.

Also in case of newly constructed properties having a sewage discharge of over 10,000 litres a day, sanctions will be given if they have installed a functional wastewater recycling system. The official stated that they have used the 80 percent formula. According to him, if people are consuming 100 litres of waters, around 80 litres of wastewater is generated.