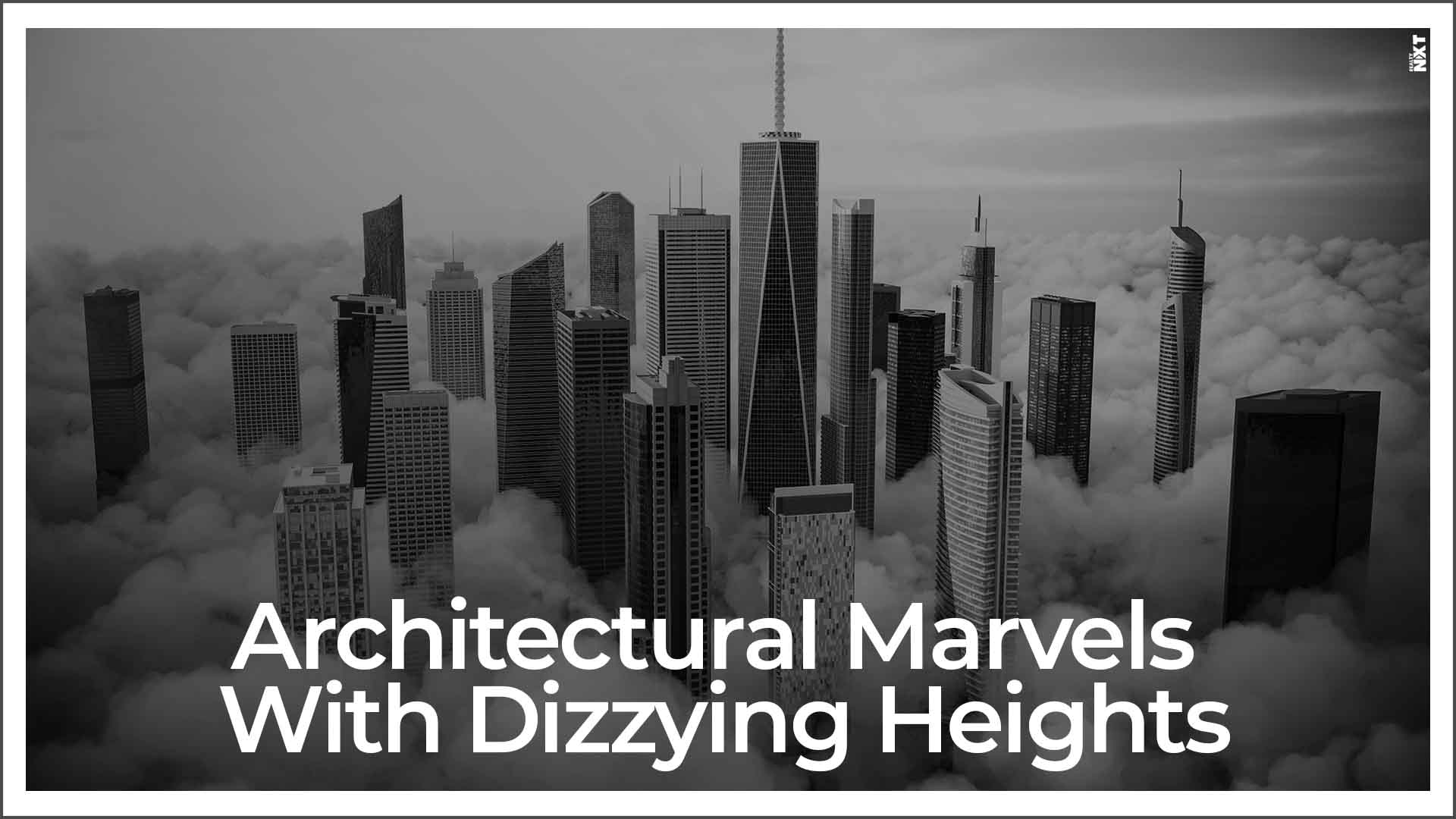 The pinnacle of colossal heights, these buildings are the tallest in the world currently

Anyone with a fear of heights is bound to get intimidated by these gorgeous structures. These edifices are the world’s tallest buildings and make other skyscrapers around them appear minuscule. These architectural marvels have been lauded for their extraordinary height, the amazing technology and hard work which has gone into their design and execution.

RealtyNXT lists the top 10 tallest buildings across the globe.

Use: Offices, residential and hotel

Not only is this currently the world’s tallest building, but Burj Khalifa is also the most famous architectural marvel in the world. A stunningly glorious highrise, it is a tourist attraction which has also been featured in many movies as well. The design and execution of this stunning glass facade have created history in the world of architecture. It has broken several records and has set several unbroken ones as well.

Use: Offices and hotel

It shares the record (along with the Ping An Finance Center) of having the world’s highest observation deck within a building at 562 m. It has the world’s second-fastest elevators. The Shanghai Tower is a green building with certifications from the China Green Building Committee and the U.S. Green Building Council. It captures rainwater for internal use and a part of its wastewater is recycled.

This tower is a part of the government-owned complex of seven skyscraper hotels. It is the central hotel tower and has the world’s largest clock face. It has also made its way into the list of the fifth-tallest freestanding structure in the world. It is just a few meters away from the Great Mosque of Mecca.

It is the tallest building in Shenzhen and the 2nd tallest building in China. It has been made to include many offices, hotels and retail spaces, a conference centre and a high-end shopping mall. The HQ of Ping An Insurance, it represents the company’s glorious history and achievements.

After several design changes over the years, it took more than a decade of planning and site preparations before the government greenlighted its construction in November 2010. The design of the building is inspired by Korean traditional pottery. It has gradually narrowing slopes and curves produced by cross-sections. It is the first 100-storey building in Seoul.

This stunning glass facade was constructed as the original World Trade Center twin towers were destroyed in the September 11 attacks. It is the tallest building in the United States and the tallest one in the Western Hemisphere. While it has a height of 104 floors, it has 94 floors only. The tower’s central spire is inspired by the Empire State Building and the Chrysler Building. It also visually resembles the original Twin Towers. It is the first structure in the world whose construction was based upon a 3D Building Information Model.

It is the tallest building in Guangzhou and the third-tallest one in China. It comprises of houses a shopping mall, offices, apartments, and a hotel. It also has five underground floors. Its shape is created specifically for mixed-usage. Different uses of the structure were the reason the makers decided to give it varied floor sizes.

It is the tallest building in Beijing. It gets its name from the Chinese word zun, which means an ancient Chinese wine vessel. It is this vessel that was the inspiration of this glorious structure’s design. 60 of its floors are dedicated to offices, 20 floors comprise of luxury homes and 20 floors are for a hotel. It also has a rooftop garden.

When it was completed, it had reigned supreme as the world’s tallest building until the Burj Khalifa took over. It boasts of a  postmodernist architectural style which blends Asian traditions with modern ideas. Along with offices and restaurants, it also has indoor and outdoor observatories. Experts call it the most stable building ever constructed. Its design makes sure that it withstands the Pacific Rim’s earthquakes and Taiwan’s tropical storms.

Lovingly called the bottle opener, this beautiful structure has won numerous awards. While it took more than a decade to complete it, it set several benchmarks for other gigantic buildings which would succeed it. What makes it stand apart from the others is its unique design. The most distinctive feature of its design is the trapezoid aperture on the top.