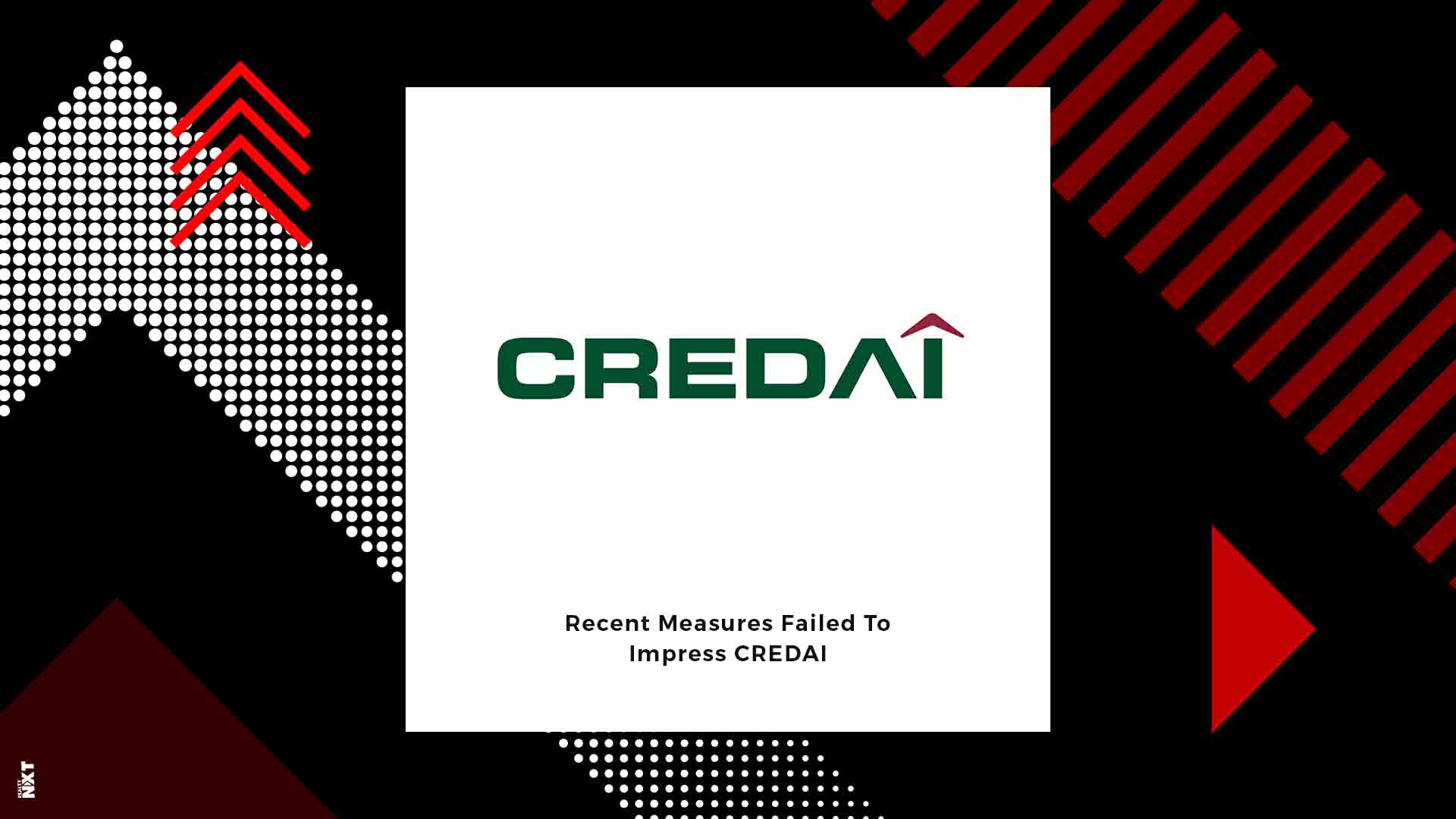 India’s apex realtors group said it is disappointed with the government’s measures to support the sector, as it did not address the key demands such as tax rebate and lower interest rate for home buyers and developers.

CREDAI’s National Chairman Jaxay Shah said the fund created for completing the stalled real estate projects will have limited impact as it excludes those projects which are either facing insolvency proceedings or become non-performing assets (NPAs). “Last month, we had met the finance minister and made several demands to improve liquidity and boost demand in the real estate sector. But, unfortunately, our demands have not been met,” Shah told on Sunday. Reiterating the demand of the association that has about 12,000 members, Shah said the government should withdraw its decision to ban subvention scheme as it was for the benefit of home buyers and helped generate demand.

In July, the National Housing Bank (NHB) asked housing finance companies (HFCs) to “desist” from offering loans under subvention scheme, wherein real estate developers pay home loan interest on behalf of home buyers till possession of flats. The Credai Chairman said the government should remove the unit price cap of Rs 45 lakh for availing the additional deduction of Rs 1.5 lakh on home loan interest. In the Budget this year, the government allowed an additional deduction of up to Rs 1.5 lakh for interest paid on loans borrowed up to March 31, 2020, for purchase of an affordable house valued up to Rs 45 lakh. This additional deduction was over and above Rs 2 lakh already permitted under the Income Tax law. Shah said the interest rate on affordable housing should be lowered for both home buyers and developers and also stressed on the need to bring down capital gain tax.

On Saturday, Finance Minister Nirmala Sitharaman announced that the government will set up a special window to provide last mile funding for housing projects which are non-NPA and non-NCLT in the affordable and middle-income category. In the fund, Rs 10,000 crore will be contributed by the central government and roughly the same amount will come from outside investors. That apart, the norms for external commercial borrowings (ECB) for affordable housing was relaxed and the government servant will get house building advance at lower interest rates.

“The government has just scratched the tip of the surface with the recent announcement. They are not realising the gravity of the situation,” Shah had commented on Saturday after the announcement of the package. He had said that industry was expecting more from the government to boost the sector that provides millions of employment opportunities. Shah had also said that it would become “challenging” to fulfil the objective of ‘Housing For All by 2022’ if the requisite policy reforms were not announced.

CREDAI President Satish Magar termed the government’s announcement as “half-hearted attempt” to revive the ailing real estate sector. He said bold decisions were needed to help revive the crumbling real estate sector. The government’s announcement was “disappointing” not just for the industry but also for the lakhs of people employed within the real estate sector, Magar said. The CREDAI President said the government should “work towards resolving the root cause instead of just announcing piecemeal reforms that will not have a tangible impact in the long run”. However, property consultant CBRE India Chairman and CEO Anshuman Magazine said the measures announced by the central government to boost the housing sector are encouraging and in the right direction. “Through these steps, the government has provided relief to delayed housing projects as well as promoted affordable housing projects,” said Magazine, who also heads CBRE’s South East Asia, Middle East and Africa business.

Sanjay Dutt, MD & CEO, Tata Realty & Infrastructure, said the government’s decision to provide the much-needed last-mile liquidity to the affordable and middle-class housing sector is positive news for the industry. “This funding for non-NPA and Non-NCLT projects would not only arrest the rise of NPA’s but also reduce the NCLT & RERA complaints overall. This will provide relief to the customers and help restore confidence in the housing sector,” he said. Dutt said the housing sector requires funding of over Rs 3 lakh crore and this decision is the first step to infuse liquidity in the sector. “We are also hopeful that over time, the government will announce measures to spurt job creation and confidence thereby improving sentiments,” he added.
Source: PTI