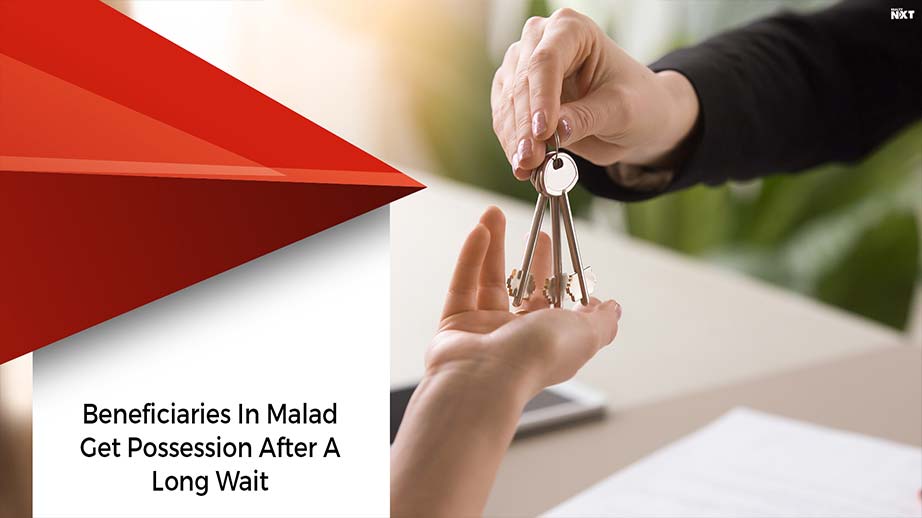 After waiting for two long years, over 150 families who were beneficiaries of a slum rehabilitation scheme got possession of their homes. The construction of Takshashila building at Rathodi in Malad West got completed in the year 2017. But the beneficiaries failed to get possession of homes, all thanks to the red-tapism.

Mumbai North MP Gopal Shetty who played a significant role in assisting the group of 156 families in claiming their homes attributed the reason for the delay to an archaic rule. The Slum Rehabilitation Authority (SRA) was holding on to an old rule that prevented first-floor residents of slums from being entitled to rehabilitation schemes. 35 families were being denied homes due to this rule.

Shetty stated that the officials were citing a Bombay High Court judgement of 2018. However, he pointed out that the judgement was based on the 2001 Slum Act. The Act was later amended in the year 2017. The amendment makes mezzanine floor residents eligible for such schemes.

He claims that the SRA officials still kept delaying the process which compelled him to request housing minister Radhakrishna Vikhe-Patil to intervene. Patil sought an opinion from the law and judiciary department which supported Shetty’s case.

“But they still kept delaying the lottery for the allotment of flats, so we took matters in our own hands,” he said.

“We were fighting for five years. Finally, we have justice and roof over our heads,” said Ashok Jadhav, Chairman of Takshashila society.

The building has not been equipped with water connection though it has been granted an Occupation Certificate.

The Maharashtra Housing and Area Development Authority had built transit camps for the residents of cessed buildings, which are in a dilapidated state. There are 56 such transit camps across Mumbai, that house 22,000 tenements.

Due to the authority’s delay in the redevelopment of the cessed buildings, many of the transit camp residents sold their tenements and moved on.

With the transit camps completing 30 to 40 years of existence, the authority had initiated the redevelopment of the structures. The redevelopment process left the new occupants’ status as legal owners uncertain.

The state government’s decision to regularise the unauthorised residents comes ahead of the elections in Maharashtra. The occupants will not be eligible for free tenements in the redeveloped structures. They are entitled to pay the construction cost as well as the cost of developing infrastructure.

The government’s resolution, issued on Friday, states that it is in accordance with the Central government’s policy to provide a pucca house to every Indian by 2022.

“We cannot throw out those who already have homes, so that is why it was decided to legalise these unauthorised residents,” the resolution said.
Source: ET Realty

ALSO READ : Why Invest in A Property in Malad?