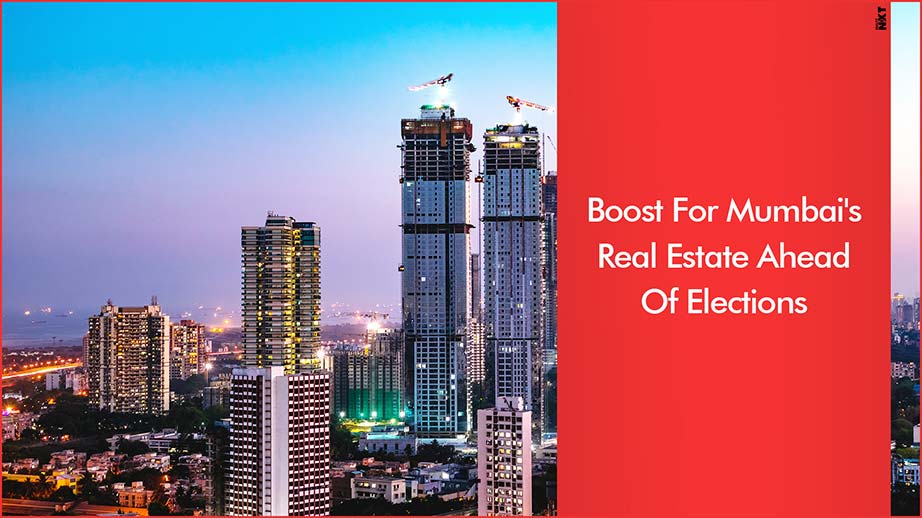 After providing a Rs 2,200-crore fiscal package for Mumbai’s real estate industry last month, the Maharashtra government has unveiled another stimulus package for the sector.

It has lowered the interest payable on premium instalments collected from developers in lieu of additional buildable space and concessions availed for construction projects.

When the instalment facility was first introduced, the government levied 18 per cent interest on delays in payment of, but this has now been withdrawn. The municipality has said that delays beyond three months in such payments would attract a stop-work notice.

While the circular is applicable for premiums payable to the municipality, senior government sources confirmed that the same orders would be issued by the state government for the government’s share in the premium payments too.

Ahead of the Assembly polls, the Maharashtra government earlier unveiled a Rs 2,200-crore fiscal package for Mumbai’s real estate industry comprising significant cuts in premiums that the builders pay for availing additional buildable area or floor space index (FSI) for their projects.

Scrambling to stem the slowdown in the construction sector, leading industry bodies – including the Maharashtra Chamber of Housing Industry (MCHI-CREDAI), the National Real Estate Development Council (NAREDCO) and the Practising Engineers Architects and Town Planners Association (PEATA) – had been pushing the government for fiscal stimulus.

The latest move, along with the slashing of the premiums, will significantly bring down upfront capital investments in real estate projects, confirmed sources. Industry captains have justified the sector-specific stimulus arguing that the slowdown and the liquidity freeze was eroding wealth and causing job losses besides delaying the completion of projects.

Meanwhile, the MCHI-CREDAI has now approached the government demanding that the ready reckoner rates be freeze for three years in the Mumbai region on account of the slowdown.

RR rates are annual market rates of plots as determined by the government.

The Mumbai municipality’s plan to construct seven new public swimming pools in Mumbai can now go ahead. On Tuesday, the state government sanctioned the third list of changes to reservations of Mumbai’s development plan, reserving the lands on which these plots are to be constructed for “swimming pool”.

These plots were previously reserved for “recreation ground” purposes. But as per Mumbai’s new development control rules, no construction can be carried out on recreation ground land. A total of 21 modifications were approved as the “Excluded Part” of the development plan on Tuesday.