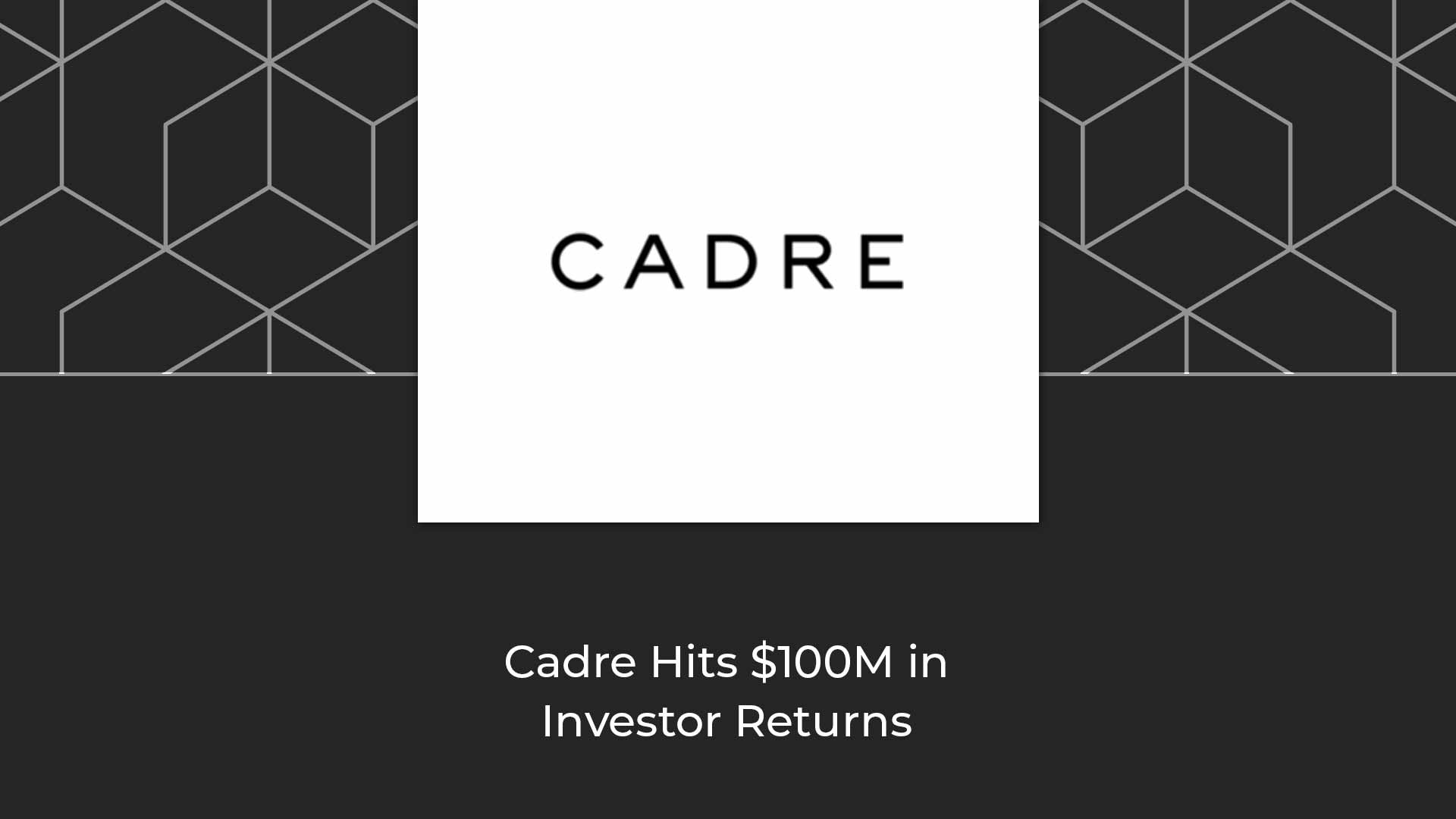 Real estate tech startup Cadre has made waves in recent years for a platform enabling individuals to invest in commercial property transactions for as little as $50,000.

So far, Cadre’s model has caught on. In the five years since launching in 2014, the startup now has roughly 20,000 investors who have stakes in more than $3 billion worth of real estate assets.

And with the recent sale of two apartment complexes located in the Chicago and Atlanta metro areas, respectively, Cadre says it’s hit a new milestone—$100 million in returns to its investors, to date.

The deals involve Cadre’s sale of the Skyridge Club Apartments, a 364-unit property in the Chicago suburb of Crystal Lake, Ill., and the Sugarloaf Trails Apartments, a 268-unit complex in the Atlanta suburb of Duluth, Ga.

The company offloaded the Skyridge asset for a price of $65.3 million after acquiring it for $50.9 million in November 2016; likewise, it flipped the Sugarloaf apartments for $44 million after buying the property for $30.8 million in April 2017. The entities acquiring the assets from Cadre were not disclosed.
Combined, Cadre says the two deals delivered a net IRR (internal rate of return) of more than 20% for investors and outperformed their original underwriting. “Cadre operated each asset more efficiently and at a lower cost than initially underwritten,” co-founder and CEO Ryan Williams said in a statement. Earlier this year, Fortune named Williams to its list of business people to watch under 40.

While Cadre only held the properties for a relatively short period by real estate standards—flipping both assets within three years of acquiring them—Williams said the company “identified the opportunity to exit and sell each asset earlier than anticipated.”
He noted Cadre’s data analysis of “real-time asset performance metrics,” as well as analysis of the metropolitan markets and submarkets where the properties are located in.

Cadre was most recently valued at $800 million on the strength of venture capital funding from the likes of Andreessen Horowitz, General Catalyst, Khosla Ventures, and Founders Fund. The company is among a wave of “proptech” companies that have sought to disrupt the commercial real estate industry via tech-enabled platforms and products.