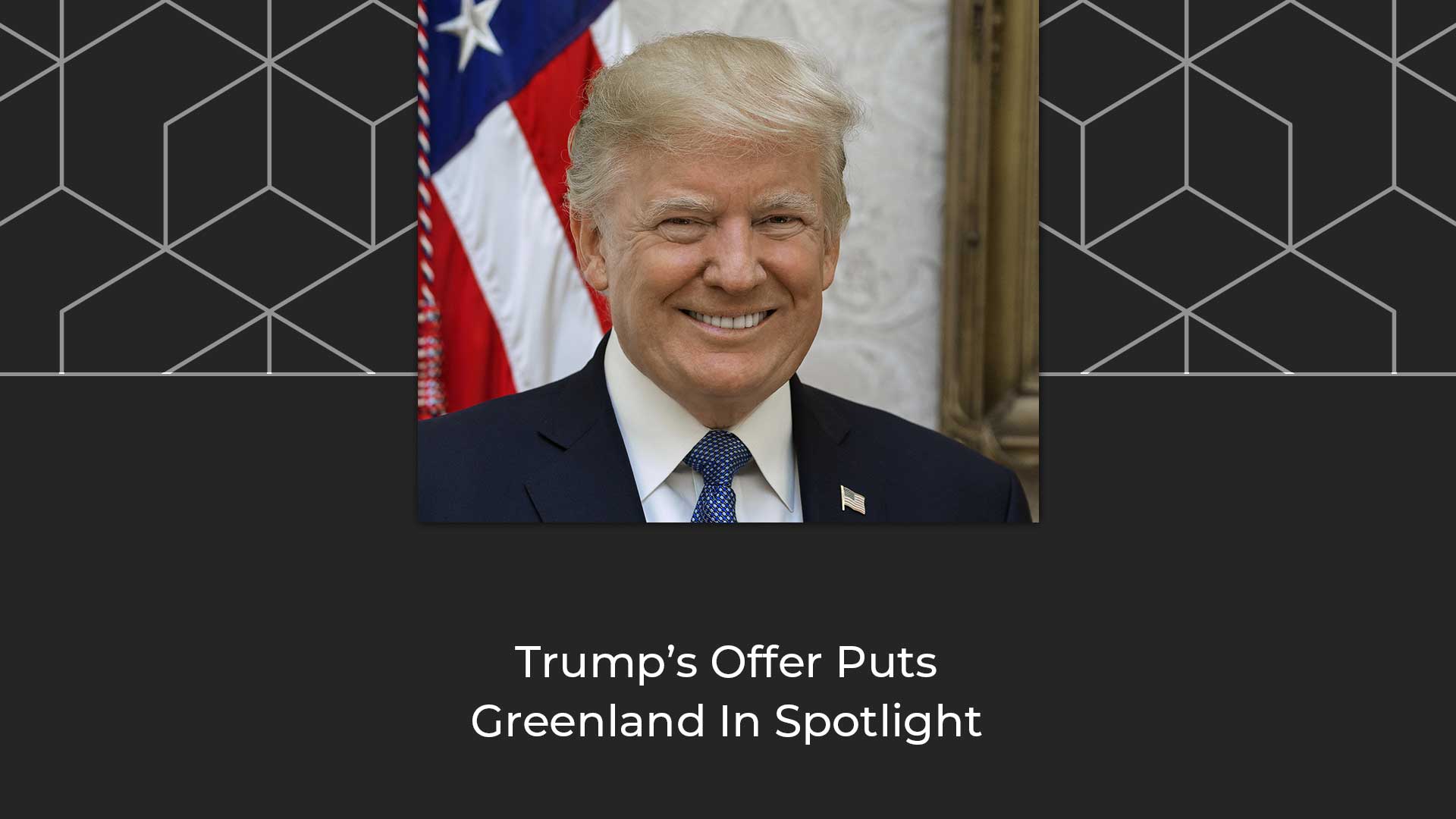 Lars Barsalej Pedersen bought his 1,300-square-foot apartment only last year, paying about $368,300. When he put it on the market this summer, it sold in less than two months for some $44,200 more than he paid.

“The market is really crazy,” said Mr. Pedersen, 48 years old. “There’s a huge shortage of apartments and flats, and everything you can live in. Anything that can be sold will be sold, no matter the condition.”

The rapidly appreciating market he is describing isn’t London or New York, but the remote Arctic island of Greenland, where the fast-growing capital city of Nuuk (population 18,000) has a booming real-estate market.

Prices may go even higher, thanks to the sudden spotlight thrown on Greenland by President Trump’s comments about buying the island, an autonomous territory in the Kingdom of Denmark. Though many Greenlanders and Danes were angry at first, local real-estate agents and tour operators say the attention generated by Mr. Trump led to an uptick in inquiries from outsiders interested in visiting or buying homes.

Larseeraq C. Egede, owner of a real-estate company in Nuuk, said his company usually gets one or two inquiries a year from potential international buyers, but he received about 10 in the week after the Trump kerfuffle. One buyer from London called repeatedly asking for prices in Nuuk, he said, and was shocked at how high they were. “I haven’t heard from him since,” said Mr. Egede, who spends weekends hunting reindeer. He appeared on the TV show “Conan” after Mr. Trump’s comments prompted host Conan O’Brien to visit Greenland.

Mr. Egede added that his company’s listings typically sell in about a month, with the most attractive ones getting snapped up in a day or a few hours, often before they make it onto his website. Bidding wars are commonplace. “We sell apartments faster than we get them listed,” he said, estimating that prices have gone up 5 percent to 10 percent in the past five years.

Greenlander Kenneth Mortensen said that when he travels abroad, he finds people know little about his homeland, which is located east of Canada between the Arctic and Atlantic oceans. “They think we ride polar bears and live in igloos,” said Mr. Mortensen, a real-estate agent in the capital. “I have to explain that I live in a house, I have heating and the house doesn’t melt when I turn it on.”

Investors tempted to buy property in Greenland find they must contend with significant challenges. For starters, all the land is owned collectively and can’t be purchased by individuals, so building a house requires a permit from the municipality.

This home is in the Myggedalen area of the capital and overlooks a fiord. It has two living rooms and a terrace off the kitchen. Agency: Grønlands Ejendomskontor

Greenland is the world’s largest island and also the world’s least densely populated territory, with roughly 56,000 people spread over 836,000 square miles. The majority of residents trace their ancestry to the indigenous Inuit people.

On some parts of the island, the sun doesn’t rise for months in the winter. Most of the island is under a permanent ice sheet. In coastal areas, the mountainous, rocky terrain makes building difficult and expensive. Separated by ice and fiords thousands of feet deep, the island’s towns and settlements—some with fewer than 50 people—are reachable only by boat, plane or dogsled.

“We get the question, ‘Can we rent a car?’ ” said Kasper Trojlsgaard, 47, who owns a tour company and guesthouses in Ilulissat, the island’s third-largest city. In his area, “The longest road is like 6 or 7 kilometers [about 4 miles],” he added.

Greenland has only one major international airport, located “in the middle of nowhere,” said Klaus Georg Hansen, a Nuuk resident who studies Greenlandic society. So there are few direct flights to Nuuk or to Sisimiut (est. pop. 5,500), the second-largest city, and Ilulissat (est. pop. 5,000). He said two new international airports are planned for Nuuk and Ilulissat, and residents are hopeful that will increase tourism to the island.

Mr. Pedersen, who moved to Greenland in 2011 for an administrative job with the government, said to enjoy Greenland, “It really helps if you like outdoor life.”

“I’m not that much of an outdoor person,” he said. “I love the outdoors from my balcony with a cup of coffee in my hand.”

His home had views of a fiord and a mountain. He said he didn’t expect to sell so soon after his purchase, but he missed his native Denmark.

Before his purchase, Mr. Pedersen lived in an apartment provided by his employer. After World War II, many Greenlanders began living in subsidized apartments owned by either the government or their employers, and many still do.

The biggest employer on the island is the government, with other important industries being fishing and tourism. Most people in the cities live in apartment buildings, which in Nuuk go up to about 12 stories high, said Mr. Mortensen. “You need to get rid of the snow outside your door,” he said. “If you live in an apartment, that’s much easier.”

Still, it is becoming more common to buy or build single-family homes.“Twenty years ago, it was just a few families building their own houses,” said architect Thomas Riis, who was born in Denmark and has lived in Greenland for 20 years. “Now more and more will do it.”

Nuuk is on a peninsula, and most of the flat, usable land is already developed, so buildable lots are in high demand. When a suitable parcel becomes available, residents enter a lottery to apply for a building permit, Mr. Riis said. Chances of winning are slim due to the number of applicants.

When Mr. Riis applied to build a house for his family, he joined forces with a friend, agreeing that if either won, they would build a two-family to share. That is how he and his wife, Mille Sǿvndahl, ended up with their current home in Nuuk: a three-story, two-family house on the edge of the fiord.

The house is red, which Mr. Riis said is his favorite color. Traditionally, the country’s squat wood buildings were painted bright colors to signal their function to passing ships: houses with goods for sale were red, for example, while a doctors’ home was yellow.

Because residents own only their house, the government has the right to take back the property, but that rarely happens, Mr. Riis said. The lack of private property, however, means no fences between houses and, technically, even planting a garden requires a permit.

Despite such an unconventional setup, in Nuuk “prices have been rising through the roof,” said Mr. Mortensen. The surge is largely due to people leaving small towns in search of better job and educational opportunities in the cities, he said.

Airbnb has also increased sharply in recent years in Greenland, contributing to the higher prices, agents said. A spokesperson for Airbnb disputed the claim, saying, “The notion that Greenland’s 200 Airbnb listings are impacting housing affordability is misguided and incorrect.”

Luxury housing in Nuuk is considered to be anything above 4 million Danish kroner, or about $589,000, with most families paying about $442,000 for a three-bedroom apartment of about 1,100 square feet. The highest-price home sold to date was one in Nuuk that went for $1.25 million in 2018, said Mr. Egede, who handled the transaction. That was a 3,900-square-foot house with top-quality construction and an unobstructed view of the sea, in an attractive neighborhood near the center of Nuuk.

Mr. Riis is developing a housing project in Nuuk that is a 15-minute walk to the city center, with about 100 homes: single-family, two-family and apartments. The most expensive will have large balconies with a view of the sea, and will sell for about $884,000. He said the homes will be “a modern version of the classic Greenlandic house,” in bright colors. He and his partner also are developing the sewers, roads and water supply for the project.

While Nuuk is the most expensive market, homes in Ilulissat are increasing, too. Mr. Trojlsgaard has bought four houses in Ilulissat—one blue, one red, one green, one yellow—for his guests. He estimated home prices there have gone up 30 percent since he purchased the first one five years ago. “There are barely any houses for sale,” he said, noting that the most recent one he bought within a week of its listing, in a bidding war.

It is a different picture outside the larger cities. A growing number of houses sit abandoned in remote settlements as residents leave, said Mr. Hansen. “There’s no one who wants to buy these houses,” he said.

One reason is that many of the houses in the small settlements don’t have indoor plumbing. Residents carry water from the local pumping station to their homes. Mr. Egede, who lives primarily in an apartment in Nuuk, said he and his five siblings are building a small wooden cottage from a kit as a summer home for his parents in the midst of the fiords—in a location reachable only by boat—at a cost of about $40,000. Unlike in the city, acquiring a permit for the land is easy.

But when completed, the house won’t have electricity or indoor plumbing, Mr. Egede said, although the family is hoping to eventually install a flush toilet.

When international buyers ask about homes in smaller Greenland towns, they often are discouraged by the logistics involved.

Mr. Mortensen said that last year he got an inquiry from an Englishman who wanted to buy a house in a remote village with about 300 residents, to use for sailing with friends. He changed his mind after discovering that getting to the town by boat is possible only in the summer; the rest of the time it requires flying from Iceland (when the weather allows), landing on a gravel runway, then taking a helicopter.

“He really wanted to have a house there,” Mr. Mortensen said, “but ended up saying no. There are too many difficulties getting there.”