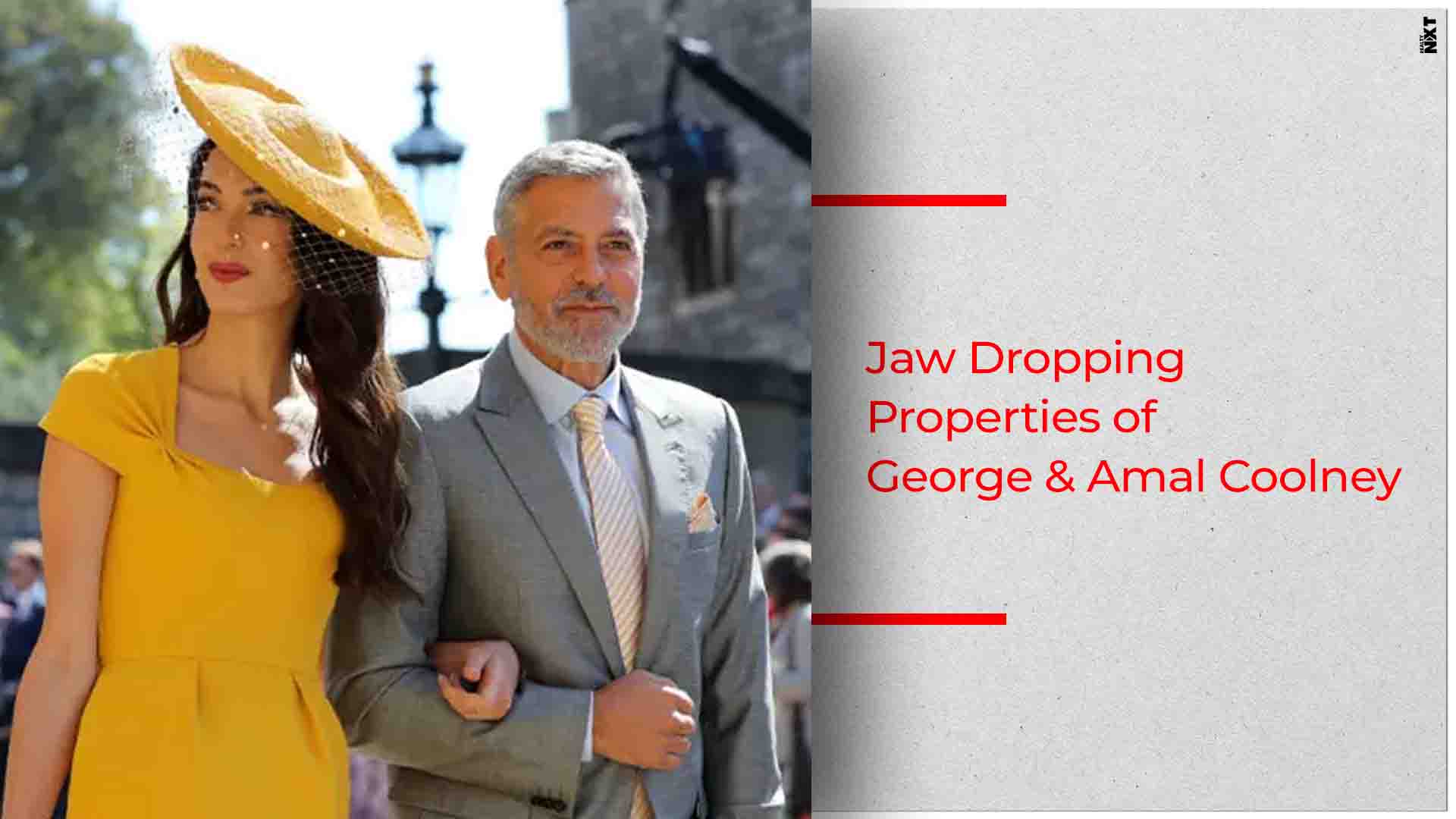 In merely five years of togetherness, Hollywood star Geroge Clooney and his wife Amal Clooney have built quite an impressive real estats empire all over the world

George and Amal Clooney are celebrating five years of being the perfect example of what a power marriage looks like.
He is an actor, director, producer, coffee connoisseur, and tequila man; she is a human rights lawyer and fashion icon.

Their many titles make them two of the most beloved celebrities – and also among the wealthiest.
Clooney was the highest-paid actor of 2018, largely due to the sale of his tequila company, Casamigos. His earnings that year rounded out at $239 million – if you do the math, that means Clooney made $27,283 an hour last year. His wife, on the other hand, is estimated to have a net worth of around $20 million herself.

Together, the famously philanthropic pair are raising their family all around the world. From a famous Lake Como villa to a $13 million English mansion, , their real-estate portfolio reflects their jet-set lifestyle and their high net worths.
A representative for George Clooney didn’t immediately respond to a request for comment from Business Insider.

George and Amal Clooney are celebrating their fifth wedding anniversary. Since marrying in 2014, the couple has split their time across several properties worldwide. The pair bought a restored 17th-century mansion on the River Thames in London just a few weeks after their 2014 wedding. They keep the 4-acre estate private with plenty of foliage.

The home is equipped with its own theater and a pool house known as “the party zone,” according to Vogue. The property is just 40 miles west of London.

The couple also spends summers in Lake Como. Clooney has owned a $13 million villa in the Italian town of Laglio since 2002 and was even made an honorary citizen in the neighboring town of Como.

The Clooneys have hosted many famous guests in the home over the years. The Obamas visited this past June and local authorities enforced a 300-foot perimeter around the home to protect their privacy. Trespassers faced a hefty fine.

The pair also previously had a vacation home in Cabo San Lucas, Mexico. Their home was adjacent to the home of close friends Rande Gerber and Cindy Crawford. Gerber told Business Insider in 2017 that, with the houses so close, “It felt like one compound. We’d have a bunch of our friends there — breakfast at our place, lunch at his, dinner at ours.”

The Clooneys still maintain at least one residence close to Gerber and Crawford, though. Each couple has a high-floor unit in a luxury apartment building in Midtown Manhattan.

The Clooneys made the purchase in 2016. The apartment building, One Hundred East Fifty Third Street, includes amenities like a 60-foot swimming pool and a state-of-the-art wellness facility. While the sale price is unknown, the building’s penthouse had an asking price of $65 million.

Clooney has owned the home his wife is referring to for nearly 25 years. He purchased the Studio City property in 1995 from Stevie Nicks. He did a walk through of the home for CBS in 2012; it is sure to look different now.