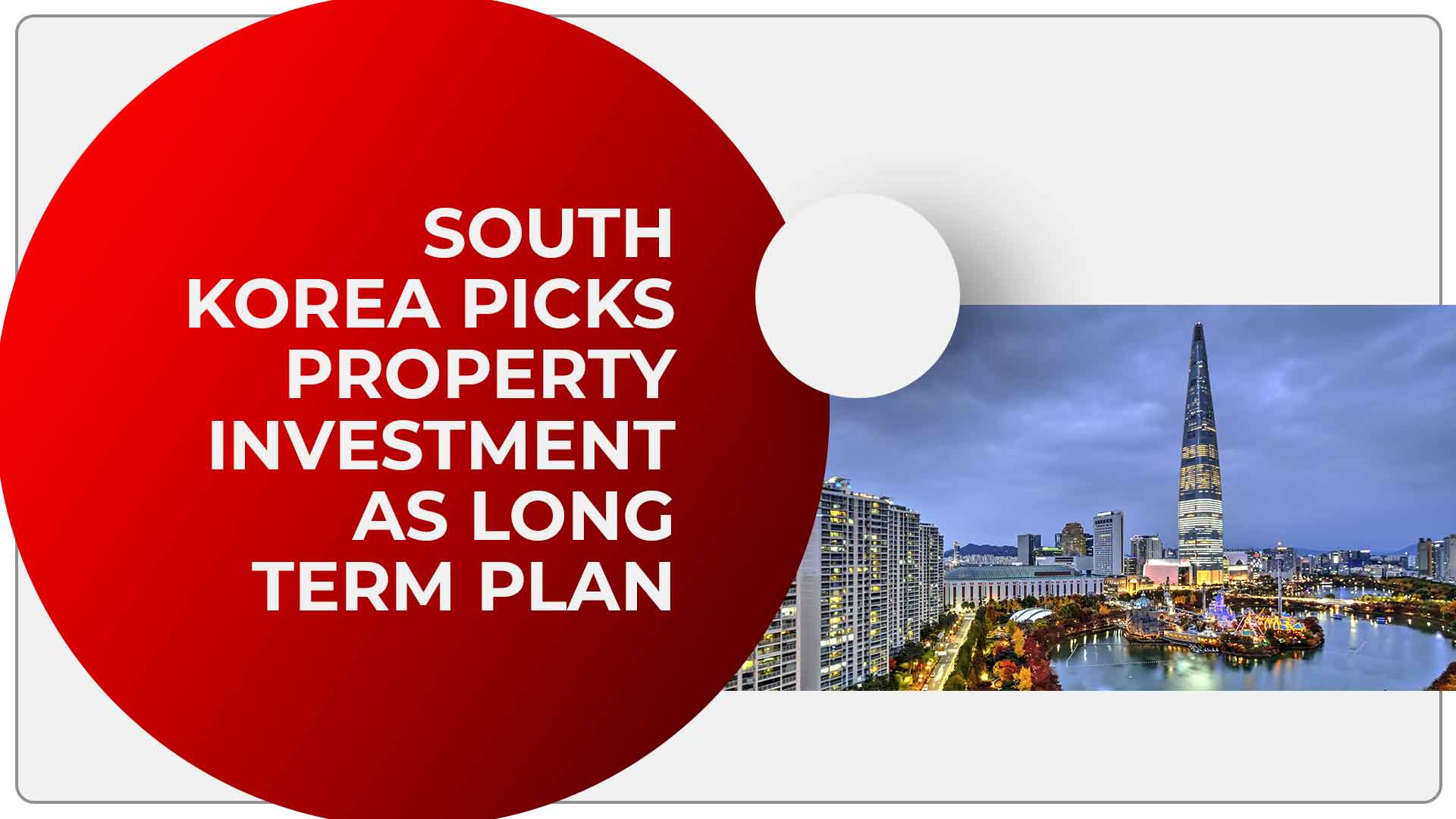 South Korea’s wealthy are picking real estate as their best long-term investment option amid the widespread bearish sentiments, a report released by a major financial group showed on Sept. 29.

The report, based on a survey conducted by a think tank under KB Financial Group, involved 400 South Korean high net worth individuals or investors with assets of more than 1 billion won ($833,000).
Of the total respondents, only 10 percent said they seek to expand the scope and size of their asset portfolio this year, reflecting the sluggish economy and stock markets weighed down by the ongoing US-China trade war coupled with the economic dispute between South Korea and Japan.

Among the types of investments the avid investors seek to expand, 61.6 percent or the majority chose real estate as their preferred long-term investment option. Nearly 35 percent said they saw investment in financial assets including bonds and stocks as a viable option.

The remaining 3.3 percent chose other types of investments, including gold.

Among types of real estate investments, 21.5 percent of the respondents chose commercial real estate — involving nonresidential properties such as stores or office buildings — as their preferred option.

The figures show that the nation’s wealthy have become more reluctant to make aggressive investments, the report noted, with the corresponding figures for the data released last year relatively higher. Analysts at KB cited the risks stemming from the ongoing trade disputes and a real estate market slowdown affected by the government’s announcement of measures that intend to stabilize the market, including price and loan regulations.

Regarding interests, 53.9 percent of individuals with more than 5 billion won net worth chose overseas properties as the investment type they were currently “most interest in.” About 54 percent of them with a net worth ranging from 1 billion won to 5 billion won also showed their interest in investing in foreign real estate market.

Vietnam ranked No. 1 in terms of the most popular overseas markets with 57.1 percent. Singapore, China and Malaysia followed with 32.1 percent, 30.7 percent and 26.4 percent, respectively.

The report cited the benchmark Kospi’s hefty losses –with its index shedding 17.3 percent by the end of 2018 on-year — behind the drop in value of key equity portfolios.

The average asset portfolios of the respondents were composed mostly of real estate investments, which accounted for 53.7 percent of the pie, while financial assets took up 39.9 percent.

Source : The Korea Herald
(The story has been published from a wire feed without any modifications to the text)