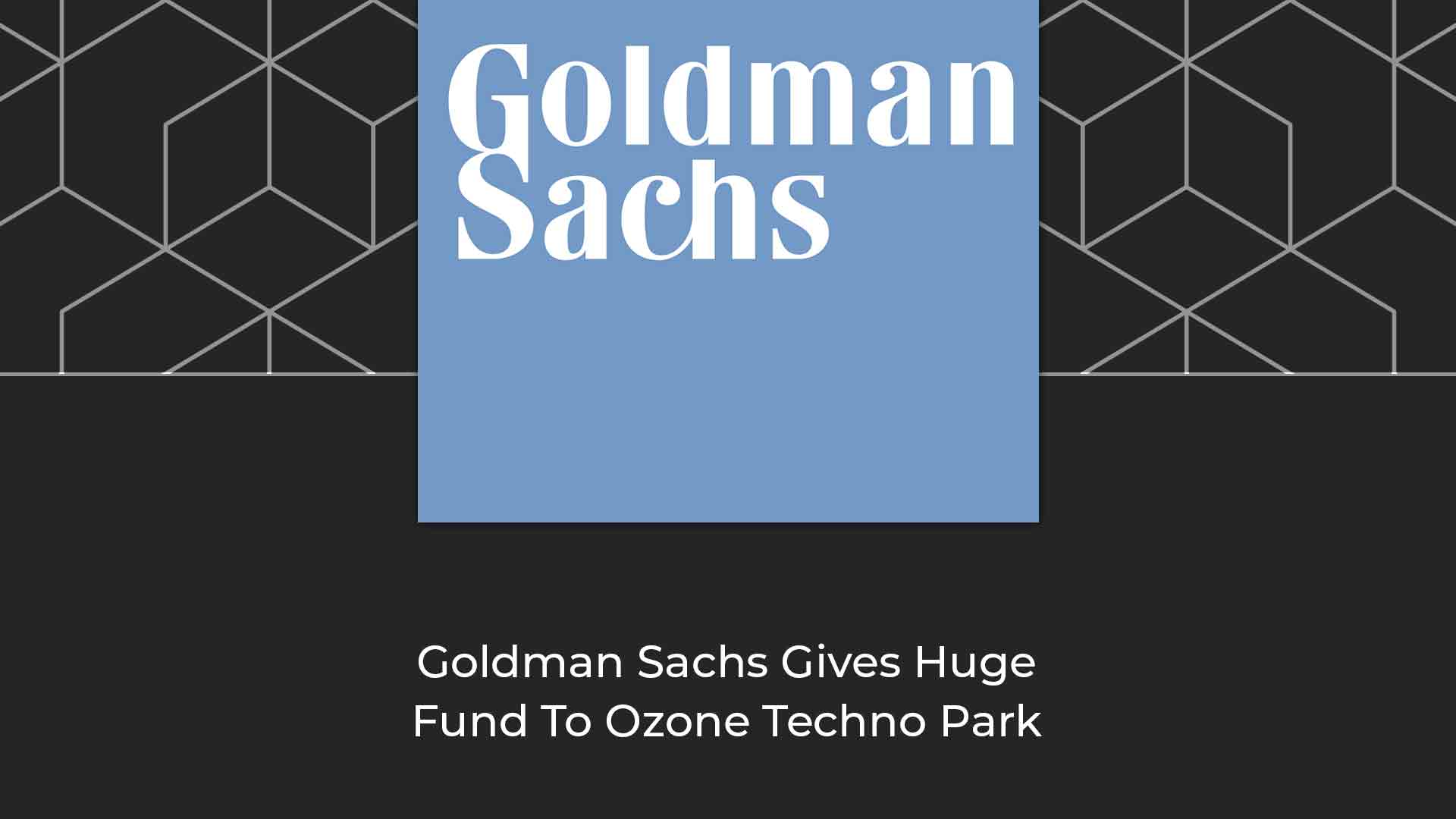 At a time when most NBFCs have stopped either making new investments or disbursing funds to real estate developers across the country, the Goldman

Sachs Group has put around Rs 500 crore into an income-producing asset of the Bangalore-based Ozone Group, multiple people aware of the development told ET.

Goldman Sachs has made this investment into the developer’s commercial project Ozone Techno Park in Chennai, jointly through two of its NBFC arms – Goldman Sachs (India) Finance Pvt Ltd and Goldman Sachs Investments (Mauritius) Ltd. The investment has been made through a structured debt arrangement.

Located on Chennai’s Old Mahabalipuram Road, Ozone Techno Park is a ready and fully leased commercial project that houses tenants such as HCL, CTS, Rainbird Healthcare and Firstsource Solutions. The IT park is spread over 7 acres with total leasable area of nearly

“It’s a safe bet given that the project is fully leased to blue chip global clients and offers a steady stream of rental yield. The deal will be completed in two tranches,” said one of the persons mentioned above.

The company is likely to use a part of the funds raised to repay some of its debt obligations, including to Urban Infrastructure Venture Capital that has exposure to some of its other projects.

With lending by banks to real estate sector slowing down since 2011-12, the role of NBFCs and housing finance companies had gained prominence. The realty sector’s outstanding credit from these entities had tripled to $40.2 billion in 2017-18 from $13.4 billion in 2011-

The liquidity crisis that started with the default of IL&FS last year has changed the scenario completely.

However, the Goldman Sachs Ozone transaction stands out as this is for a yield-producing commercial asset and is not a private equity investment, financed instead

The Ozone Group, Goldman Sachs and Urban Infrastructure Venture Capital Fund declined to comment. Income-producing commercial assets have proved to be a major draw for most of the global institutional investors that are active in India or are keen to invest here.

Against the backdrop of an ongoing policy overhaul, rising investor confidence, enhanced transparency, and sustained growth in demand for grade A commercial office space, experts believe the investment momentum will continue to rise.

The commercial real estate segment has emerged as the most favourable asset class for institutional investors with a five-fold increase in capital flows to $8.2 billion between 2014 and 2018 from $1.6 billion in the preceding five-year period starting 2009.

Bangalore-based Ozone Group commenced operations in 2004 and currently has 15 million sq. ft. under development and 30 million sq. ft. in pipeline across Bangalore, Chennai, Mumbai and Goa.