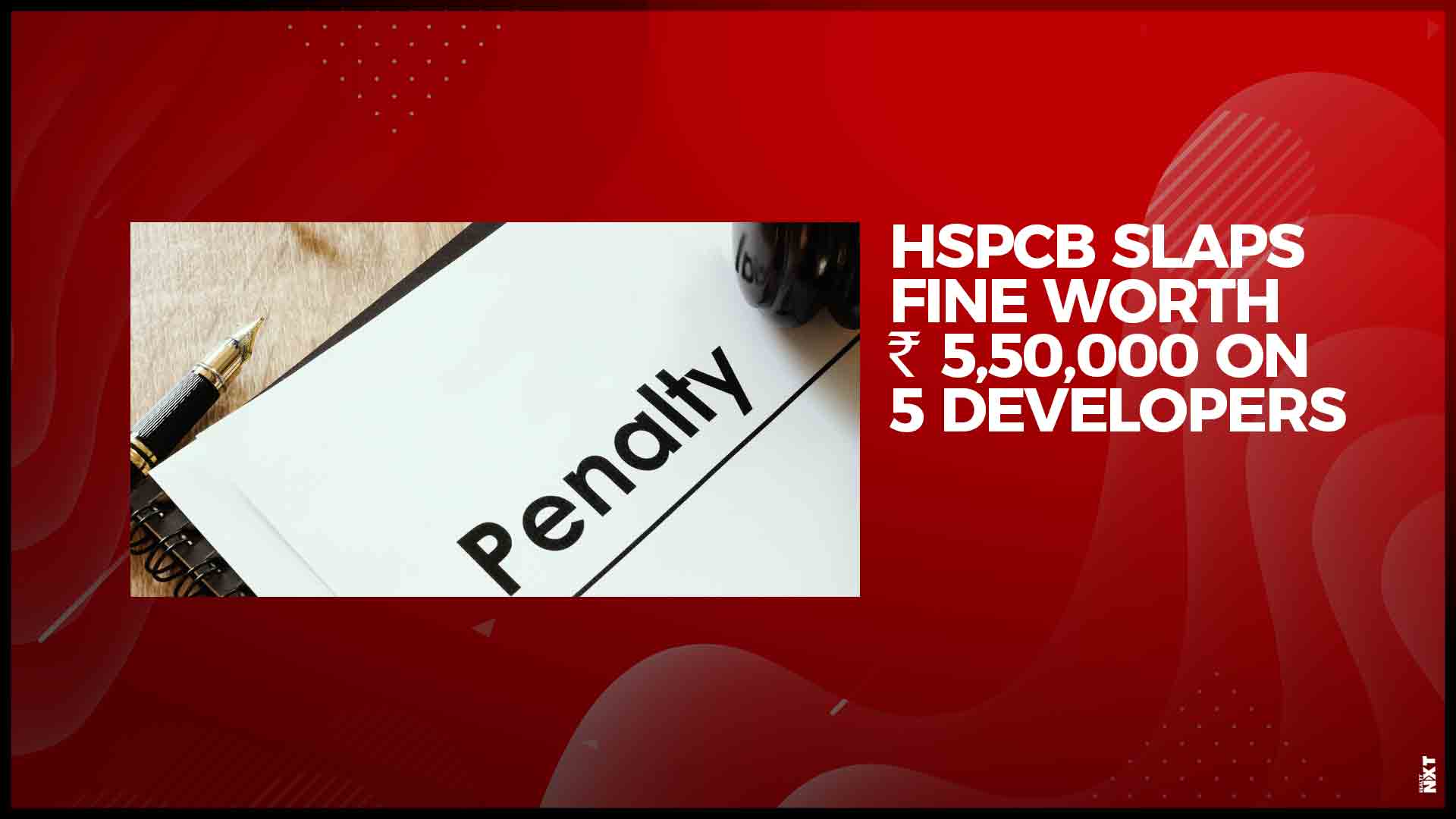 The Haryana State Pollution Control Board (HSPCB) has issued notices to five builders and imposed heavy penalties on them for violating construction norms. The move came after the Environment Pollution Control Authority (EPCA) issued strict directions to the authorities to control dust pollution before the Graded Response Action Plan gets implemented.

A team from HSPCB visited the sites, slapped a penalty of Rs 5,50,000 on each builder and ordered them to stop the construction immediately. “The construction site was visited on September 29. During inspection, it was found that you have not taken appropriate measures in compliance with the National Green Tribunal (NGT) order… as well as MoEF guidelines 2010 issued for construction activity and it’s deteriorating the air quality of the area,” states one of the notices.

“A team from the pollution control board carried out the inspections. The five developers include, M/S TS Realtech Private Limited , M/S Sterling Infrastructure Pvt Ltd for a group housing society in Sector 79, builder of Felix Plaza (Sector 82A), and M/S Ultratech Cement Limited for Ultratech Concrete, Naurangpur to Tauru Road and M/S Raheja Developers Ltd. for Revanta, Sector 78. They have been found to be in violation of NGT guidelines. Out of these five projects, two have already paid the penalties of over Rs 5 lakh each. We have also directed them to take corrective actions for proper dust suppression system immediately as per the guidelines at the earliest,” said Shakti Singh, regional officer, HSPCB, Gurgaon.

The HSPCB officials said that those who fail to respond to the notice might have to face closure. “You are issued a show cause notice for 15 days as to why your construction activity may not be stopped or closure order under section 31-A of Air (Prevention and Control of Pollution) Act, 1981 including disconnection of captive powers for non-compliance of the provisions of the said acts/ guidelines/ notification issues by MoEF,” states the notice further.

In April 2015, the NGT gave strict instructions to the civic authorities and monitoring agencies (HSPCB) to check dust pollution caused by construction sites. The green court instructed to strictly impose a fine of up to Rs 5 lakh on builders, who are found to be violating the 2010 construction guidelines of the Ministry of Environment and Forests.