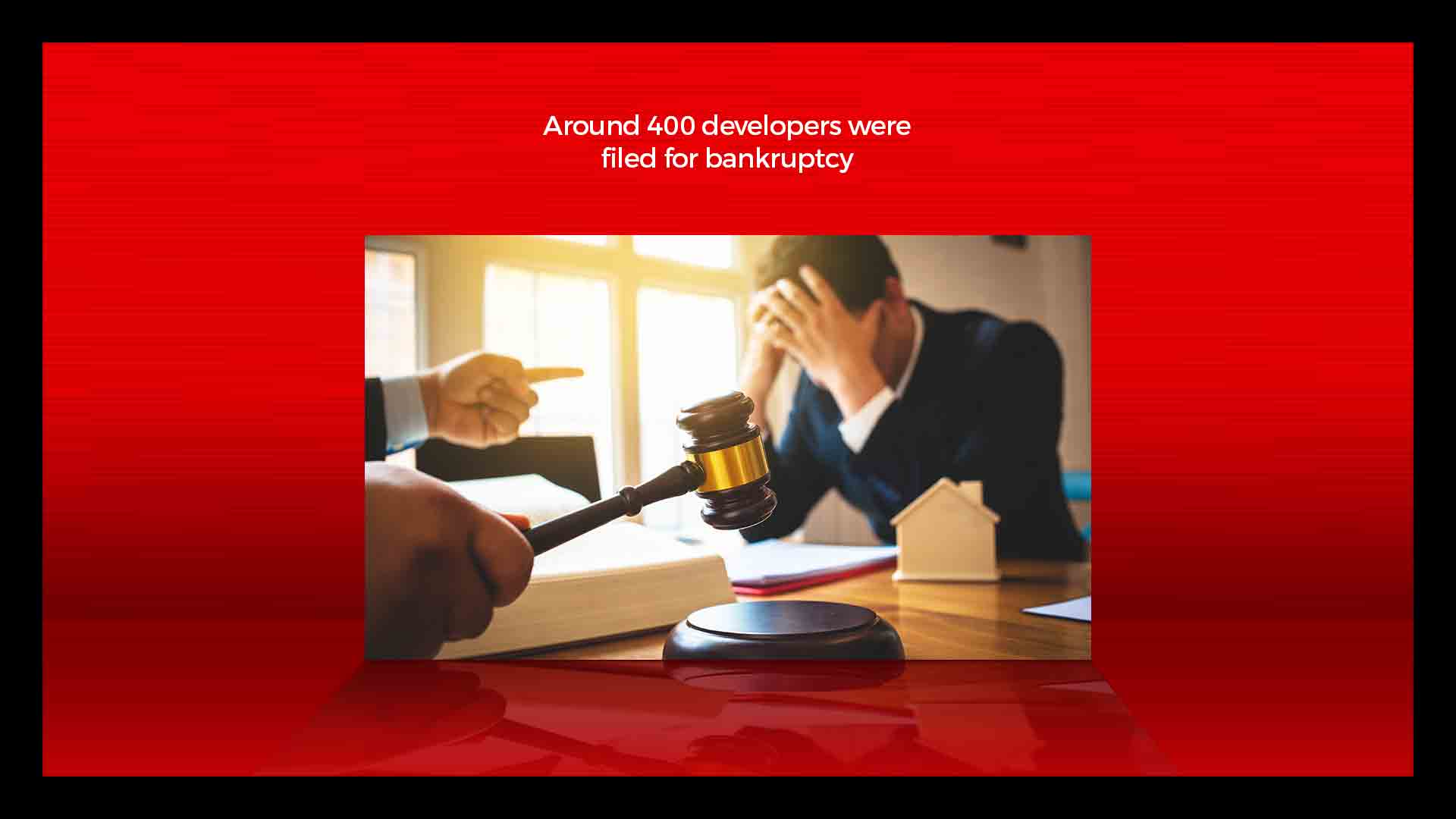 Out of the 421 cases, 257 are ongoing while the remaining have been closed, which means these have been dissolved, withdrawn, or the firms faced liquidation.

The number of property developers who have been dragged to the bankruptcy court has more than doubled in less than a year as a prolonged slump in sales and the ongoing liquidity crisis make things tough for many in the country.

For the period ended June 30, as many as 421 realtors were under the corporate insolvency resolution process (CIRP), up from 209 as of September 30 last year, data from Insolvency and Bankruptcy Board of India show (see graphic) .

Out of the 421 cases, 257 are ongoing while the remaining have been closed, which means these have been dissolved, withdrawn, or the firms faced liquidation. The number of ongoing cases will rise further unless the liquidity crisis is arrested, experts say.

The numbers, second highest after the manufacturing sector, show the dismal state of the Indian residential market, which has been hammered for half a decade. Excess inventory initially caused a slowdown, and then the sector received a hammer blow from demonetisation, implementations of RERA and GST, and finally the IL&FS crisis, which stopped non-banking finance companies (NBFCs) from lending to real estate. “Most developers who have been taken to court were running unsustainably. It was already a bad situation in the last 10 years where they were borrowing to pay the interest.

The working capital requirement was funded by the lenders. With the NBFC crisis, the music has stopped,” Pankaj Kapoor, founder and managing director of real estate research firm Liases Foras, said. Builders have been unable to complete projects in the absence of funds.

Funding by NBFCs tanked 73% to $140 million in the first half of the year, compared to $520 million in the previous year, as the RBI tightened lending norms for such institutions and housing finance companies (HFCs) after the IL&FS debacle, according to data from property consultancy firm Anarock.

Additionally, slow sales and a record unsold inventory reduced cash flow for developers. Housing sales contracted 20% in the third quarter across the top seven cities to 55,080 units, compared to the previous one. At the same time, inventory remained perched at 6.6 lakh units.

“The liquidity crisis brought these builders down,” said Anarock chairman Anuj Puri. While the government has instructed banks to organise loan melas to spur demand among consumers in agriculture, auto, home and education, it remains to be seen whether the ongoing festive season can result in a turnaround for builders.

“The prolonged slowdown has led us to where we are. If things do not improve by January, we are in for a long winter,” Chintan Patel, partner, deal advisory – real estate & hospitality at KPMG in India, said.