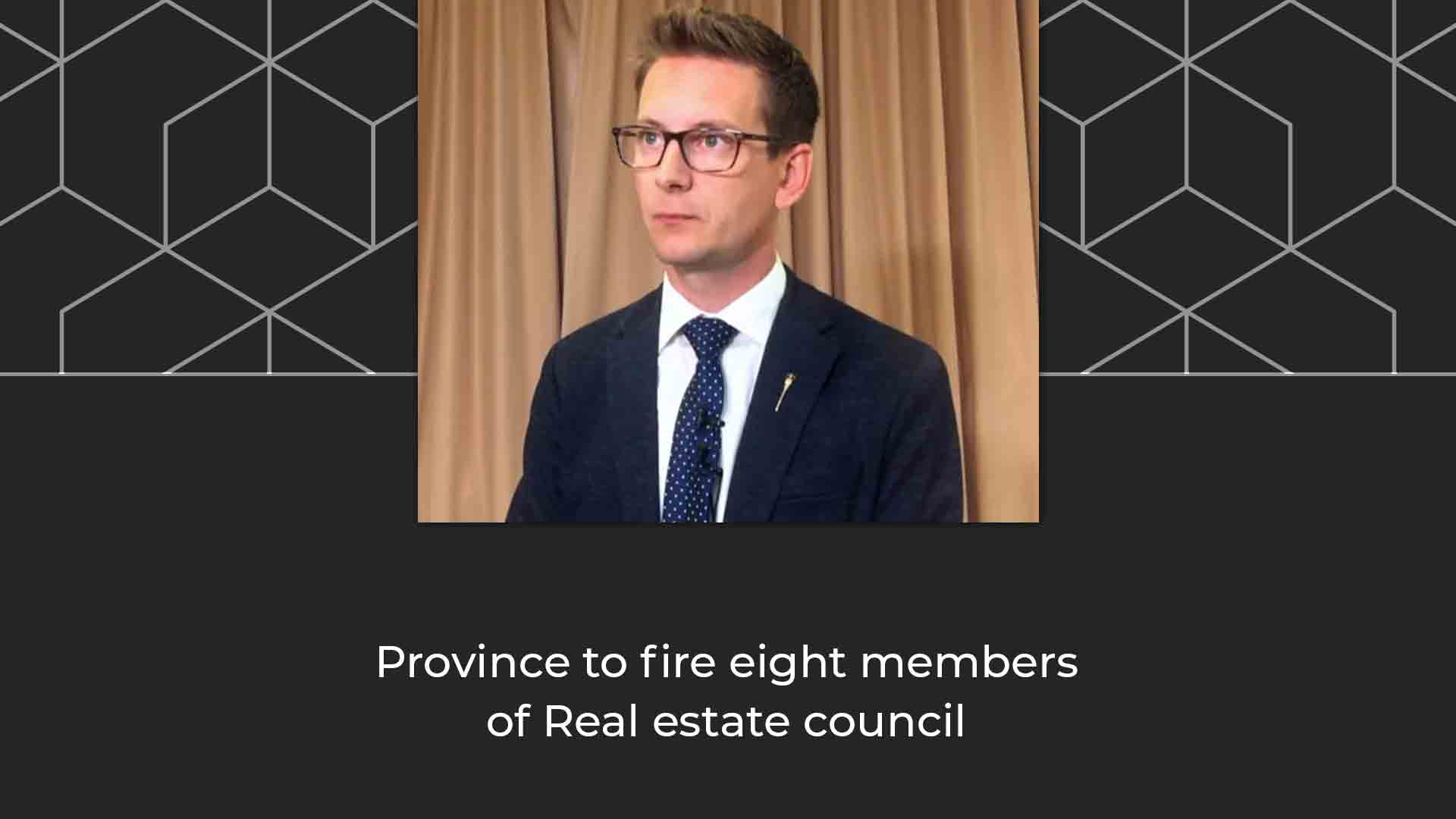 The province will fire all eight remaining members of the Real Estate Council of Alberta and appoint an official administrator, actions recommended by a consultant asked to investigate “significant conflict” on the council.

“By every measure, the Real Estate Council of Alberta has received a failing grade,” Service Alberta Minister Nate Glubish said shortly after introducing the Real Estate Amendment Act 2019 in the Alberta legislature.

The proposed legislation gives Glubish the power to implement the recommendations.

If the legislation is passed, the official administrator will take over the functions of RECA, which regulates Alberta’s real estate industry, for up to a year, and oversee the transition to a new council.

The review by the auditing company KPMG was launched in January 2019 after Service Alberta received several dozen complaints from industry and the public dating back to 2016.

Toxic and dysfunctional interpersonal relationships within the 12-member council, between the council and RECA administration and the council and industry were cited in the review as problems too entrenched to be remedied.

“Based on the evidence outlined, it would appear that the most effective and timely way to resolve council’s governance challenges would be to dismiss all council members,” said the report, sent to the minister in June.

“There are too many issues with the current composition and operations of council to enable an effective governance body.”

The report outlined poor relations with the industry associations represented by RECA and a tendency for members to spend 80 per cent of their time discussing governance issues, instead of considering the strategic and regulatory matters that are the reason for the council’s existence.

The KPMG report said the council doesn’t have enough public members as ten of the 12 spots on the board are members of the real estate industry. Glubish said one industry association’s ability to control most of the spots contributed to the problems identified in the report.

Four members resigned from the council following the release of the KPMG report. The remaining eight will be dismissed by the minister.