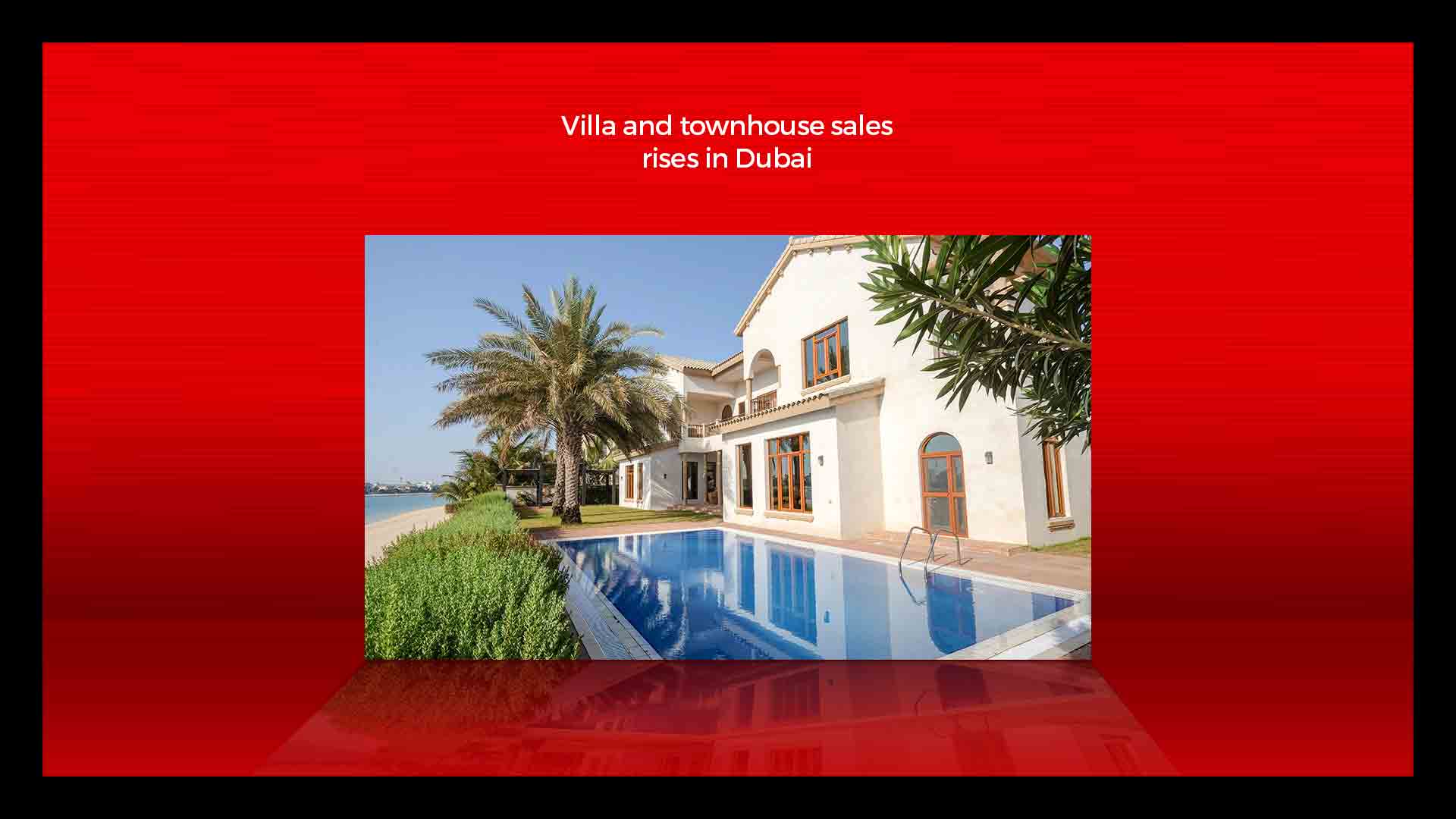 Villa and townhouse sales in Dubai hit a five-year high in the first three quarters of 2019 driven by the introduction of affordable housing to the emirate, according to the latest statistics from Property Finder.

“In 2017, we saw the first wave of affordable townhouses hit the market in Reem Mira and they were in high demand. Developers have since followed suit as they realised the trend and demand for affordable stock was clearly there, said Lynnette Abad, director of data and research, Property Finder.

Villa and townhouse transactions in the summer of 2019 again hit a five-year high, with 1,841 deals registered.

The third quarter of 2019 also saw impressive sales (2,310) for villas and townhouses, ranking second in terms of performance since 2015.

“There is a good amount of affordable villas and townhouses available in the market today and investors have their choice, both in the ready and off-plan sectors. There are also good deals to be had in the off-plan and ready space as developers are eager to clear their inventory,” Abad added.

September 2019 saw the second highest number of transactions for off-plan villa and townhouses (601) in the past five years, ranking behind February 2017 (927).

Dubai has registered 2,777 off-plan villa and townhouse sales cumulatively in the first three quarters of 2019.

The communities of Villanova (395) and Dubai South (314) have seen the highest number of villa and townhouse transactions this year. In the ready space, Wasl Gate in Jebel Ali (219), Emirates Living (101) and Dubai Hills Estate (77) have dominated sales while in the off-plan segment, Villanova (379), Dubai South (309) and Arabian Ranches 3 (247) have accounted for most sales.