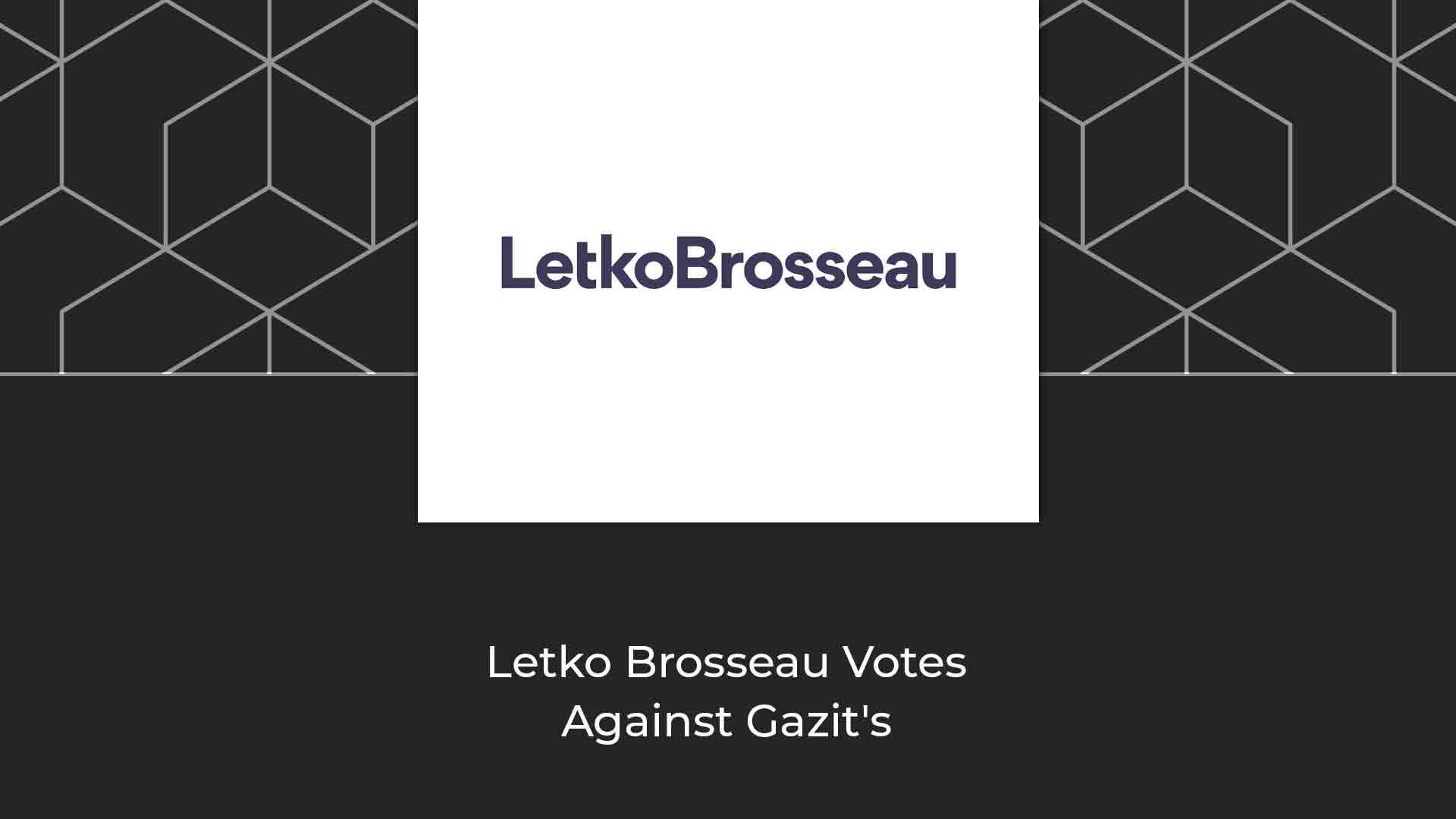 On July 23, 2019, the Board of Directors announced an agreement with majority shareholder Gazit-Globe Ltd (“Gazit”) who owns approximately 60.1% of Atrium’s shares to acquire the remaining stake.

After diligently analyzing the recommended offer and engaging with concerned stakeholders including representatives of Gazit and Atrium, Letko Brosseau has unequivocally concluded that the proposed transaction is unacceptable to minority shareholders and will vote AGAINST the offer. The offer price of €3.75 per share heavily undervalues the Company and unduly benefits Gazit at the expense of minority investors.

Letko Brosseau’s rejection of the proposed offer is based on the following factors:

Finally, Atrium operates in some of the fastest-growing economies in Europe, with strong labour markets and consumption trends. Store-based retail sales are projected to grow at 4.2% annually in the next 5 years in Poland3 and 3.2% in 2020 in Czech Republic.4 Atrium has reported strong operational results including a high occupancy rate and net rental income growth. The balance sheet is in solid shape, with an investment-grade rating and low financing costs, making Atrium ideally positioned to execute on its significant development plans.

It is therefore Letko Brosseau’s position that Atrium should continue to create value for its shareholders and refrain from taking actions that unfairly prejudice the minority.

Letko, Brosseau & Associates Inc. is a Canadian independent investment manager founded in 1987. As of September 30, 2019, the firm manages approximately C$27 billion in assets for institutional investors and private clients. It has offices in Montreal, Toronto and Calgary.