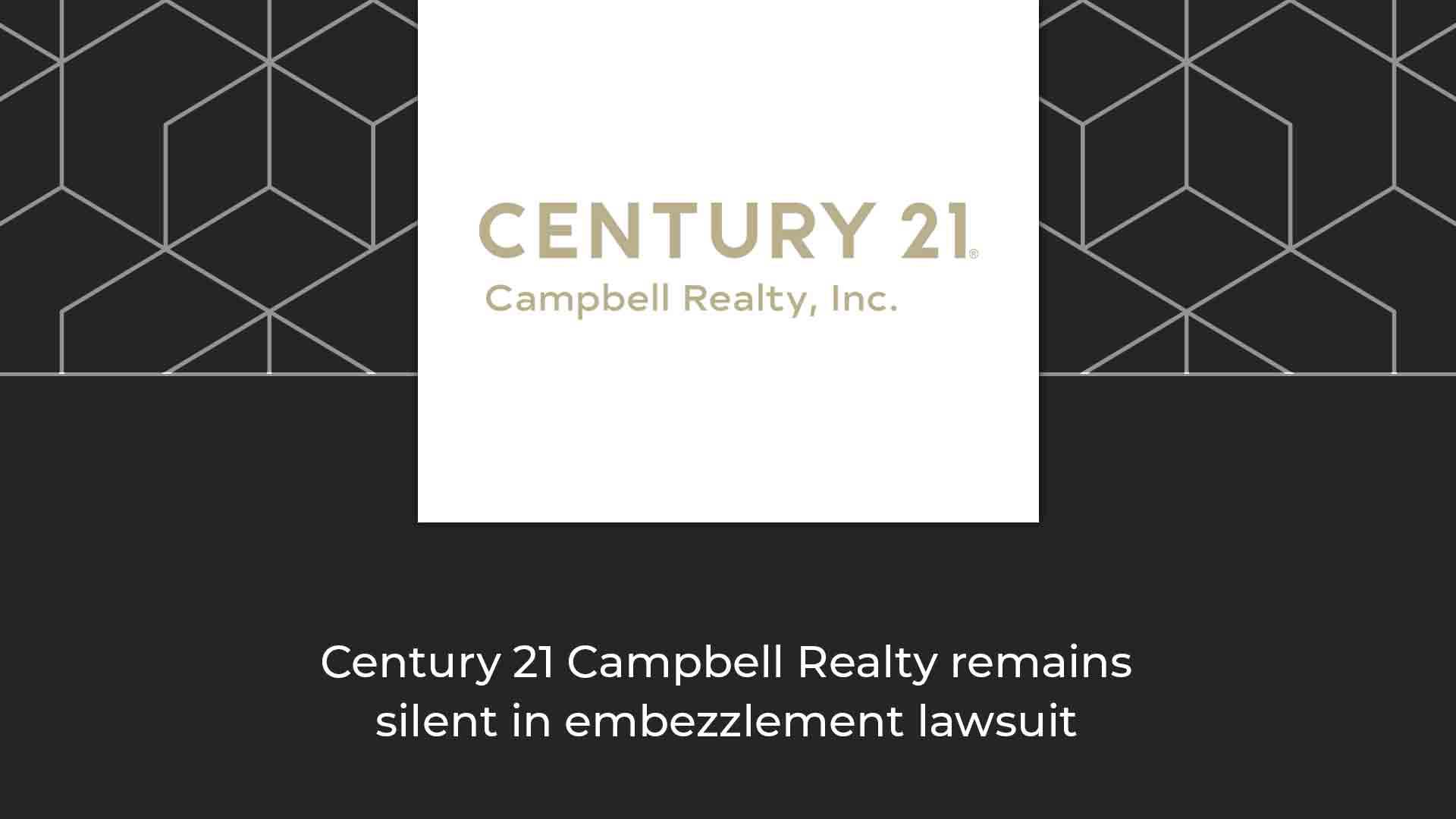 While the Campbells – the uncle and aunt of former EDA Executive Director Jennifer McDonald – are not defendants, their real estate company is mentioned several times in the lawsuit’s 47-page complaint.

In a written statement, the Campbells denied any wrongdoing by themselves or their company.

“For the past many months we have sat silently on the sidelines listening and reading about the alleged misuse of EDA and County funds to benefit certain individuals,” they state. “It is now time for us to speak out and defend ourselves, our names, and our company. We have been in business in this community 40 years owning and operating a successful real estate company with a stellar reputation.”

All of the schemes alleged in the complaint center around McDonald, who in addition to being named as a defendant in the civil lawsuit, stands charged on 28 felony counts related to financial dealings during her decade-long tenure at the EDA.

One of the lawsuit’s many allegations against McDonald relates to the 3.5-acre lot at the end of Royal Lane that was purchased by the EDA from the Campbells in 2016 for a workforce housing project that never came to fruition.

The EDA approved the $445,000 purchase of the land but, according to court documents, there are two contracts for the purchase.

On both contracts, the signatures of Walter and Jeanette Campbell appear to be identical.

A person’s signatures are never identical, according to the “The Expert Examination of Signatures” article that appeared in a 1961 issue of Journal of Criminal Law & Criminology – a Northwestern University School of Law publication.

“It is well known that a certain person will never write his signature exactly the same twice. If we have two signatures which can be exactly superimposed, one of them must be a forgery,” the study’s author, Jacques Mathyer, states.

Mathyer’s biography in the study states “he is one of Europe’s leading experts in the field of questioned documents.”

The EDA’s lawsuit states that the $575,000 figure was engineered through a “forged sales contract” and the additional $125,000 matches the amount of a payment made to Ocwen Loan Servicing LLC.

It is believed, according to the lawsuit, that $125,000 was used to pay the mortgage on a 186 Howellsville Road property owned by April Petty, who is described as “an associate in the financial affairs” of McDonald.

While Petty is a defendant in the civil case, she has not been criminally charged.

The lawsuit adds that “McDonald served as seller’s real estate agent on Defendant Petty’s property at approximately the same time as the Royal Lane Property acquisition by the Warren EDA.”

The Campbells’ statement notes that they are “tax paying citizens who have been taken advantage of not only as private citizens but also on a business level by the EDA and their purposefully orchestrated plan to deceive us and use our Company for personal gain.”

They also stated: “We do not know the inner-workings of the EDA and how it conducts business nor who was/is or should have been overseeing the day-to-day operations.”

In addition to being the EDA’s director, the lawsuit notes that McDonald worked for Century 21 and that she never timely disclosed who owned the Royal Lane property or her “active real estate agent business relationship to the owners.”

Then-EDA chairwoman Patty Wines, who has since died, stated in the release that she found it “ODD that there seems to be a group of people in Front Royal who are determined to manufacture a scandal.”

“Let me assure everyone – our work is challenging but we are certainly up to the task and we are devoted to the economic well-being of our entire community. There is no scandal here!” Wines stated.

Then-EDA Vice Chairman Greg Drescher stated in the release that McDonald “works under the Direction of this Board and does not make unilateral decisions without our approval.”

Also at the time, the EDA released nearly 400 pages of documents explaining the workforce housing project. The cover sheet to that packet – signed by Wines and Drescher – stated: “If, after careful study of these documents, you have additional concerns, please contact Jennifer McDonald. She will be more than happy to clarify.”

Another real estate scam alleged in the lawsuit is that McDonald diverted $345,000 of EDA funds to purchase 400 Craig Drive in Stephens City for William Lambert.

Lambert is also a defendant in the civil case and has been charged on two felony counts of obtaining money by false pretenses and one felony count of money laundering.

Lambert, who the lawsuit states was engaged to McDonald’s sister, received $4,763 in cash at the closing of the property. The lawsuit adds that McDonald and Walter Campbell “were the agents for that sale” and Century 21 Campbell Realty received a $16,000 sales commission.

In 2015, the lawsuit states that McDonald directed $110,000 from the EDA to help purchase a 1309 Robin Hood Lane home for her husband Samuel North. He is also a defendant in the civil case and has been charged on two felony counts of obtaining money by false pretenses and one felony count of money laundering.

As a result of the sale, the lawsuit states that Century 21 Campbell Realty received a $2,725 commission and North received $1,1713 at closing.

McDonald “was the broker for Campbell Realty in this transaction,” according to the lawsuit.

Jesse Poe, who the lawsuit describes as “an associate in the financial affairs of McDonald,” purchased a home at 118 Jutland Court in Stephens City “using $280,000 from the Warren EDA.”

Poe is also a defendant in the civil case but has not been criminally charged.

This purchase was made through “a check delivered by [McDondald],” according to the lawsuit, and was disguised as the purchase of a wetland credit.

As a result of this purchase, the lawsuit states Poe received $2,475 at the property’s closing and Century 21 Campbell Realty received a $16,300 sales commission. McDonald, according to the lawsuit, “was the agent for the sale.”

While McDonald may have worked for their company, the Campbell’s statement says: “We and Campbell Realty have done nothing wrong and all requested records have been provided to the courts and these records speak for themselves.”